This week Aldi has mushrooms for .69/pack.  Last year they had them for .39/package and I bought a ton of them . . 30+ packages  . . and dehydrated them, then vacuum sealed them in jars. 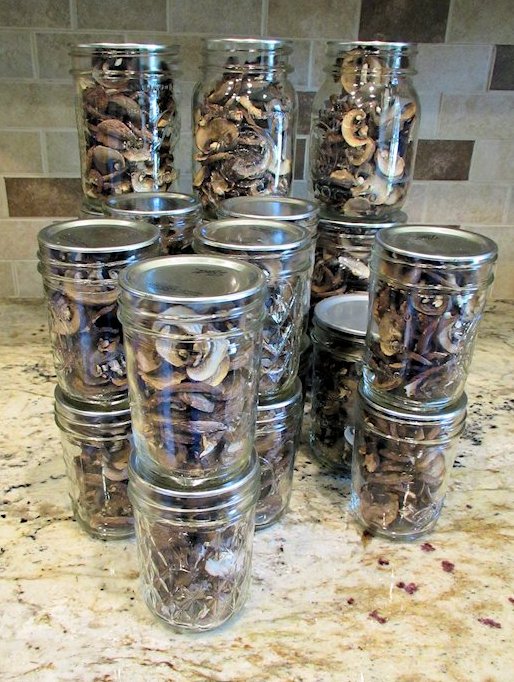 It’s been so nice having those, but it’s been almost a year and a half and they’re almost gone.

Yesterday I ran to town and stopped by Aldi and picked up 9 packages of mushrooms. Don’t ask me why I got an odd number but I did. I decided to try canning them and see how they turn out. 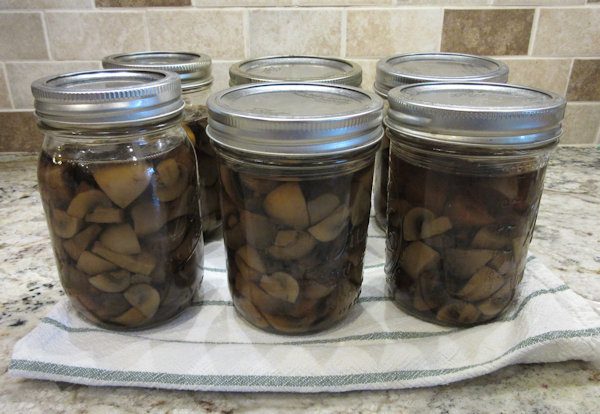 From nine packs of mushrooms, I got 6 pints. I was concerned about the texture but I put just a few in a small jar and tasted them and they taste pretty much like storebought canned, and I like those. The pints can be opened and then kept in the fridge for a week or so.

The hardest part was washing all the mushrooms. The canning was easy – nice to can something that isn’t sticky after making so much fig jam.

We use a lot of mushrooms and I’ll have to make another trip to Aldi and get more.