I am not a snob when it comes to name brands. I want what works best for the lowest cost. I don’t care about having the newest and best of anything. We drive old vehicles. We live in a little house. My jeans mostly have holes in them – not the stylish kind of holes but the . . oops . . I got too close to the barbed wire kind of holes.

And in this world of craziness, don’t we all need to know which water bottles are best?  🙂 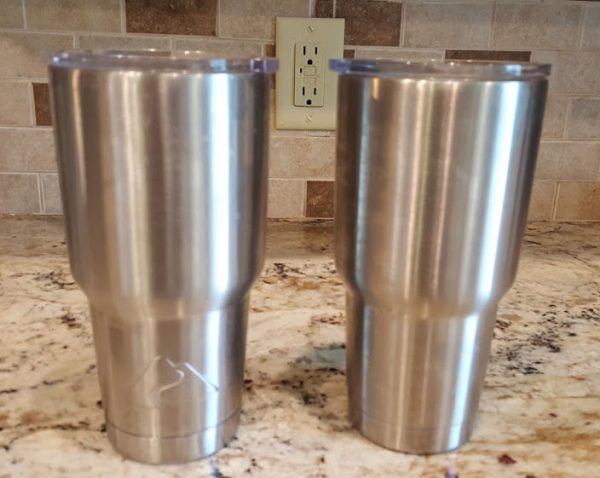 None of them sweat or end up with condensation so putting them down on furniture is never a problem.

The Yeti cups sell for somewhere between $25 and $40, depending on where you buy them.

The Ozark Trail is less than $10 at Walmart

The Manna bottles are impossible to find so I guess that makes the priceless!  Seriously, we bought a two pack for $19 at Sam’s Club several months ago. We actually bought two – two packs but had I known how much I love them, I would have bought more.

The Yeti and the Ozark trail have openings in the lid for drinking without removing the lid or a straw can be inserted. The convenience of having the opening also reduces the insulating quality. 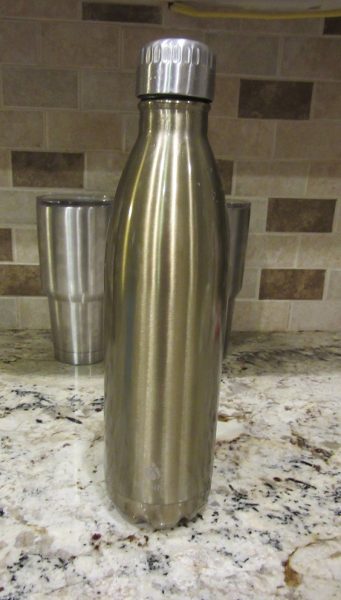 The Manna bottle has a screw on lid that has to be completely removed for drinking. When driving down the road, having to remove the lid and turn the bottle up to drink is probably not real safe. It’s much easier to drink through a straw in the Yeti or Ozark Trail while driving.

The Yeti and Ozark Trail cups will fit in the cup holders in our vehicles. We have handles that slip over both of them (same handles, purchased separately, fit either).

The Manna bottle fits in the cup holder but is so tall that it will fall over easily but with the top on securely, it will not leak.

The Yeti and Ozark Trail cups will leak if turned over . . but really, there’s not much reason for them to be turned over. They’re quite sturdy and heavy enough even when empty to be stable.

At 11:00 a.m., I placed 12 ice cubes in each cup, along with 2 cups of cold water. I placed the lids on the cups and left them sitting on my kitchen counter. The a/c was running and it was a constant 74º in the house. 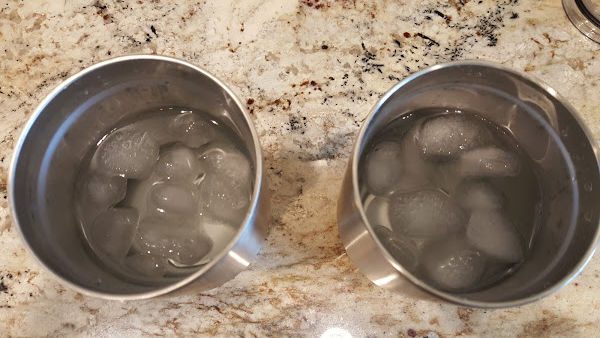 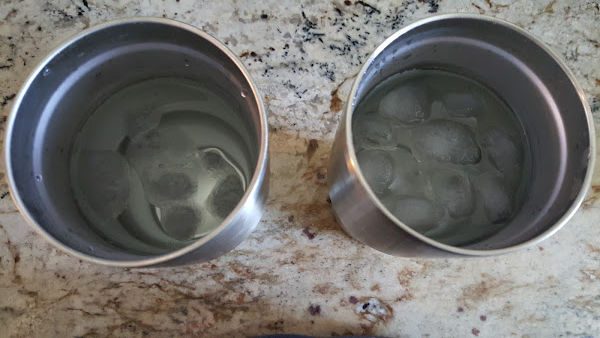 Here’s my opinion. If I’m going to buy one or two cups for myself, I’m going to get the Yeti. As far as keeping water cold inside the house (and probably outside it performs better too but I can’t say that for sure), it’s the winner. If I were buying cups for my 6 middle school and high school kids (that I don’t have), I would get the Ozark Trail (or better yet, they could buy their own and get anything they can afford).

The Ozark Trail is not a bad cup but the Yeti performed better and for $15 or $25 difference, considering how long and how much I would use said cup, I’d go with the Yeti.

Except . . I LOVE my Manna cup. It is the one I have with me all the time. I love the screw on lid, even though a bit inconvenient. I can drop it down in my knitting bag when I’m going inside . . like a doctor’s office to wait, or to the tire shop to get my tires rotated (which I just did this week). I can take it to the sewing room and not have to worry about Boots sticking his little tongue down the drinking hole. I can take it to the garden and not worry about a bug falling through the drinking hole.

One drawback with the Manna cup is that a whole ice cube will not fit down the hole at the top. Why didn’t they make that just a tad larger? 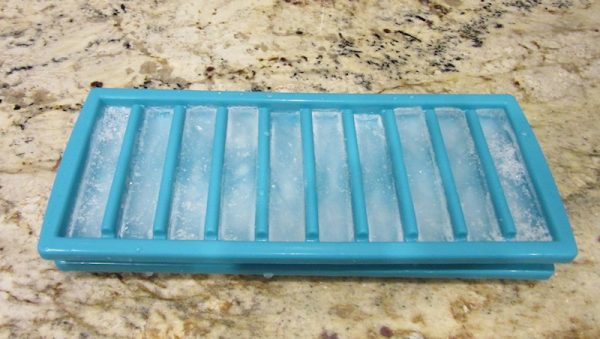 These water bottle ice trays will fit just fine and the cubes from two of them will fill up the Manna bottle. If I pour ice water from the fridge into the cup with the ice cubes, there will still be ice in the cup up to 48 hours later if the cup has been inside the air conditioned house and even when it’s over 100º outside, the cup will keep ice for 24 hours. I had taken Vince some water outside when he was working and he left it out there and the next day, it still had ice in it.

The Ozark Trail bottles can be a bit had to find at Walmart. I have no idea where you could find the Manna bottles. The Yeti Tumbler seems to be everywhere!

The minute I finished posting this, a friend shared a video that showed the Ozark Trail bottle kept the water cold longer than the two other bottles, including the Yeti so . . that just goes to prove that some things are truly a mystery and probably always will be.  🙂