Since I’ve sprayed the okra twice now with the chelated iron spray, it’s looking so much better and I’m thinking I might get some okra this year. It will make til a hard frost . . if it will just keep growing.

It’s funny how finicky some plants are. Everything will grow in the same spot except the okra. 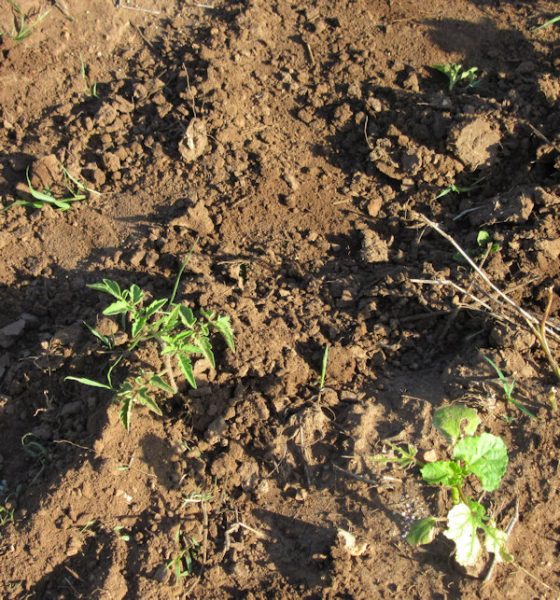 There are a couple of tomatoes that have sprouted up in the okra patch. 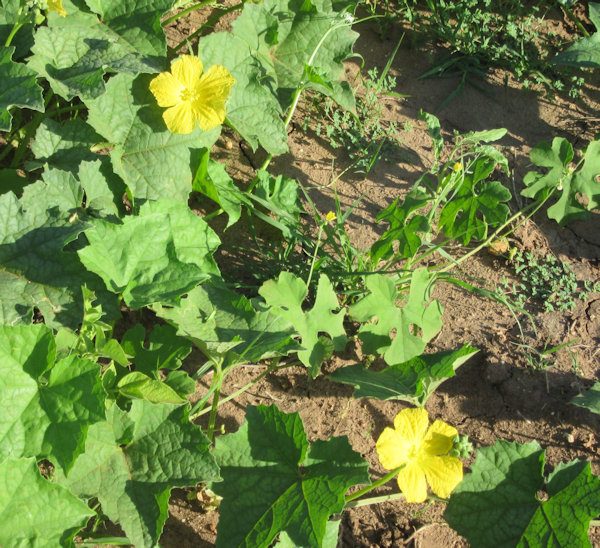 In one part of the okra, a loofah from last year must have been left behind because there’s loofah growing everywhere. One of those things has a million seeds and it seems that every one of them sprouted in the okra patch. 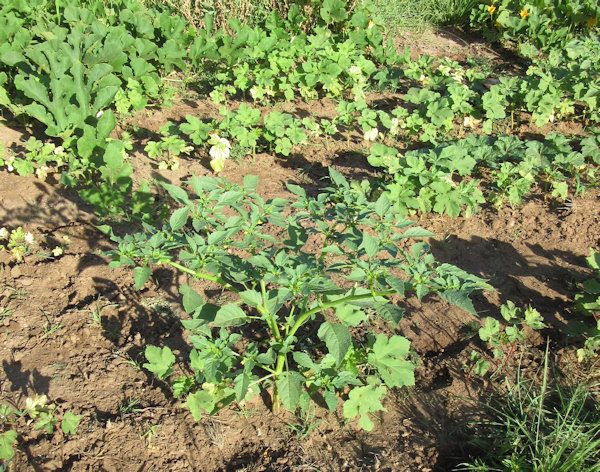 The first year we were here, I planted tomatillos. Plant those things once and you’ll have a lifetime supply. They come up everywhere and I always get enough to make green salasa.

Why is it that everything else finds the soil acceptable but okra wants to play hard to get?