It seems that every year, except for last year, there’s something that is the star of the garden and this year, it’s pumpkins and squash. 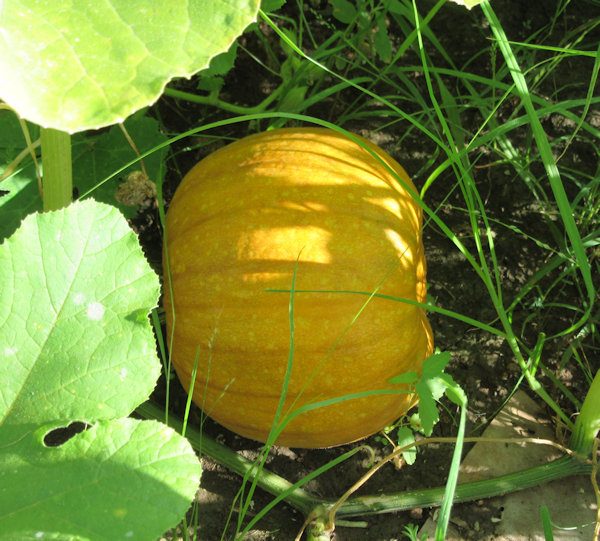 Pumpkins don’t have to be totally orange to be ripe but my tried and true method of knowing when they’re ready to pick is when the outer skin is hard enough that my fingernail doesn’t easily poke through it.  I love that several articles I read said that when the pumpkins are ripe, summer is almost over. I guess that’s true if the goofy gardener didn’t plant them right after the last frost!  🙂 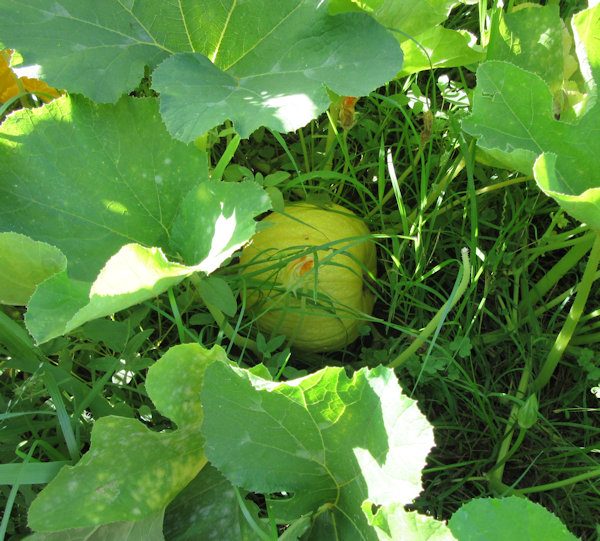 There are a bunch of these little pie pumpkins in the garden. I’m guessing 25 or 30 and I only planted 6 or 8 seeds . . thank goodness.

The pumpkins are growing outside the fence. I asked Vince if we could do something to keep the critters from eating them. I don’t want to give the critters any incentive to find a way into my garden. I was thinking maybe we could build a little chicken wire fence around the vines outside the garden but Vince’s idea was so much easier. He ran over all the vines with the mower. Do you not remember that I wanted to put a fence around those? 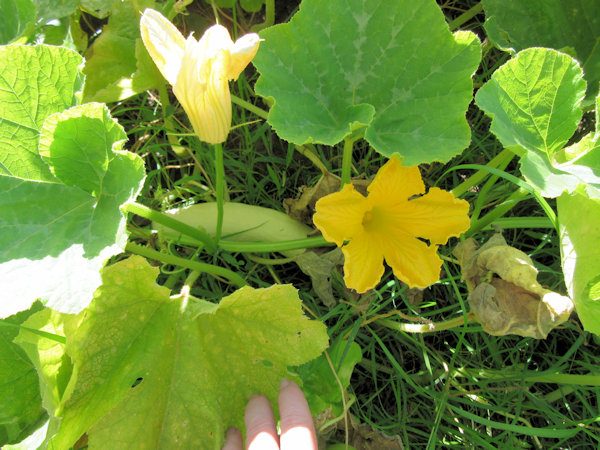 I’ve been so tempted to pick this Georgia Candy Roaster. I’ve never tried it but it isn’t ready yet and I’ve talked myself out of picking it. It’s right by my path in and out of the garden and any day now, I’m going to reach down and grab it before I can stop myself. It’s more like a winter squash and the skin needs to be hard before it’s ready .. and it isn’t ready yet. 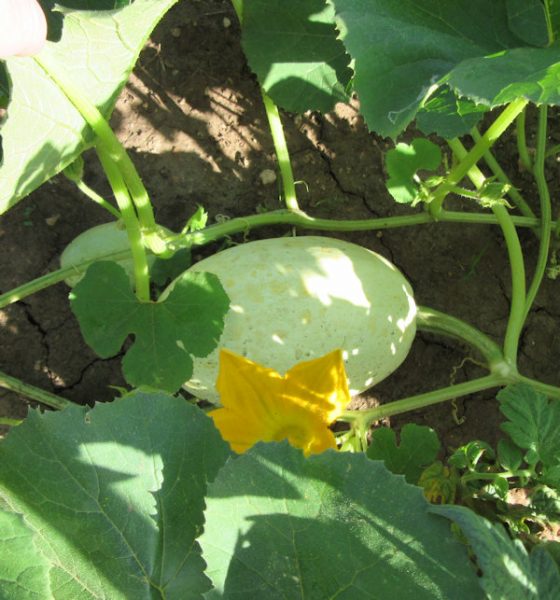 The spaghetti squash are getting as big as those in the grocery store and I’m also wanting to pick those. I suppose not getting tomatoes, which I should be getting this time of year, makes me want to pick something . . anything . . whether it’s ripe or not!

Like the pumpkins, the spaghetti squash will be ready when my fingernail doesn’t easily puncture the skin. I haven’t even tried yet because I know it isn’t ready .. I just want it to be ready! 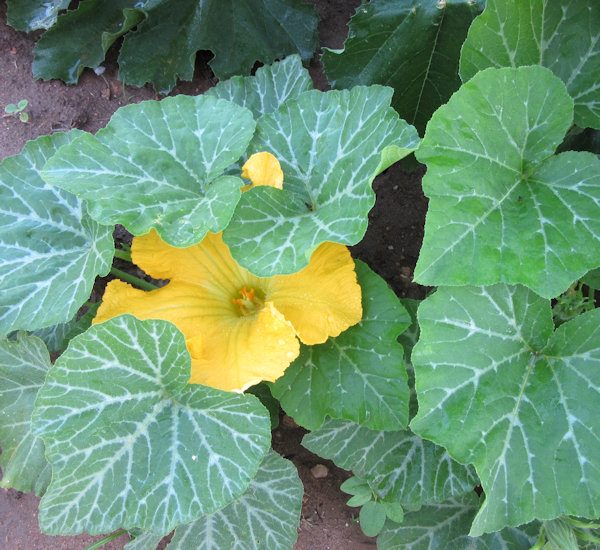 Look at the size of that squash blossom! 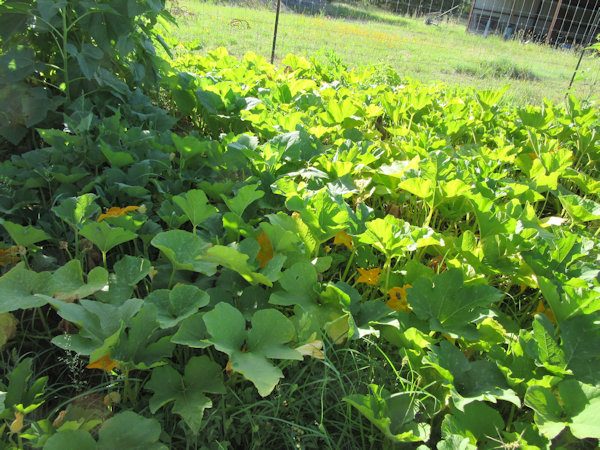 The pumpkins are still full of blooms.

No matter how many blooms, no matter how many not yet ripe pumpkins and squash, I know that until they’re ripe and ready to be picked, I can’t count on anything but I am thankful that there’s enough potential to give me hope because I’d be pretty sad if all I had this year were tomato plants.