As much as I whine about being so far from MO, I wouldn’t mind staying right here in Texas forever. The people here are so nice. Yesterday, it was warmer in MO and LA than it was here! Well, heck . . there it is again. It may be because it’s morning and our nights are cool here. I’ll have to check it later in the day. 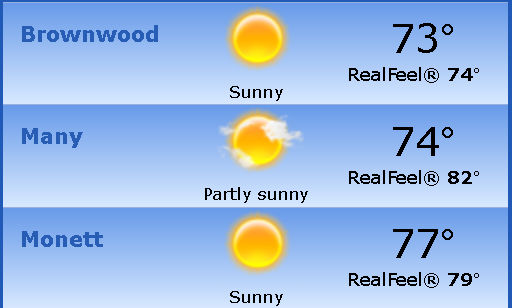 It’s about the people though. People here, for the most part, are so nice. Yesterday I shared my pimento and cheese and cucumber spread with a friend who has been sick. Later, I got this text message from her. I will get the cucumber recipe posted later today. 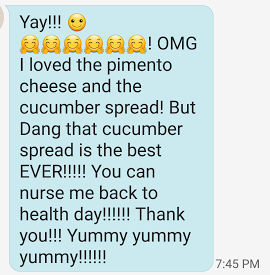 Then another friend called to say she was coming by to visit and when she arrived, she had a warm blackberry cobbler for us. 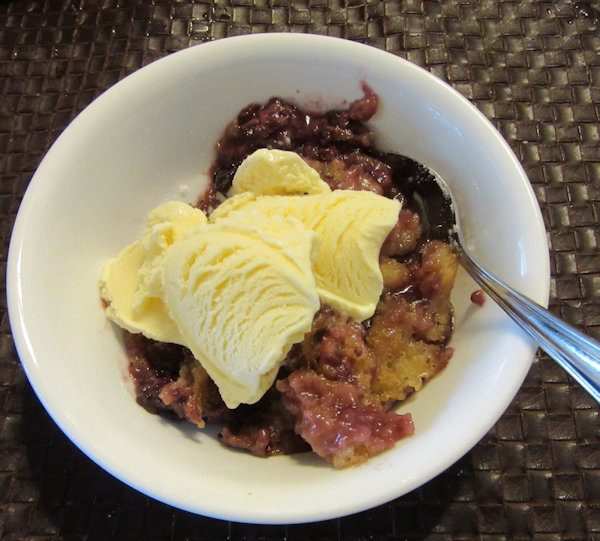 We happened to have some Homemade Vanilla (Blue Bell) ice cream in the freezer. That cobbler was such a welcomed treat because I haven’t been making dessert since we’re trying to cut back on sugar and that made it especially delicious and appreciated!