We both order a lot of stuff from Amazon. I think I order less, so long as you don’t count cooking items – supplies and gadgets and, of course, I think everything I order is needed and most everything Vince orders isn’t necessarily needed!

Over the weekend he placed a couple of orders. Sometimes he doesn’t tell me what he orders. I never tell him what I order. If he orders something big, he’ll usually mention it . . I think mostly because he thinks I react differently when big things arrive and telling me about it before I see it makes it alright. Then, if I react negatively when it arrives, he will say “we already talked about that!”.

UPS generally comes late in the evening so it’s rare that something arrives that we don’t both see anyway. This morning UPS came early and I even said to the guy “I love it when you come early and I get my purchases all put away before my husband gets home!” There were several boxes. One was mine so I opened it, put it away .. never to be seen or discussed by Vince.

Vince came home for lunch and I said, quite smugly, “You got two packages from Amazon!”  He opened the first one and it was something we had talked about. He said the other package “must be the lights”. He opened it and said “WHAT THE HE**? 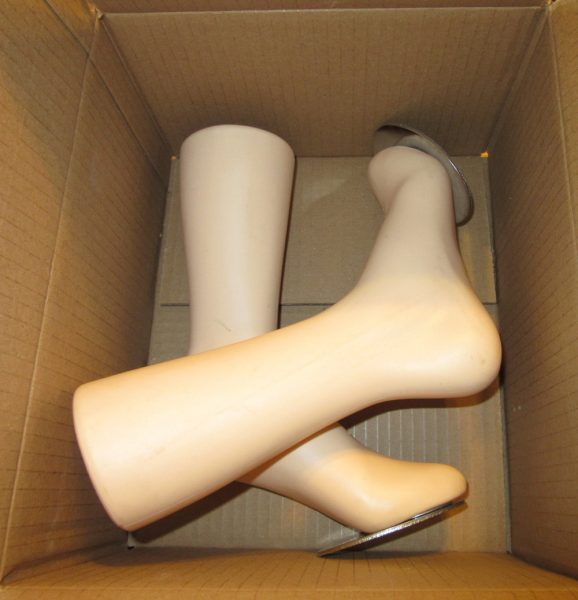 I had totally forgotten that I had ordered these leg/feet forms for photographing my socks. It would have been so easy to unpack them, stick them in the closet and he’d never have even noticed and then, when I finish socks and bring them out for the photo, I could say “Oh, these? I’ve had them!” . . for 3 or 4 days . . . but he wouldn’t have to know that. 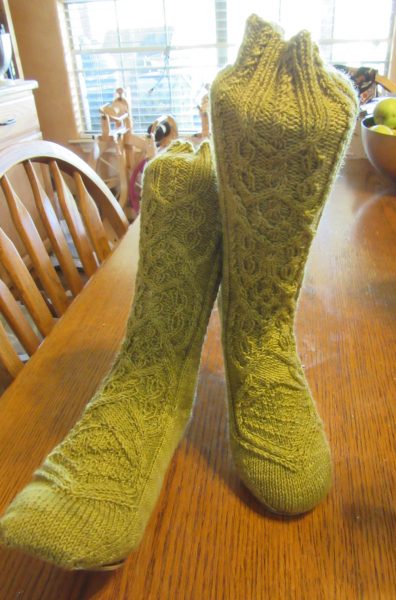 With all the sock pictures going around, the socks look so much better on these than just spread out flat.

I get better pictures outside and when there isn’t someone in the background chattering “Tell me why you needed those. How much did they cost? Where are you going to put them? Keep the magnets away from electronic devices!”

It was kinda funny to see his expression when he opened that box expecting it to be some kind of lights he had ordered and instead, found feet/legs!