This is what my raised beds looked like six weeks ago, before I realized that the little pie pumpkins would take over the entire county! 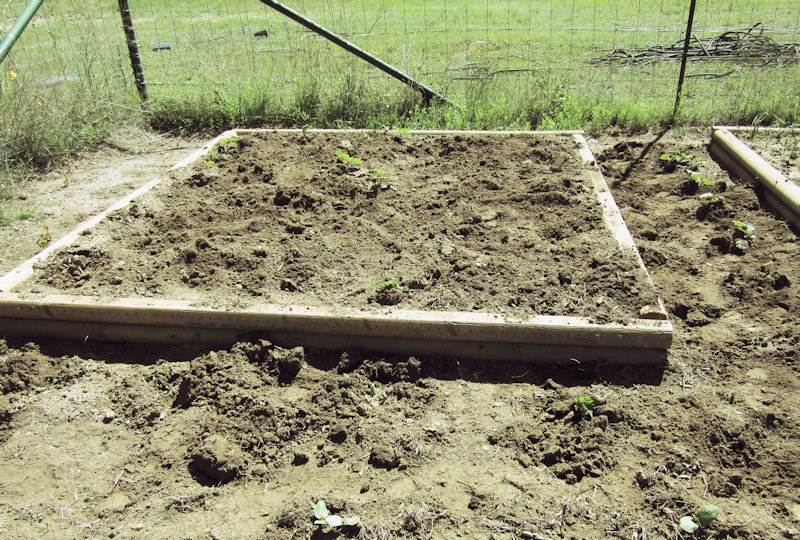 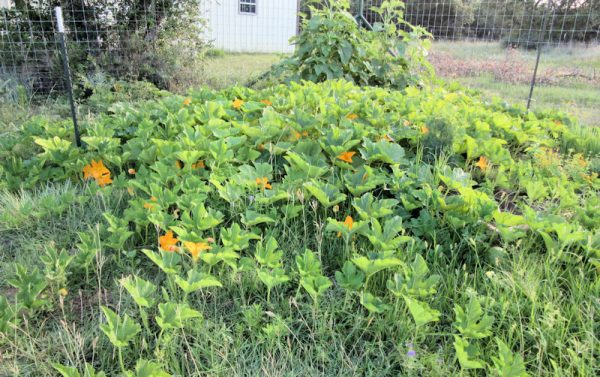 I knew pumpkins would take over but I seriously thought I remembered that the little pie pumpkins weren’t so aggressive. I was wrong. 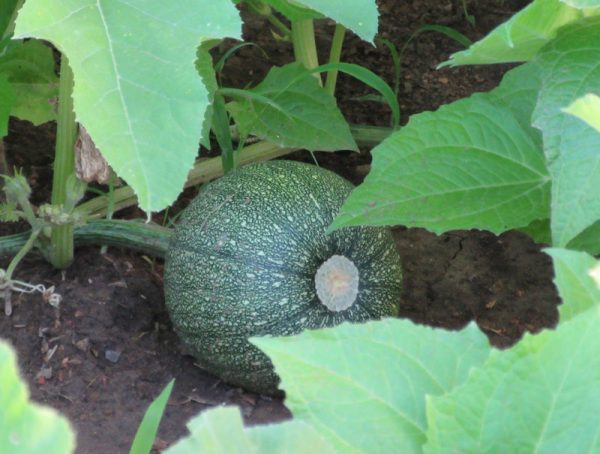 They’re even growing outside the fence! I’m sure the raccoons will find those before they get ripe but the way the crop is looking, I’m going to be real happy to share. The funny thing is that they will drag them off somewhere, the seeds will get dispersed and if we have any rain in the spring, the woods will probably be full of pumpkins. 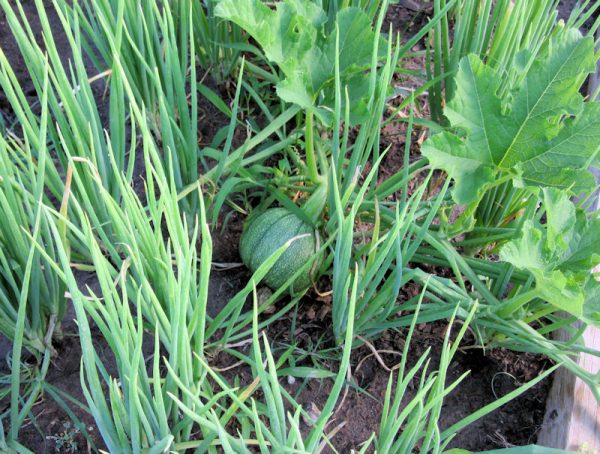 They’re growing in the onions! 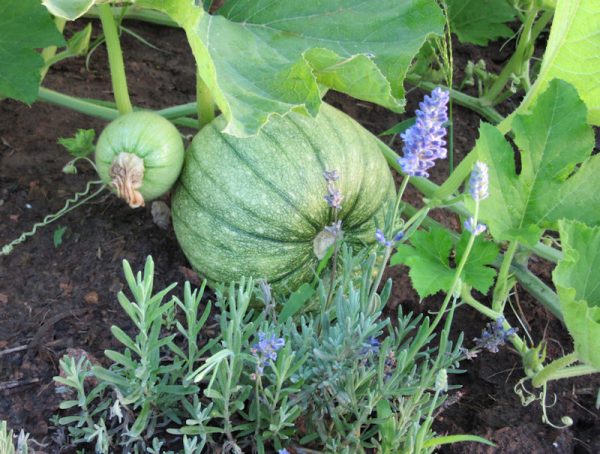 They’re growing in the lavender.

If things go as they’re looking like they’re going, we’re going to have pumpkins coming out our ears . . soon. 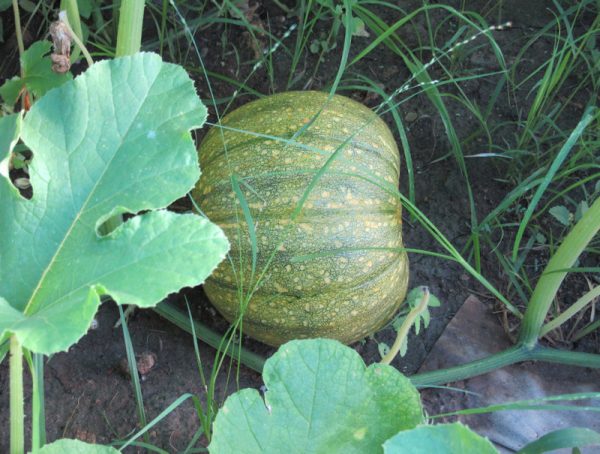 This is the first one that started to grow and  you can see it’s starting to turn orange. These take 100 days and I planted them the first week in April so around the first week in July, we should start getting pumpkins. Hopefully I can keep them growing so we’ll still be getting fresh ones in the fall.

What will we do with so many pumpkins (IF they all make it)? Here are some recipes already posted on the blog:

There are so many recipes that use pumpkin . . I’m pretty excited about the potential for having lots of pumpkin.