Maybe it’s the garden, or knitting, or cutting back on what I’m eating but I’ve turned into a really lazy cook. It seems that no matter what I make, my main goal is to get several meals out of it.

Over the weekend, we grilled steak and I though . . I’m going to grill two chicken breasts for later in the week. 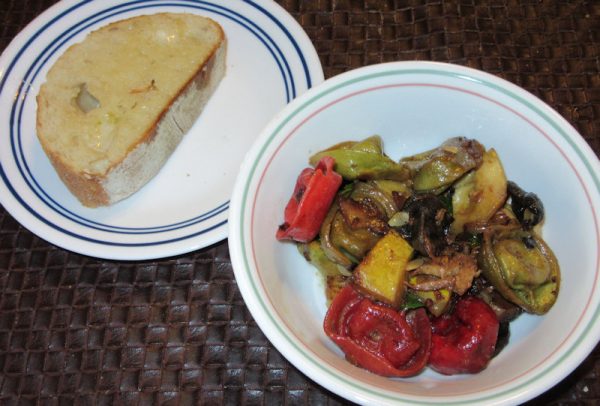 One day I made tortellini with squash and mushrooms and chicken. It was really good (and there was enough for two meals!). 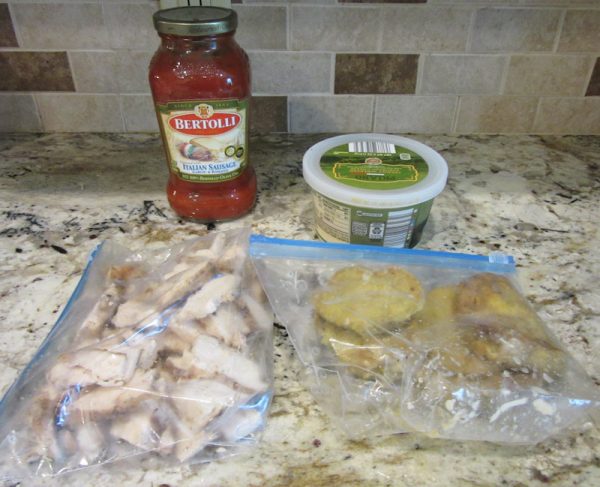 I don’t like red sauce . . doesn’t matter if it’s homemade or storebought, and Vince seems to like storebought just as much as he likes homemade so . . storebought often works for me.

One day I had fried eggplant and some was left over. So, leftover eggplant, grilled chicken, storebought red sauce and Parmesan cheese .. 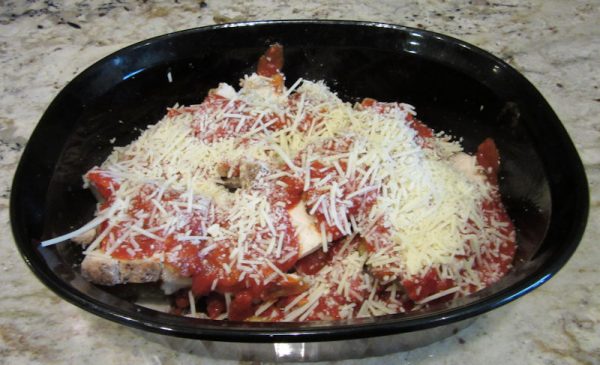 And, again, there was enough for two meals.

Yep, I’m a lazy cook these days but we’re not going hungry.