Remember back when I planted a million (or so it seemed) onions, and many of you were asking why I planted so many? That’s the exact same thing I’m asking myself now that it’s time to harvest them. 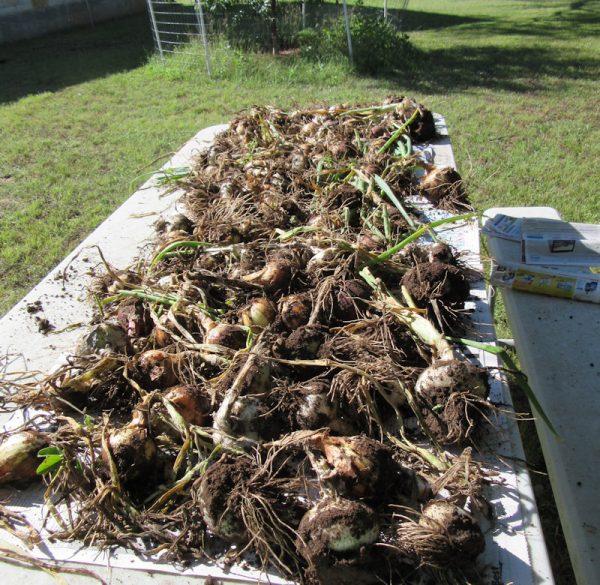 Yesterday morning I dug up most of two rows. There are 5 more rows and then about a 12′ x 12′ bed left to be dug. Lots of onions! 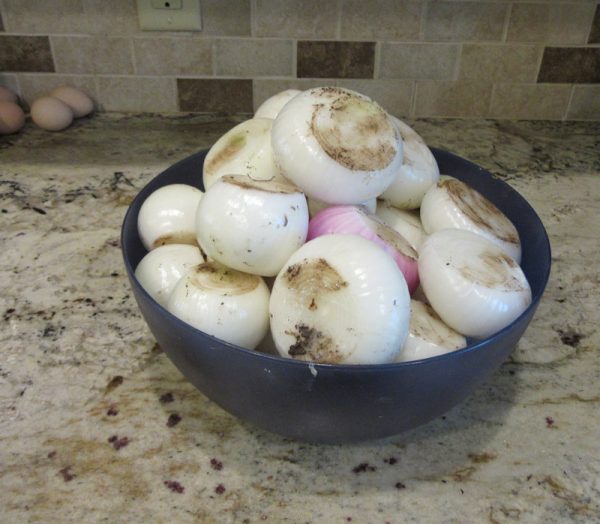 Today I sliced up enough to put in the dehydrator but I had some squash that needed to be put up so I have 3 trays of squash and 6 trays of onion. 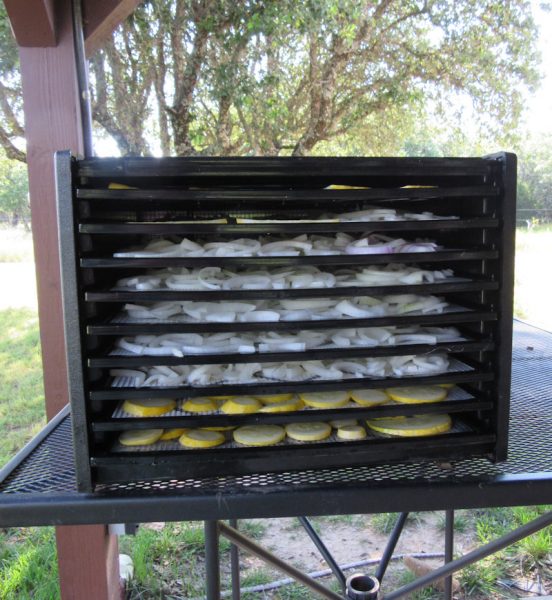 I didn’t make much of a dent in the onions on the table so I guess I’m going to have to get the other big dehydrator out and have two of them going. Free electricity during the day so I’ll wait til in the morning to get the other one going. I’ll probably make a batch of French Onion Soup to be canned and I’ll probably still have to chop and freeze some of the onions . . there are a lot of onions out there.