After living through several years of extreme drought (I was only here for several years of it but many folks have lived through it much longer), I feel guilty wanting the rain to stop but really, we’ve had enough. Days and days . . well over a week, probably going into two weeks with lots of rain every day. 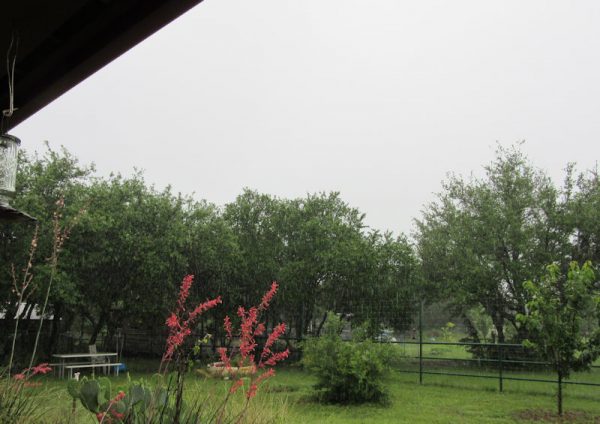 It’s still raining. I feel kinda unkept because I don’t even do anything with my hair. I know I’m going to get soaking wet . . probably at least 5 times a day. Going back and forth to the shop because so much of what I need is in the fridges over there. Letting the chickens out. Checking for eggs. Putting the chickens back up. Playing with Boots. Taking the trash out. Going to get the mail. 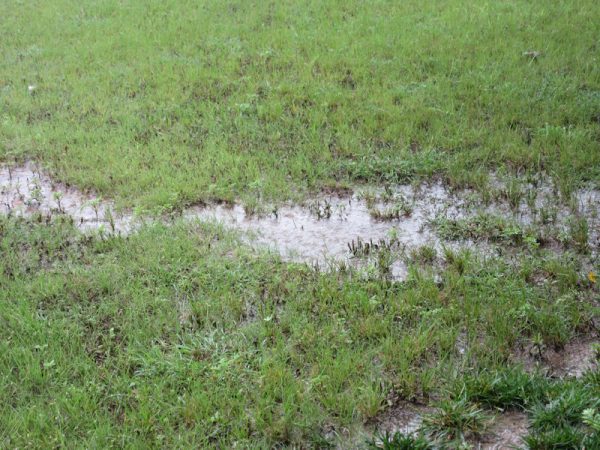 I feel pretty safe to say that it would never flood at our house even though so much of town is flooded. Tractor Supply and several other businesses have been closed all week. The health food store I love has been closed several days. It’s a mess in town. 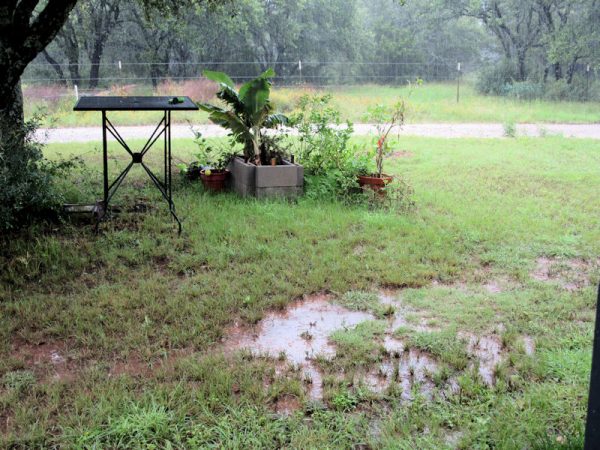 There’s mud everywhere! Usually the ground just drinks any moisture right up but we’re so far past the point of the ground being able to absorb it. The water runs off where it can but in spots that are a bit low, there’s standing water. 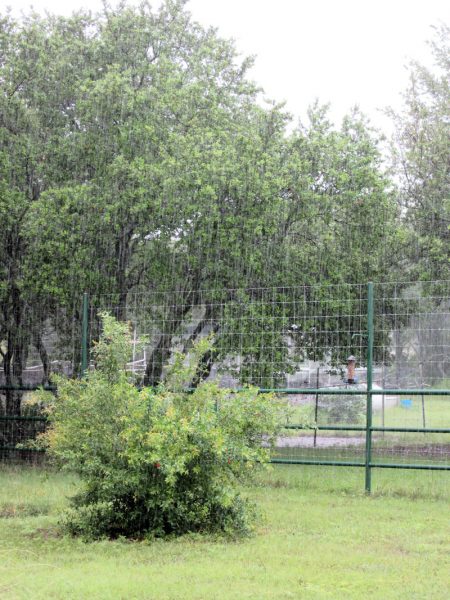 It’s been probably four days since I’ve even been out to the garden. I’m honestly afraid to see what it looks like. Too much water is just as bad as not enough water.

It’s been drizzling all day but at lunch, we were sitting and eating and the bottom fell out — just pouring! On the metal roof, it sounds worse than it even is.

I told Vince . . remember in Missouri . . one day you were home for lunch and it was at a time when I was hoping to get the garden planted and it was late April or early May and I looked out and it was snowing and I said a bad word? That’s exactly how I feel with this rain. I want it to stop! Today! But I fear when it stops, it may be months and months before we get more. The reality is . . what I want has no bearing on when it rains or when it stops. But I suppose it makes me feel better to gripe about it.

We’re so lucky that we don’t live in an area that floods, that Vince doesn’t have to travel through flooded areas to get to and from work, there are no dams or other threats that could cause us flooding, we have plenty of food and we don’t have to go into town where it’s flooded but I would really like to be able to walk without slipping and sliding in mud! I’d love to see my garden. I’d love to not have frizzy hair. I’d love to see the sun! I’m keeping my fingers crossed . . it could happen this weekend.