June 1 . . finally here. We can start Camp Loopy and the first pattern for Tour-de-Sock should be released in about half an hour.

For Camp Loopy, we have to use at least 400 yards and we had a choice of several things we could do. I’m doing cables and making Pinctada. Yesterday, knowing there were storms predicted for last night, I took a long nap and was hoping if Rita kept me up, I’d be able to get some knitting done. She did get me up a couple of times but I was too sleepy to try working on that pattern with cables. 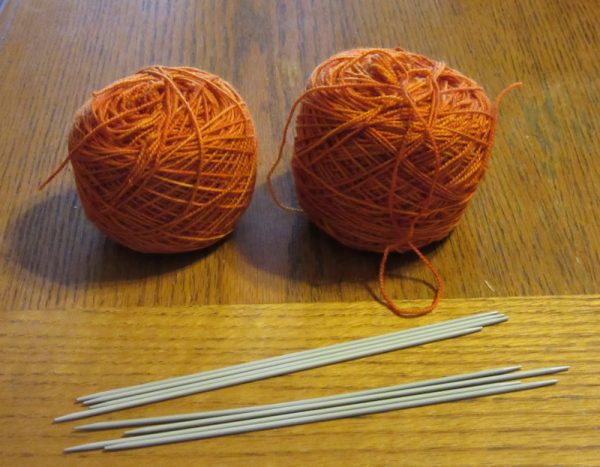 For Tour-de-Sock, I have no idea what the pattern is but they supply list says ” solid, tonal, semi-tonal” so my yarn is the Dragonfly Fibers Dragon Sock which meets the gauge suggestion.

Going to work on Pinctada while waiting for the sock pattern to be released in about an hour. My plan is to work on Pinctada at least an hour a day and see how much progress I get made. I may need to bump it up to 1-1/2 hours and the rest of my knitting time will be spent making socks!