While I was gone, Vince and some friends wrapped as many trees as they could. The wind has been crazy here and many of them had become at least partially unwrapped so this evening Vince and I spent some time re-wrapping some of the trees. We wrapped all the peaches, a few plums and the big fig tree. 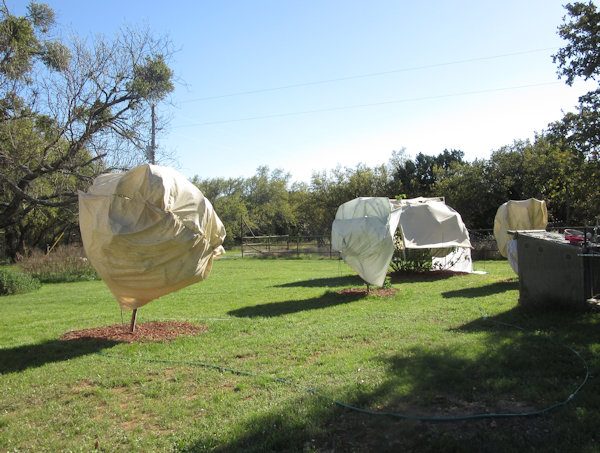 Not that we would ever show favoritism, but I think you can see which tree we like the best. 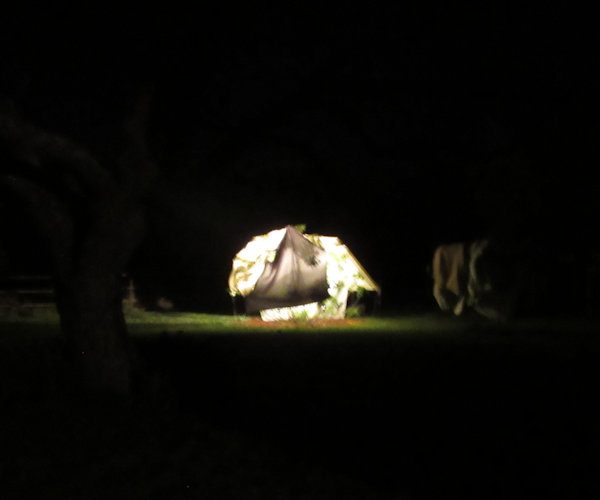 The fig tree is all wrapped in sheets and blankets and has a heat lamp under the covers to hopefully protect it. Vince said the first night he turned the heater on, Cat sat in the driveway for the longest time . . staring at the weird thing that had appeared in the yard.

It was so windy, I couldn’t get a great picture but the peach trees are loaded with little peaches. 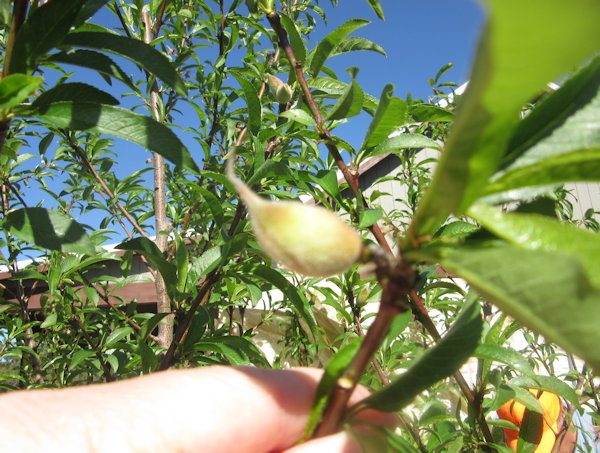 If we make it past the low temps tonight, and if the grasshoppers aren’t terrible, we should be ok but nothing is ever definite when Mother Nature holds so many of the cards.