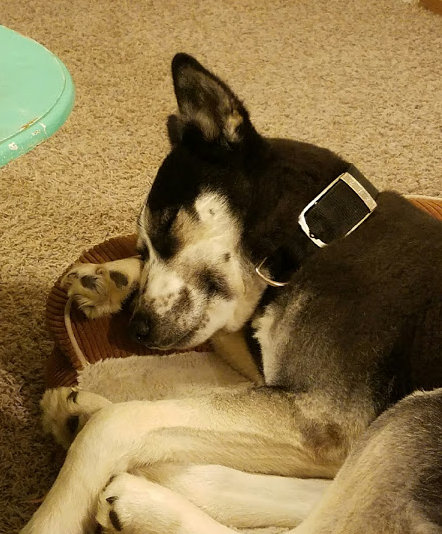 I love my Speck but I really love their Speck. I know Addie would never go for it but if I had a fenced yard and didn’t have so much wood floors, I’d take their Speck til Chad and Nicole get a better place for him. He’s such a good dog and he’s so beautiful. Chad shaves him for the summer and he’s already had his first haircut for this year. Every time I see him, I like him more!

Really, the best idea would be for Chad, Nicole, Addie and Speck to move to Texas closer to me but I don’t see that ever happening.

When we were going to Addie’s school yesterday for lunch, there was a fuzzy little black dog in the road. Nicole said “Thank goodness Chad isn’t here or he would pick it up and bring it home!” It reminded me of the pink dog my sister picked up a few weeks ago . . but we don’t want to get into that story again! 🙂