Vince does a lot around here. I always want more done. I want it done yesterday. Things that rate “most important” on my list may be “least important” on his list. We work it out and at the end of the day, we’re happy . . most days!  🙂

I had a sink out by the garden and two or three years ago when the new fence was installed, the sink had to be taken down because it was in the way of the fence. Vince “was gonna” put it back and it still wasn’t put back.

Sunday I had pulled a few beets and as I was walking past Vince, he said “You’re going to wash those outside, aren’t you?” I said “Nope! I’ve been doing that for two years now . . I’m washing them in the house. It’s too hard to wash them on the ground with a water hose.” Vince said “You could put them in a bucket and wash them!” I said “I could . . ”

I wasn’t going to wash them in the house but really . . after two or three years, it’s time that sink got put back up out there. 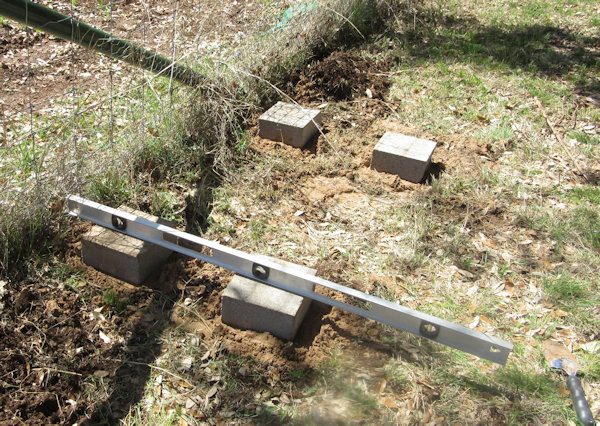 I went back outside in a few minutes and the sink installation had begun. I said “Oh, you didn’t have to do that today!”  🙂  He muttered something . . maybe a bad word. 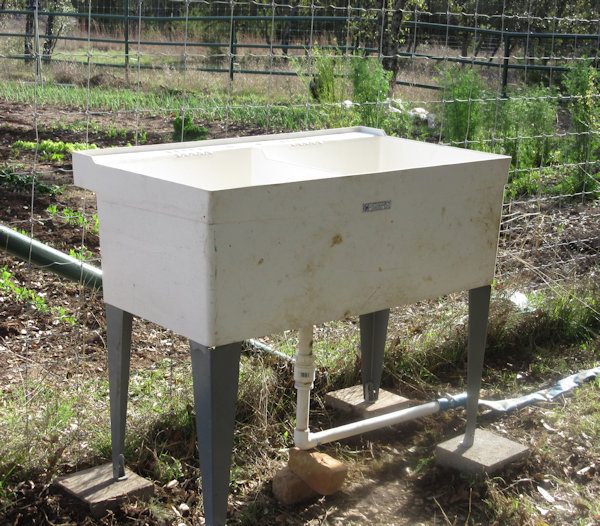 All it needs is to be anchored and the faucet installed and the garden sink will be functional. Not only is it better to be washing that dirt off outside but it’s so nice to have the big, deep sinks — much deeper than my kitchen sink.

I’m thinking . . if ever I decide to dye yarn or fabric, that’s where I’ll do it. If I need warm or hot water, I can bring my outside gas burner back there and have a pot of boiling water going. Or, I could ask for a solar water heater but I think I’d better not ask for anything else right now. I’m seriously happy to have that sink hooked up again.