Addie was looking out her bedroom window and she ran and got Nicole and told her there was a kitty outside. Nicole said she looked around and didn’t see a kitty. Later, Addie told her the kitty was back. 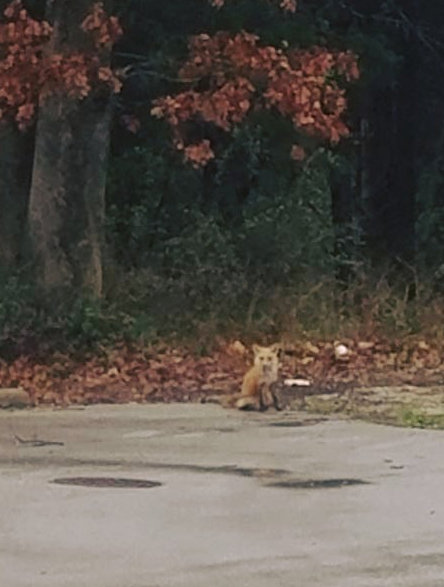 Nicole said cars were driving by and it wasn’t moving. 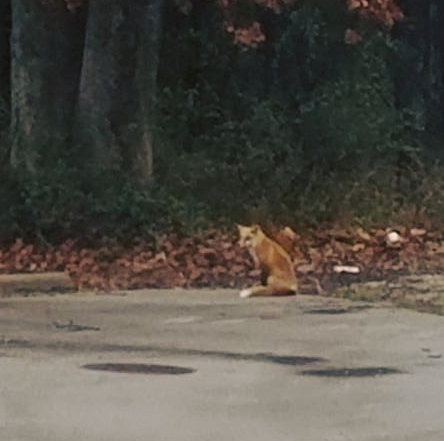 Nicole and I were talking and I told her that it isn’t right for a fox to be out in the daylight. We were talking about what they should do about it and Addie said “No! I LOVE him!” Seems as though I recall that they were keeping Speck for the weekend and taking him to the animal shelter on Monday and Addie said “No! I LOVE him!” I sure hope they don’t end up keeping the fox!

I know they won’t. The fox is more than likely sick or he wouldn’t be hanging around that close to houses so either animal control has to come try to trap him tomorrow or . . well, it’s their problem . . they’ll work it out.