I love Hash Brown Casserole and most any recipe I use calls for a bag of frozen storebought hash brown potatoes, or shredded potatoes. When using those, the recipe always turns out good but I never like using those potatoes for several reasons.

It’s been over a week since I was at the store and when I saw this Amish Breakfast Casserole recipe, I wanted to make it NOW and didn’t have the hash browns. For a long time, I’ve been thinking that there should be a way to make the homemade hash browns work but two things kept me from trying it.

With a little research, I came up with a plan and I’m happy to say, it worked perfectly in our breakfast casserole. 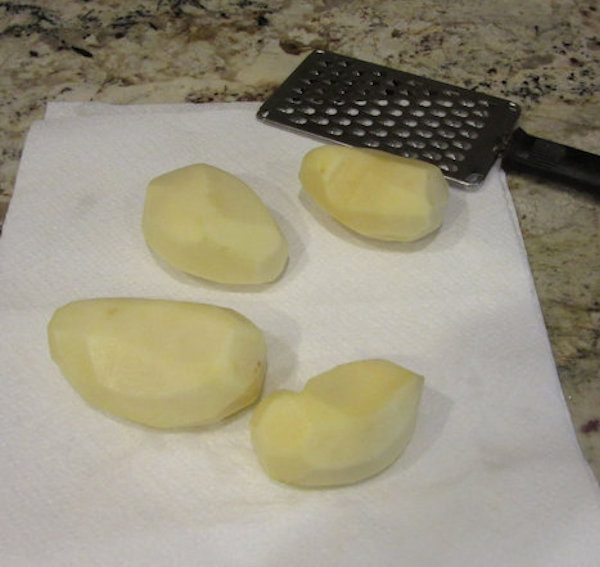 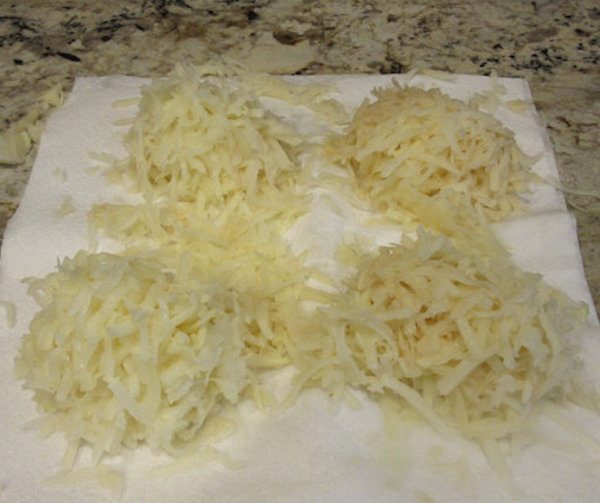 You can see that the potato on the back right, which was the first one I shredded, is already beginning to darken.

Next, I added the potatoes to salted boiling water and let them boil for 5 – 7 minutes. Then they were drained in the colander and rinsed with cold water to stop the cooking process. 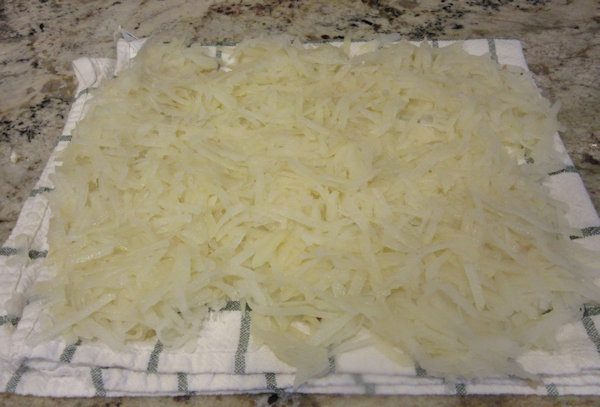 They were then spread out on clean dish towels to completely drain. Since I was going to use these in a “make ahead” casserole, once they were drained, I wrapped them in paper towels to catch any additional liquid, and placed the potatoes and paper towels in a zipper bag. 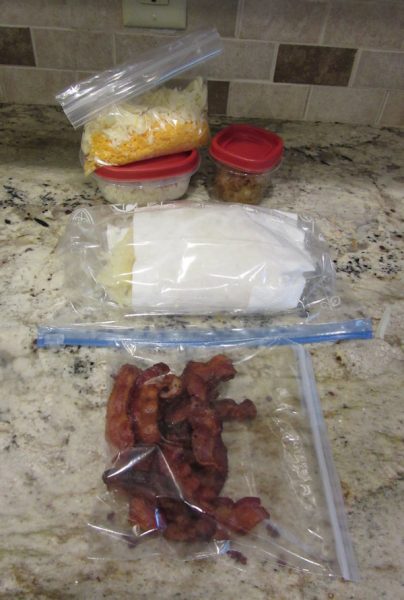 The potatoes are in the bag behind the bacon.

When I have time, I am going to try this method and freeze some of the hash browns and see how well they do when thawed. When growing potatoes, I can never use them all and without a root cellar or a place to store them, they go bad. I have canned potatoes and they’re ok .. nothing to write home about. I have blanched them and then grated or sliced them and dehydrated them. When rehydrated, they aren’t bad but they aren’t the best. If freezing hash browns this way will work, and be good enough for frying for breakfast or using in casseroles, I will be a happy potato grower!

In summary, here are the steps I used.

At this point, I used them in a casserole. I will come back to this post and update it once I have frozen the potatoes.