It’s hard to imagine how baby chicks must think . . do they think? How much do they notice? At 1 or 2 days old, they were shipped off to Tractor Supply. We bought them, brought them home, kept them in the bedroom for a week. They were feeling pretty comfortable and then we moved them out to the coop and they are not comfortable out there yet!

I figured they would get under the EcoGlow brooder since that’s where they had been hanging out for a week but there’s also a heat lamp in there. I’m way more comfortable with the brooder and probably keep the light too far away for fear of it causing a fire. 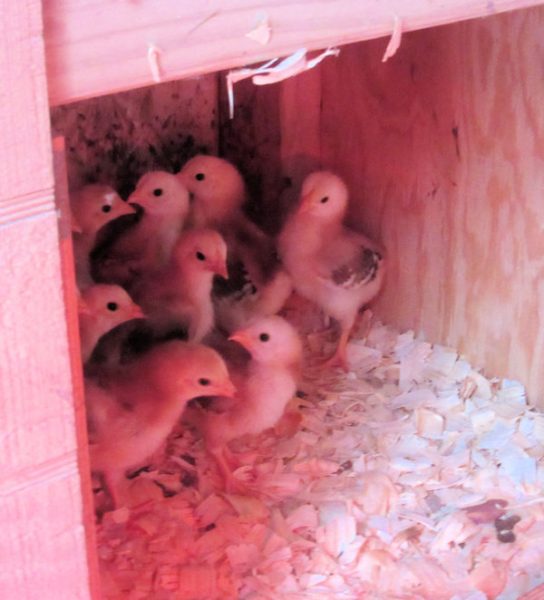 Last time I checked in on the babies their first night in the coop, they were still in the corner, away from all the heat sources but when I went in to check on them the next morning, they were all under the brooder. 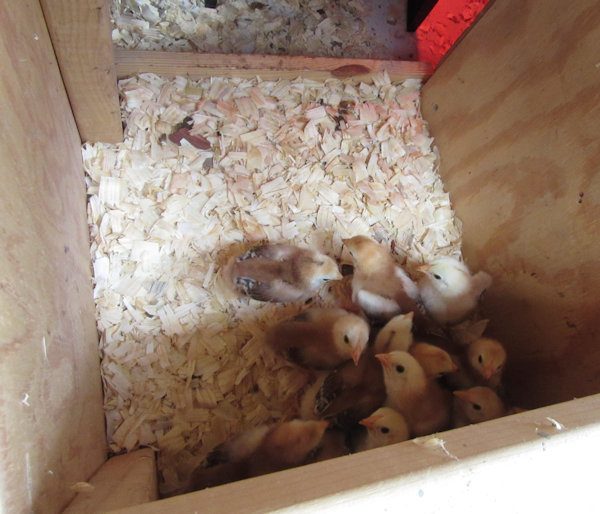 Looking Down into the Nesting Box

The next day (Sunday), I checked on them of and on all day and they were mostly hanging out in one of the nesting boxes. They should be kept between 80º and 85º so they were fine during the day being away from the heat source. 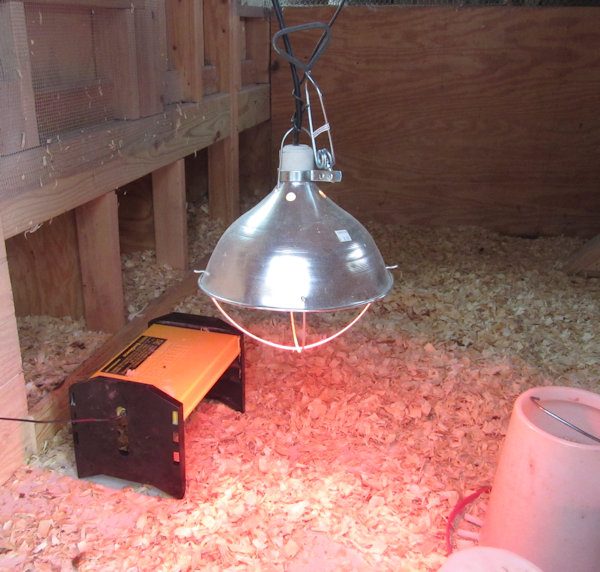 Sunday night it was going to be down into the low 60’s so I decided to move the brooder into the laying box. They’re so comfortable in there . . no use in making them come out of the box just to get warm . . so I took the warmth into where they want to be.

That may work til they outgrow the brooder and hopefully by then, our night temps will be warm enough that they’ll be ok with just the heat lamp.