I had never heard of Involtini til a friend posted a link to the recipe. They had it for dinner and she shared that it was delicious. As soon as I clicked on the link, I knew my Italian husband would love it. 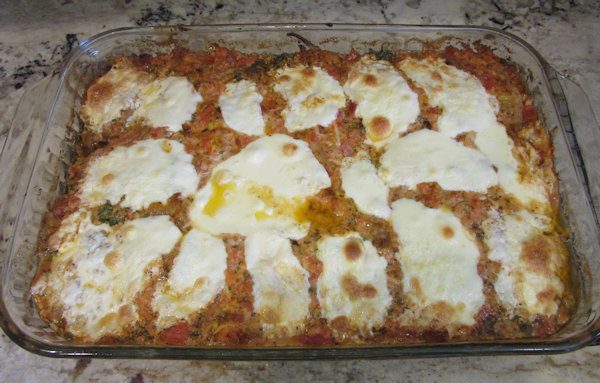 It was so totally awesome and the best part is  .. 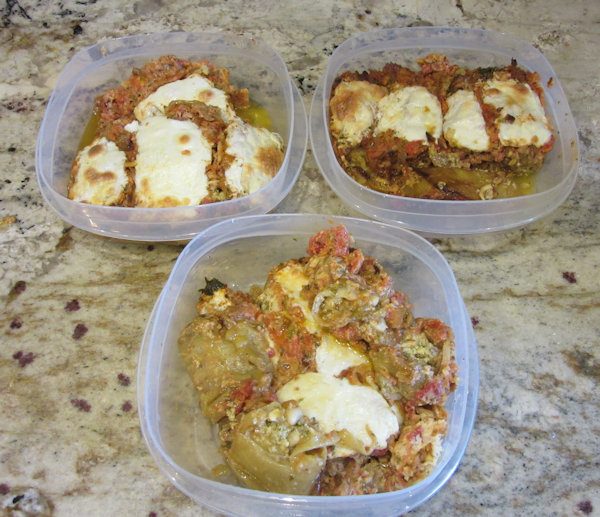 First, there’s no meat and every now and then, I just need to serve a meatless dish just to say I did it!

Second, there’s enough left over for us to have three more meals! Even though it was a bit of work, getting four meals from one dish is a tremendous time (and mess) saver.

If you click on the link above, you’ll see the original recipe. Since I made some changes, I’m going to share my recipe. Since I’d never heard of Involtini, the changes I’ve made may have caused it to be totally no longer “Involtini” but we loved it and I think you would too . . if you like eggplant. Here are the basic changes I made:

The most time consuming part was rolling up the eggplant with the filling but that surely wasn’t hard! 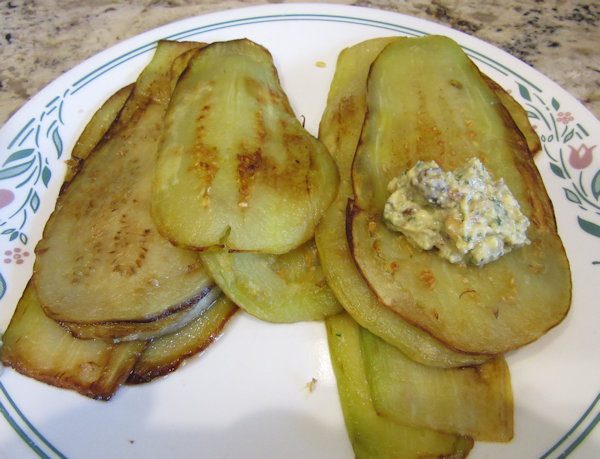 This is what it looks like before spreading the tomato topping over it all. There were just a few spoonfuls of filling left over so I spread those on top of the rolls. 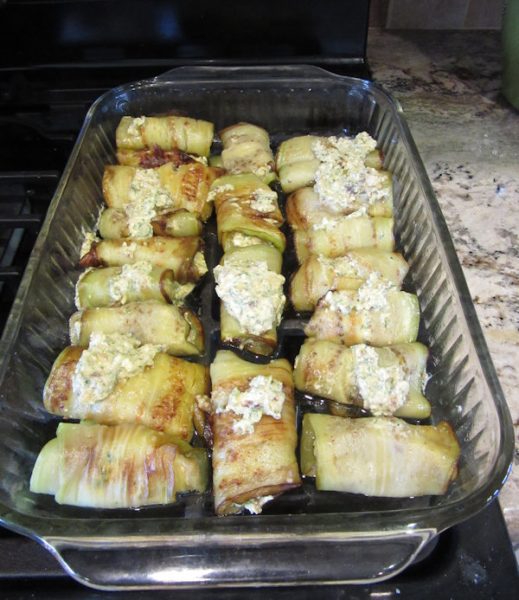 Since I’m not much of a fan of red sauce, adding the cream helped me love this dish. 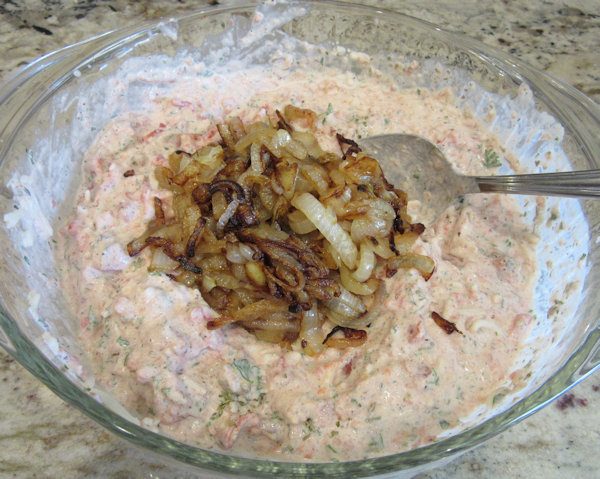 In the sauce shown above, everything was mixed in except the onions and I was just about to mix those in.