My friend was telling me the other day about Bunny Ears Bags that her daughter had showed her. My friend was saying that she and I should make them for our granddaughters’ classes for Easter. Here’s the link to some you can buy on Etsy and they are adorable.

I began searching online for a pattern or tutorial to make them and found this one at SewCanShe (where there are lots of amazing tutorials).

The sewing room began calling . . louder and louder. I wanted to try one and see  . . I don’t know what I wanted to see because I knew it was going to be super easy. There was no way I was going to make buttonholes on all these little rascals so I figured I’d just cut it with little snips, maybe use fusible interfacing to the back of that spot and hopefully keep down on the fraying. Interfacing! Do I even remember the last time I used interfacing? No! Since I’ve been on this kick wanting to make bags for a couple of years, I thought I had ordered some interfacing from JoAnn’s a while back. I looked everywhere I thought it might be. Couldn’t find even one little smidgen of interfacing. I remembered where I had some stacked in the sewing room in Missouri but that didn’t lead me to any now. Then . . I saw a box sitting on the back of a shelf. Hmmm . . what would I have ordered? I have everything. Maybe there’s interfacing in that box . . so I opened it and yep . . interfacing! Fusible interfacing. 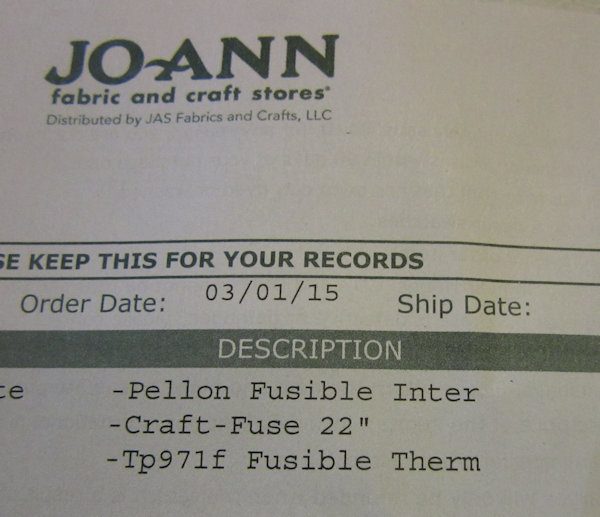 It had been sitting there almost a year so I ripped into it and am not even sure which one I grabbed but I fused a little piece of interfacing on the wrong side of where the buttonhole should be cut and, since these are not heirloom projects, that will work just dandy.

Also, I knew I had no ribbon. I couldn’t even remember a time when I’ve used ribbon so I didn’t even bother looking for that. Remember these things? 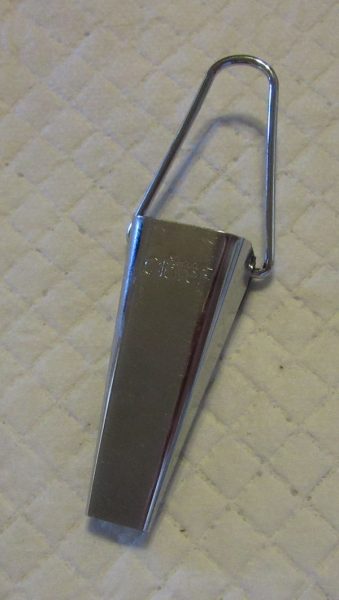 I think they were for making binding. I have no idea but I have several in various sizes. I figured I’d just run some fabric through that and it could be the “ribbon” for this one test bunny ear bag. I’ll get some ribbon when I go to the store.

Thankfully, finding fabric was no problem at all.  The pattern shows the ears made with one color on the back and one color on the front. Since I was only making one, I cut all the pieces from one fabric but when I make the “real” ones, I’ll use two different colors for the ears. 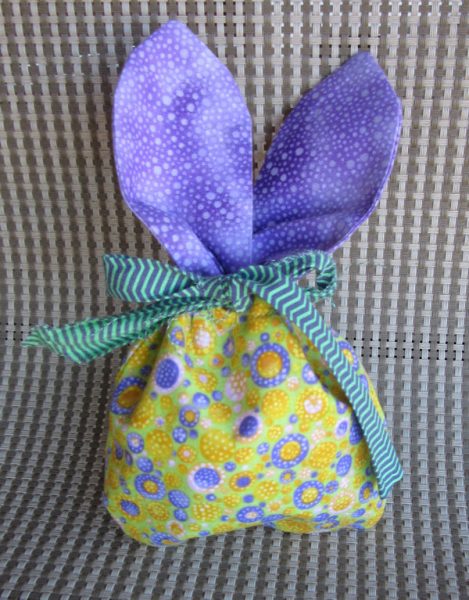 I made this one just by the pattern but I’m going to wait til the Easter candy hits the shelves, pick out the candy to use in Addie’s bags and then enlarge the “bag” area if needed. Everything that goes to her school has to be commercially packaged (no homemade goodies).

Aren’t these the cutest things?