Before reading any further, please know that there are probably a zillion ways to make roux and gumbo. Some people do this, some do that. Some add things others don’t add. I’m not telling you that my way is the only way or that my way is the best way . . I’m simply telling you how I do it. And, if I do say so myself, I make a pretty darned good gumbo.

Simply . . start with equal parts of flour and oil and cook til the flour is dark . . like an old penny or like a Hershey’s Kiss.

No matter what happens, do not walk away from the roux while it’s cooking. Don’t answer the phone; don’t go to the door; don’t take the dog out . . stand at the stove and stir the roux!

No doubt, all this can be done in something besides an iron pot but I’m not sure I would try it any other way. For the large batch of gumbo I was making, I’m going to transfer this all to a Lodge 7.8 quart ceramic glazed cast iron pot but for the roux, I only want to use a plain old cast iron pot.

Gumbo is one of those things that you can freeze and it tastes as good, if not better, when thawed and re-heated and it’s not much more trouble to make a big huge batch! 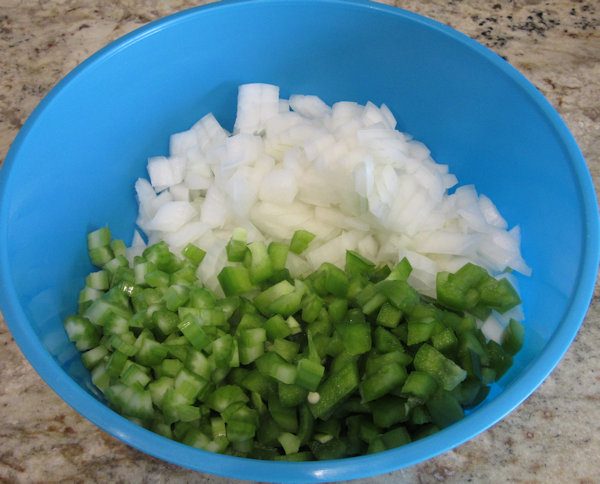 Chop any veggies you want to add to the roux. If making gumbo, I add onions, bell peppers, celery and garlic. If I’m making roux for a gravy, I don’t usually add any veggies. You want to add the veggies to the roux as soon as you get the roux as dark as you want it. Adding the veggies will help stop the roux from cooking and prevent it from getting darker so do not add them until you are done browning the flour. 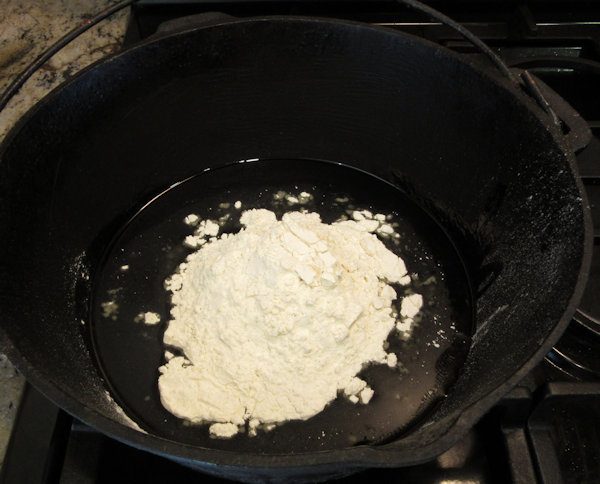 You can start out with a bit higher heat while mixing the flour but as soon as it starts browning, turn it as low as it will go. In fact, on my gas stove, the front burners have way too much power for making a good roux so I have to move the pot to the back right burner, which is my lowest powered burner. 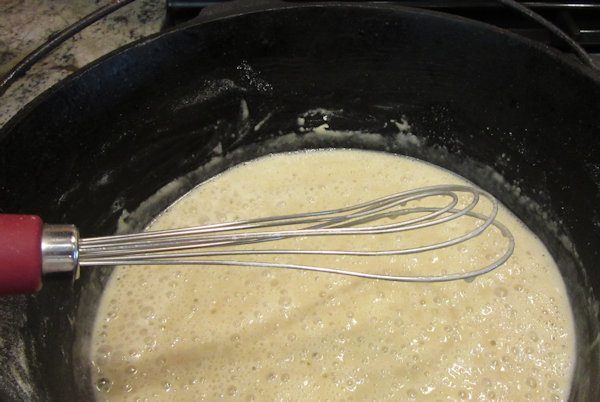 Many people use a wooden spoon for stirring the roux, and I have one and sometimes use it but I really like this flat whisk. Here’s one that’s actually called a “roux whisk“. If you’re ordering one, get the 12″ instead of the 10”. There’s a lot of heat coming off that pot and the farther away you can hold your hand, the better.

Be very careful when stirring.  You do not want to splash this hot flour/oil mix onto your skin. I find that I’m way more likely to splash when using the wooden spoon than when using the whisk. With this flat whisk, I kinda stick the whisk under the roux, running it around the pot and do more “lifting and turning” than really stirring.

You seriously never stop stirring and  you can count on about one hour to get a good, dark roux. 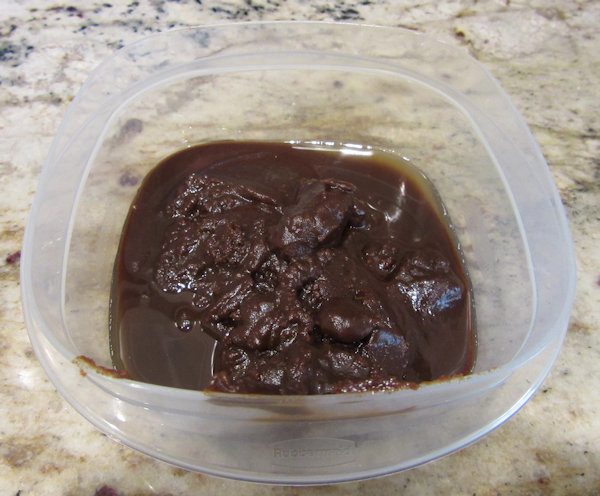 I could never get a good picture of my roux in the pot on the stove but I made extra because there are several dishes on our menu this week that require a nice, dark gravy and instead of browning flour every time, I’ll just add a couple of spoons of saved roux and be done with it.

Here’s the best picture of the roux in my pot. 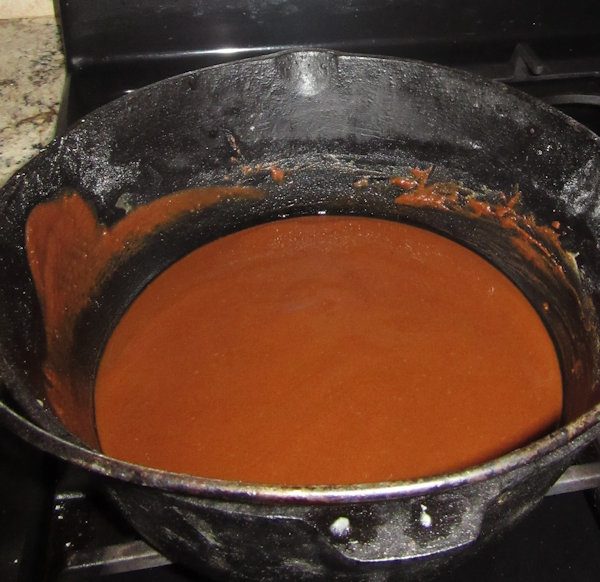 Once it’s as dark as you want it, add the veggies and stir til they’re cooked. 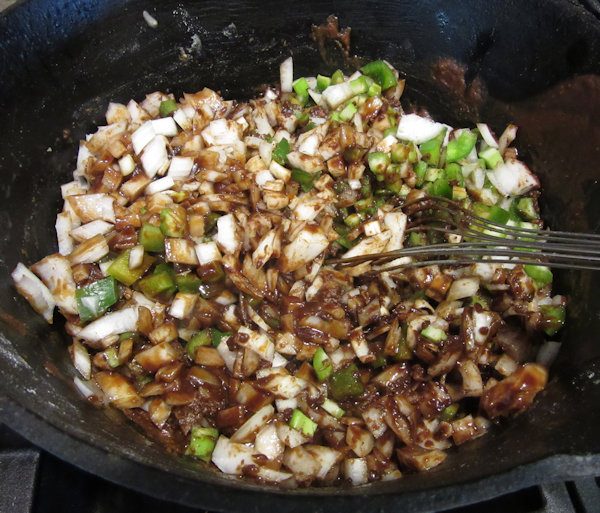 Some folks add a bit of tomato paste to their gumbo. This is the point where you would add that if you want it. 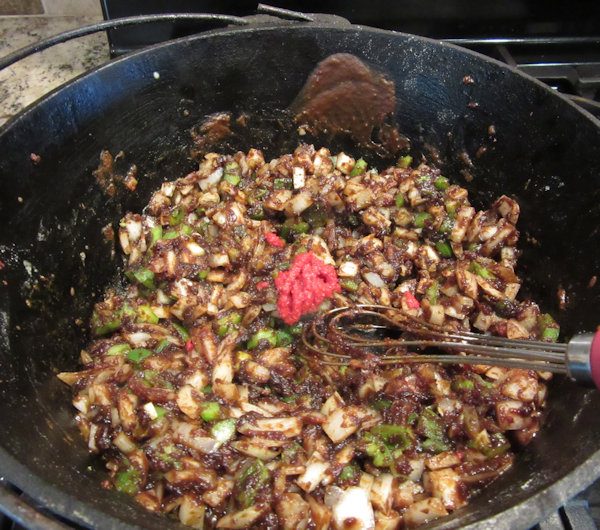 Stir the tomato paste in and continue to cook veggies.

The roux is now done and the next step is to make the gumbo so I’ll do that in a Part 2 in order to keep this from being too long.