So sorry about the design wall snafu yesterday. I should have known I couldn’t get the On the Needles, Stash Report and Design Wall posts up without screwing something up and then when y’all began telling me it wasn’t working, all I had was my cell phone and very little service but I think it worked out . . once it started working again.

For someone who uses the internet and computer as much as I do, having no internet is strange. I thought it would be worse than it has been but surprisingly, it hasn’t been bad at all not having internet but a million times over the past week, I’ve thought of things I wanted to blog about and then realized I couldn’t. My cell phone does work . . though I don’t have great service, but trying to make a blog post via cell phone is downright torture for me.  I came to my parents’ house today where I can use the internet and make a few blog posts so .. here I am again!  🙂

It’s been a busy few days. We’ve been able to get a bit of our favorite Louisiana foods. We’ve had crawfish. 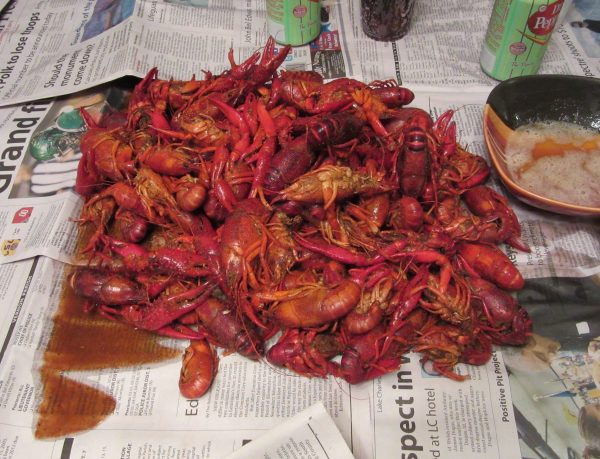 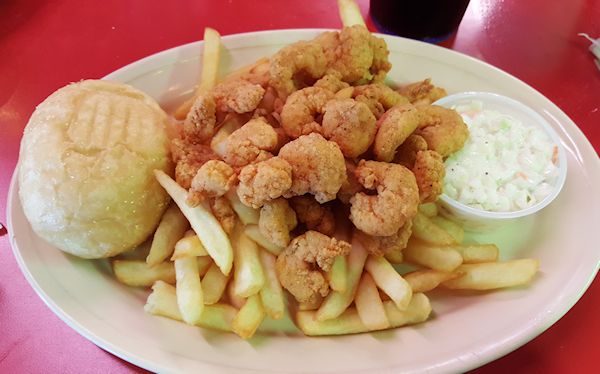 We’ve had nachos from my favorite Mexican restaurant. 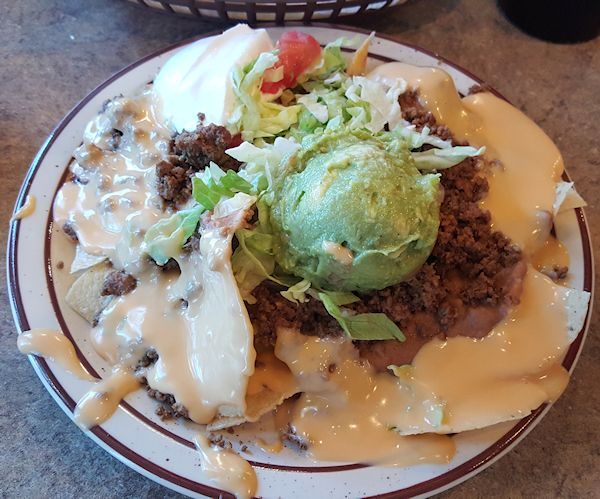 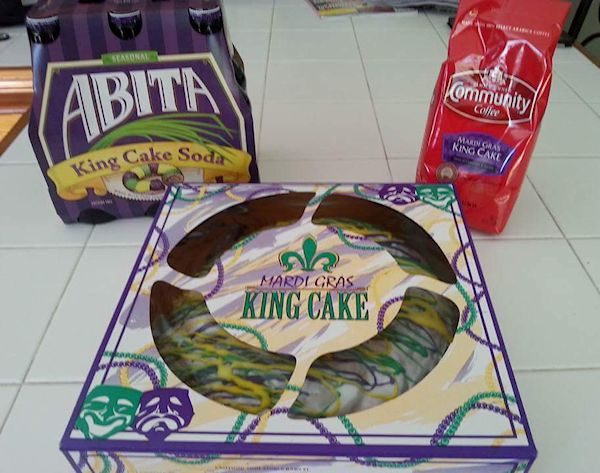 Addie even has her Mardi Gras beads that my aunt and uncle brought her. 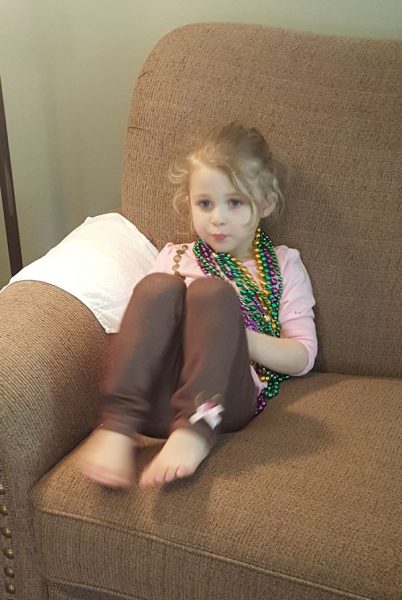 Addie with her Beads

It’s been a great visit with Chad, Nicole, Addie, my parents, my aunt and uncle and before it’s over, I hope to see my sister . . especially since I’ve been crashed at her house!