Vince and I moved to Kentucky in October, 1997. Well, he was already there and he had grown up in update New York and lived in Ohio, and other places that see plenty of snow. Having grown up and spent all my life really in southwest Louisiana, I had never seen much snow. Once we had been on a trip to Dallas and saw snow but that was about it.

The first night we had snow predicted in Kentucky, I must have spent half the night going out on the porch to be sure I wasn’t missing it. After spending 9 years in Kentucky and 4-1/2 years in Missouri, leaving the snow shovel behind was one thing that made me real happy about the move to Texas. 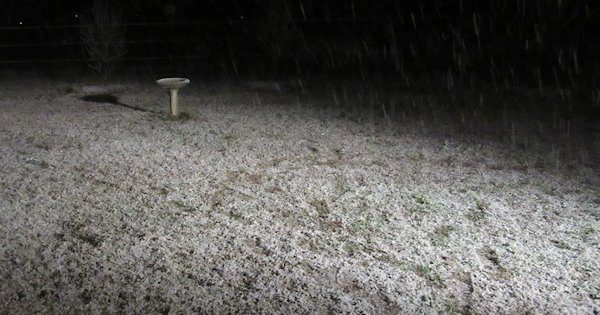 Vince got up a while ago to take Rita out and he said “Oh, my goodness . . it’s snowing! Come see!” and it reminded us both of the night in Kentucky when I kept going outside to make sure I wasn’t missing seeing the snow falling. 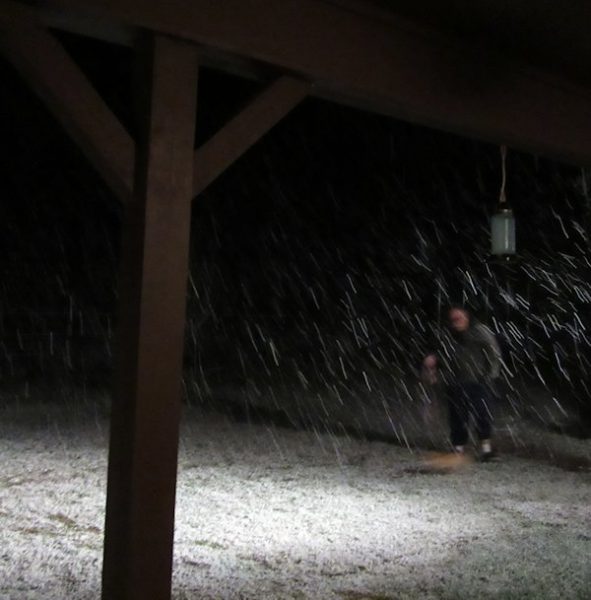 Rita in the Snow

Rita wanted no part of it! All she wanted to do was get inside.

We won’t get a lot – we never do here, but just a little bit of snow every now and then makes me happy!

It’s still hard to believe that any place can be so hot in the summer and so cold in the winter. We have lows in the low 20’s coming up and I know many places have a lot lower than that but we also have temps up near 115 (not counting the head index) during the summer. Oh well . . at least it’s dry heat!  🙂