Vince and I had not been together long when we found ourselves in a rather long line waiting or a table in a cajun restaurant somewhere in south Louisiana. I struck up a conversation with an older couple in line in front of us and then when their table was ready, it was a table for four so they asked us to join them. We did and we talked like old friends. We left the restaurant and Vince said “You never introduced me!” I said “I don’t know who they are!” and he couldn’t believe we carried on conversations like we were old friends.

When I started to Missouri last week, I knew pretty quickly into the trip that I had a tire issue. I had recently taken it in to have the tires balanced and rotated and I kept thinking something might not be right. I called them and they said  . . drive it a while . . it sometimes takes a few miles for . . something . . I forgot what they said. Just when I’d think I was taking it back, it would seem better so I never went back but by the time I got near Tulsa, I knew I wasn’t going to make it all the way to Chad’s. I googled to find a Cooper tire dealer and found one and went there. They were busy and it took close to two hours. There was a man waiting and the TV was on some crazy show – one of those where the mom and daughter are fighting and getting advice. The man started talking about how bad TV is these days and I told him we don’t even have cable any more. He said he has it and doesn’t watch it much but he’d been watching the National Rodeo finals. I told him . . I have friend’s whose son is competing . . last name is Martin. He said “Is it Casey Martin?” Yes! It is! The guy in Tulsa knew about him, knew his standings (he was #9 that day) so we had a big discussion about steer wrestling. Then we started talking about land and how many acres you need for one cow and he said “You probably don’t know the Drummons but  . . ” and he was telling me how much land they have just north of Tulsa and I said “Well, yes, I know Pioneer Woman!” It was kinda funny . . we knew the same people . . though really I don’t know Casey Martin . . I just know his mom and dad and it’s been 25 years or more since I saw Casey and of course, we all feel like we know Pioneer Woman but I really don’t know her! 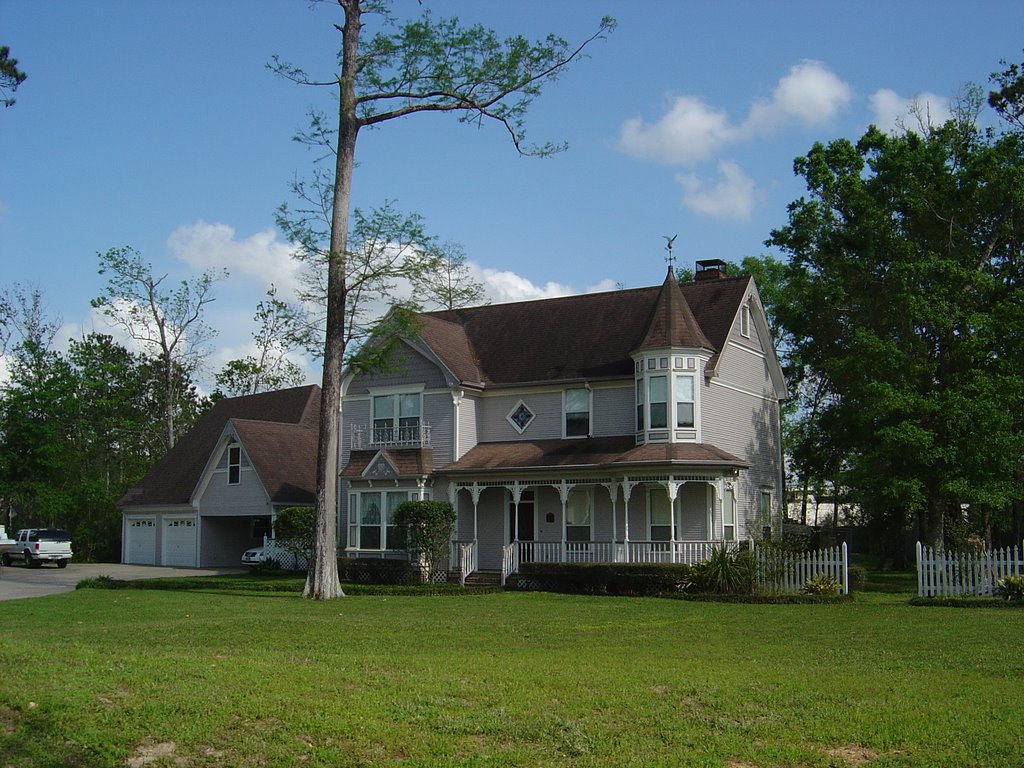 Casey Martin’s dad is who built my purple house, which was my favorite house I’ve had! The last time I saw it, someone had painted it blue but it will always be the purple house to me. Casey’s mom was the one who was the main reason we were able to adopt Chad, so the Martin family will always be special to me.

That guy left and another young man came in. He is in chef school and had on his chef coat and we got to talking about food – Italian food and cajun food and that was a good conversation.

When the guy came and told me my car was ready . . and all four of my tires were out of balance and that’s why I was having so much trouble with it . . I wanted to stay and chat a while longer but it was getting dark. I had planned to be at Chad and Nicole’s before dark and was barely getting out of Tulsa before dark.

I was thankful for good weather – no rain or snow, since I do not like driving after dark. I was also thankful for good conversation with strangers that made the time pass quickly. I was knitting too but it was just ribbing so I was able to talk and knit!