Do you remember how homely Cat was when she first showed up here?

Here’s a picture I found from August. 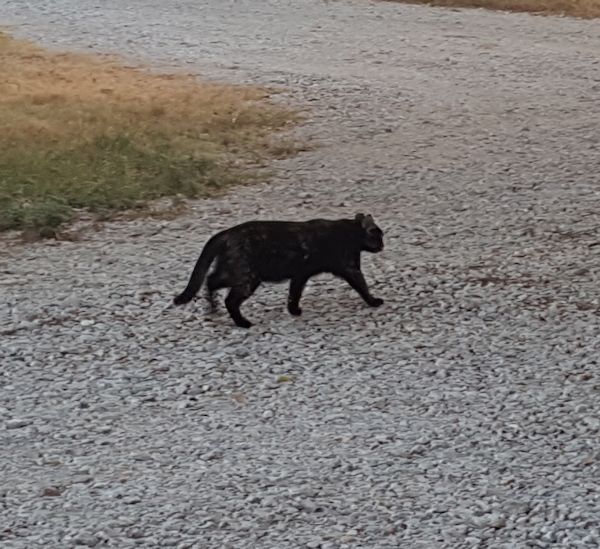 I really can’t get a good picture of her because she’s so scared of us.

She’s pleasantly plump but she’s been that way for a while so I don’t thing she’s pregnant but who knows. This is as close as I could get to her this morning. 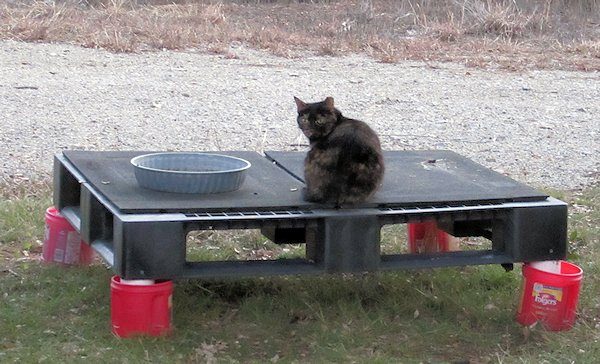 Her coat is now pretty and thick.Before, she showed very little of her tortoise markings but now it’s blended in nicely and pretty. Her coat reminds me of Boots . . not long, but not short.

Someone had mentioned early on that her left ear looked like it had been tipped, maybe indicating she had been spayed but the spay/neuter program here doesn’t tip the ears but almost every picture I take of her, that ear does look tipped but in real life, it doesn’t look tipped at all. Weird, huh? 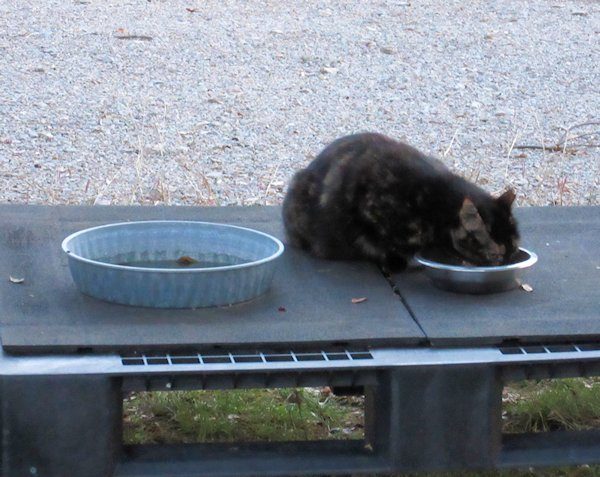 I wish I could at least get close enough to her to get a decent picture. She is a pretty cat and she was not pretty when she first got here.

I can get about three feet from her but she just sits and hisses at me. I don’t push my luck . . I may never be able to pet her but I’m able to get much closer to her than I was a few months ago. At first, we had to put the food out and hope she came and got it because we never really saw her eating but now she’s waiting on her platform for me at daylight and she’s back out there just before dusk, waiting to be fed . . and sometimes she wants an afternoon snack!