Because you all wanted to know about the pizza oven while it’s on sale, I changed my plans and we had pizza for dinner. Do I aim to please . . or what?  🙂

It’s the Pizzacraft PizzaQue PC6500 Outdoor Pizza Oven. I used the crust recipe that’s included in the instructions and it is a great pizza crust. Next time, instead of adding the entire 1-1/2 cups of water, I’ll start with 1 cup of water. I used instant yeast and King Arthur All Purpose Flour. I did all the kneading in the mixer so it’s a very easy recipe. 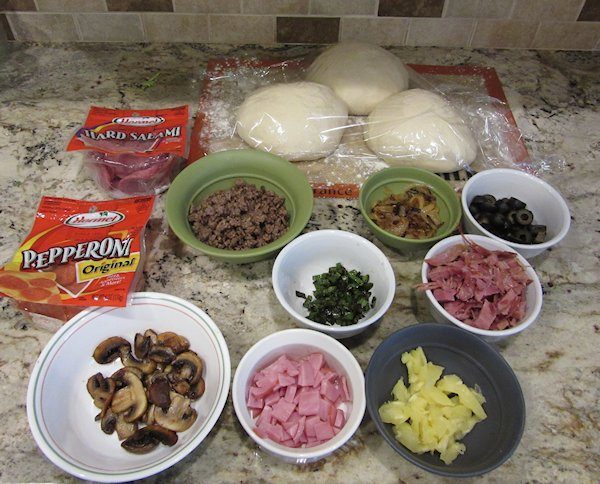 All the toppings were assembled.

Since my smaller metal peel isn’t arriving til tomorrow, and since there’s nothing I won’t do to help my blog readers, I came up with a plan. I would put the pizzas on the back of some quarter sized baking pans. The dough had to fit on the back of the pans so it ended up being a little thicker than it needed to be. 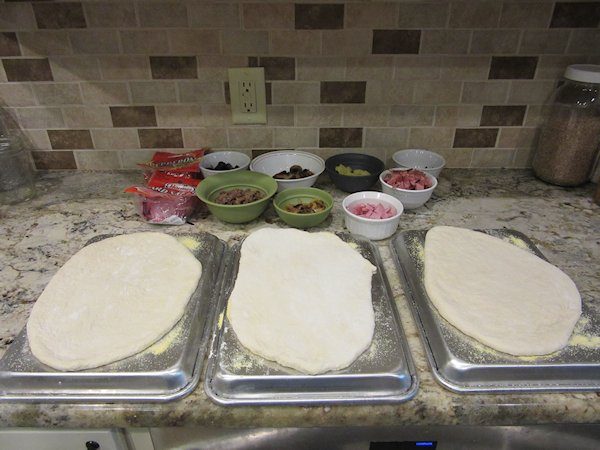 Every spatula – long, short, narrow, wide, and the flour canister was outside. I was going to make this work. Only problem was . . the cake pans are a little thick, the crust was a little thick, the toppings were piled high . . and the opening on the oven is not very wide. OK . . next plan? 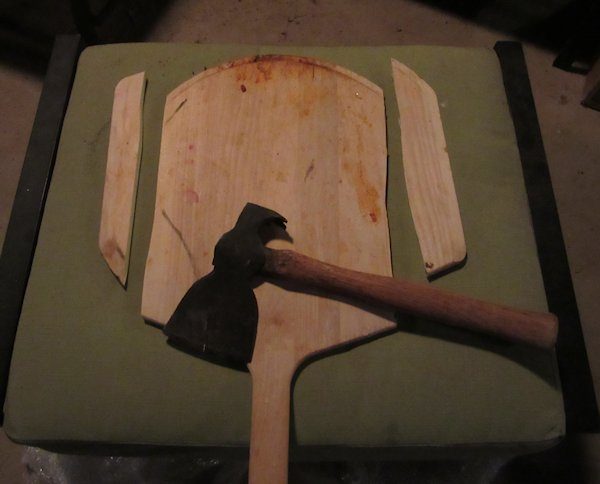 A hatchet was fetched and off with the sides of the wooden, warped pizza peel. It will still be nicer to have a metal peel because it will be thinner than the wooden peel and with the opening being narrow, every little bit of space matters. 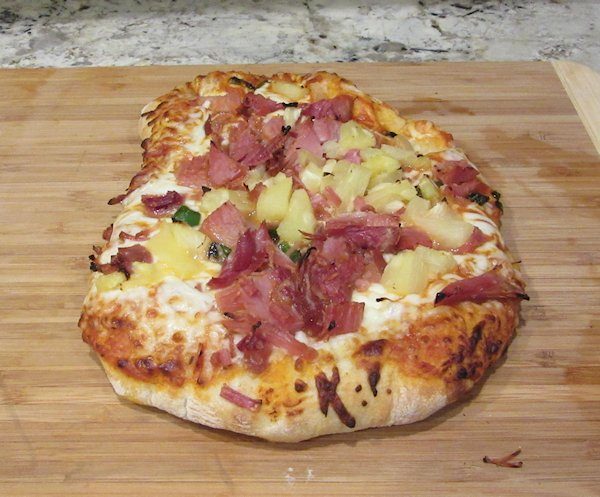 We weren’t sure how long to leave it in the oven. We cooked it about 8 minutes but since the crust was so thick, it could have cooked a little longer.

Pizza #2 – pepperoni, Canadian bacon, black olives and jalapeno peppers. The few extra caramelized onions were thrown on this one too. 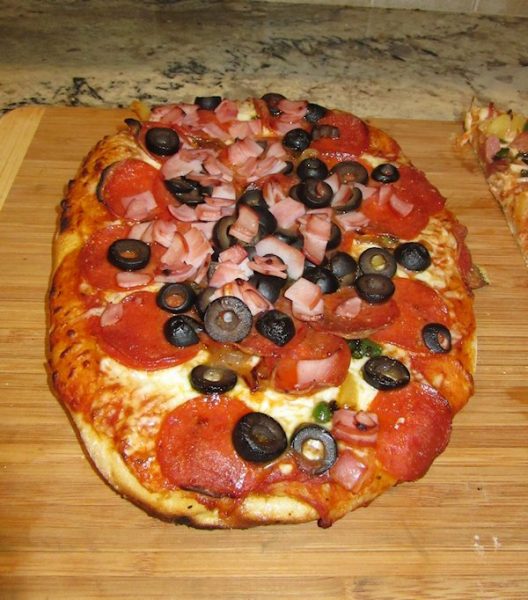 This one cooked a little longer – probably about 10 minutes. The crust is crunchy on the bottom and tender and chewy towards the top. Perfect!

Pizza #3 – Ground beef, caramelized onions, mushroom and jalapeno peppers – my favorite and that’s why I saved it for last. By now, I should be an experienced pizza baker, right? 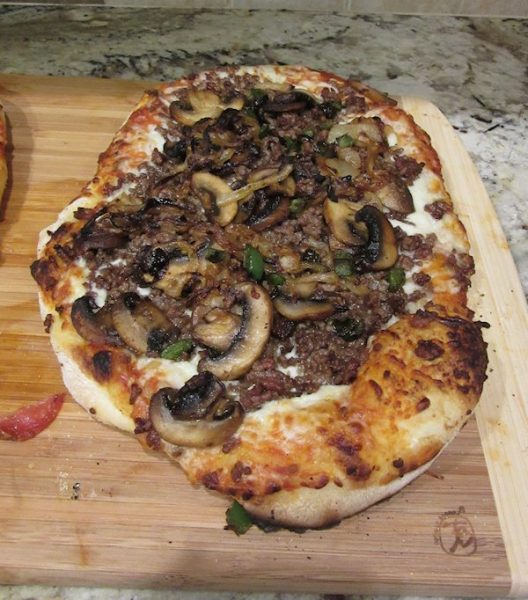 This one truly was perfect. Look at the edges of that crunchy crust!

It took about 12 minutes for the oven to heat up completely and these pizzas cooked in about 10 minutes. With a thinner crust, I think 8 minutes should be sufficient. I have a feeling this little pizza oven is going to get lots of use at our house.

One thing Vince said which is true:  We’ve never been able to get this kind of crust in the oven. I’ve tried several pizza stones – gas ovens, electric ovens, convection ovens   . .  nothing compares to the crust when baking a pizza on a hot stone at 700º.

If you think about the cost and if you think it’s a tad expensive – compare the cost to the cost of eating good pizza out. Yes, the ingredients cost a bit but sometimes notice how many pepperoni are on the pizzas you’re buying.

The only bad thing is — once you start making your own pizzas, unless you live where there’s a great pizza restaurant (I do not!), you’ll have a real hard time eating pizza out after making your own.