Almost since we’ve been here, I’ve asked for a wood fired outside pizza oven. He’s going to do it . . some day. I would love to bake my rustic bread in a wood fired oven. We eat pizza pretty often. It’s just so easy to make and homemade is so good! 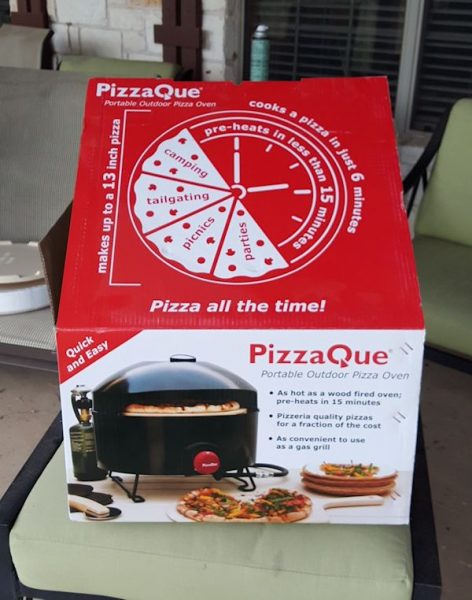 We recently bought the PizzaCraft PizzaQue PC6500 Outdoor Pizza Oven.  Before we go any farther:

Here’s how it started for us — over the weekend, I wanted pizza but I had something else going in the kitchen so I asked Vince if he would run get a pizza (no one delivers out here) so he did and as soon as we took a bite, we said “Why did we buy a pizza because homemade is so good?” 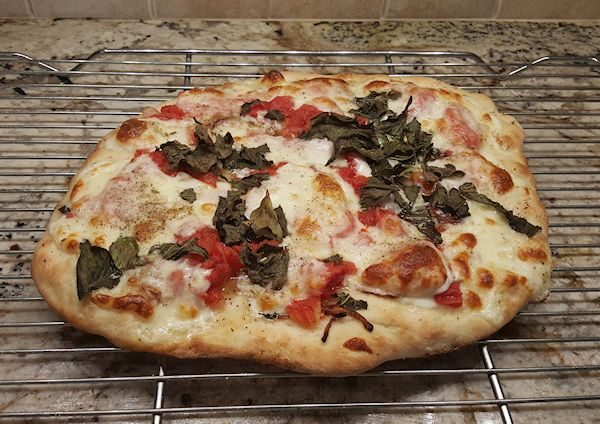 Homemade Pizza – (Made in the kitchen oven)

Then, as usual, the conversation went down the path of . . do you think soon you could build that outdoor pizza oven? I guess that’s what made Vince go searching online and then he found this one for $169 and figured it would work til he could get an outside oven built.

Every time I bake a pizza (or anything else at 500º) in the inside oven, the smoke alarm goes off even though the oven is fairly clean. The smoke alarm is too close to the kitchen but in a house this size, everything is too close! 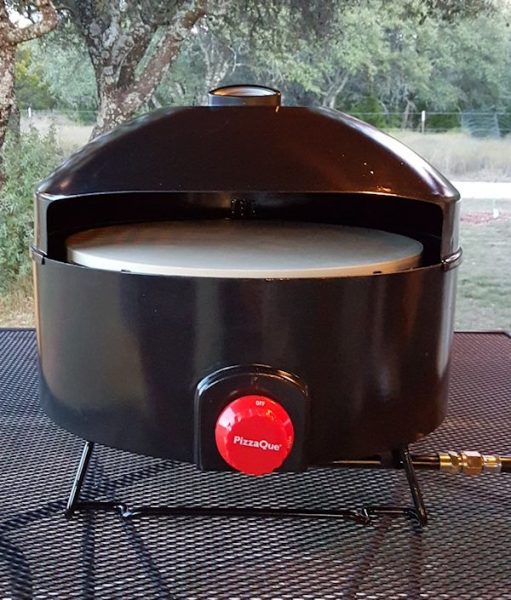 I already know that the opening is too small for my regular pizza peel so I ordered this one.

From what I’ve read in the reviews and the aspects I think make this little oven amazing: 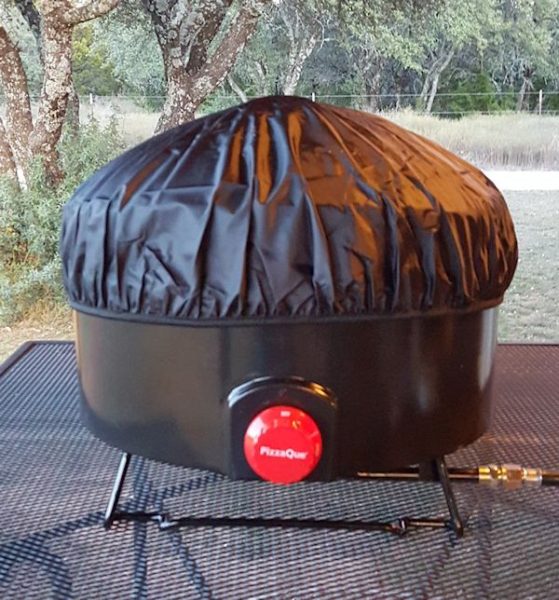 Look at the cute little cover!  It reminds me of putting a shower cap on my pizza cooker!

Also available is a stand for it which we’ll probably get sooner or later.

Tomorrow I will use this and report back but if you’re needing a gift for the pizza loving husband or anyone else you don’t mind spending this much $$ on . . I see this as being one of those gifts that a lot of people would love to receive!