If you’ve never tried making bread and would like to do it, Baguettes are about as easy as it gets. If you don’t believe me, which I hope you do, read this from King Arthur. The other day I was playing with bread dough and I thought . . where would we be without King Arthur Flour? I really do love all their stuff. 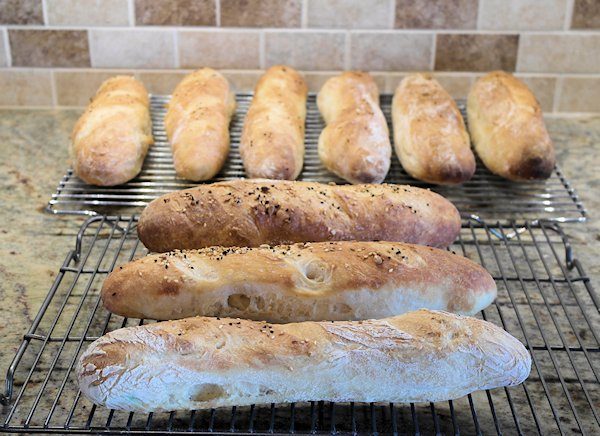 We’re going to the home of friends tonight for dinner. The husband called Vince and invited us over. Vince said “What can Judy bring?” and after much back and forth between them, I said . . I’m going to see the wife tomorrow, we can talk about what I’ll bring. She and I were talking about it yesterday and I had kinda planned to bring a dessert because her husband is making one of his special meals and I didn’t want to interfere with that but neither of us could think of what I would bring. I said “I’ll just bring something chocolate because I won’t eat that.”  She said “I’m not eating dessert either!” Then she said, this is how the conversation went:  Her husband said . . you know Judy is going to want to bring something. Then Vince “What can Judy bring?” and she and I decided I just wasn’t going to bring anything!

After I got home, I thought . . baguetttes. Her husband loves bread. I texted her and asked about bringing crusty bread and she liked that idea.

So, this morning the baguette making commenced. 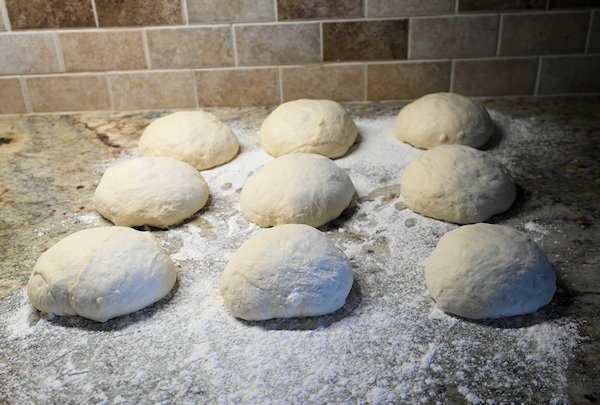 For those who asked if I use a baguette mold . . I do not. I use a baker’s couche, which is something a blog reader sent me several years ago. The couche is flax/linen . . fairly large weave but if you don’t have one, you could manipulate some fuzz free dish towels to make do. 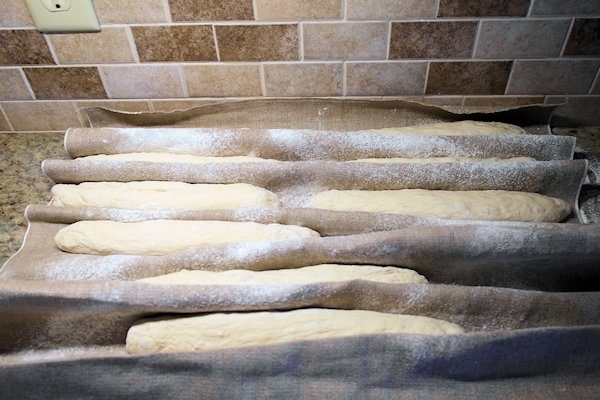 One thing I suggest having is a baguette flipping board. I resisted buying this . . not because of the price but it’s simply something else to have to store! It isn’t easy to pick up a log of dough without deflating it but I can butt the board up against the dough, roll the log onto the board, then roll the log off onto the peel lined with parchment paper. 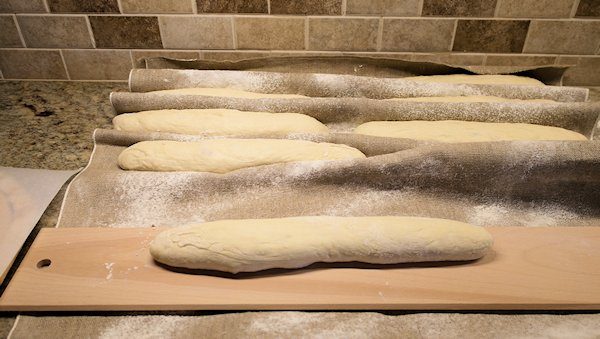 After the bread was done, Vince suggested we try one to make sure it was worthy of taking to our friends . . so we did . . and it is good! 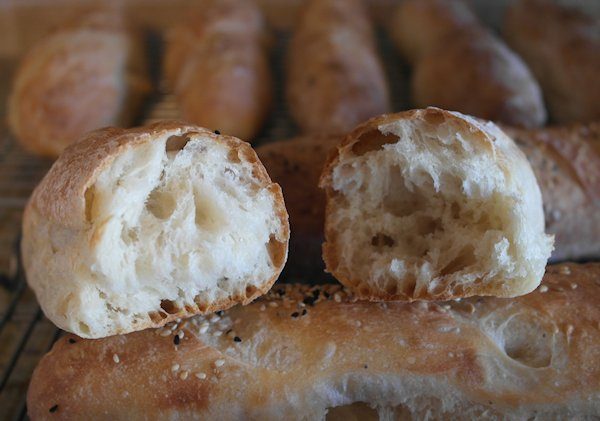 Baguette – Tender, with lots of holes! 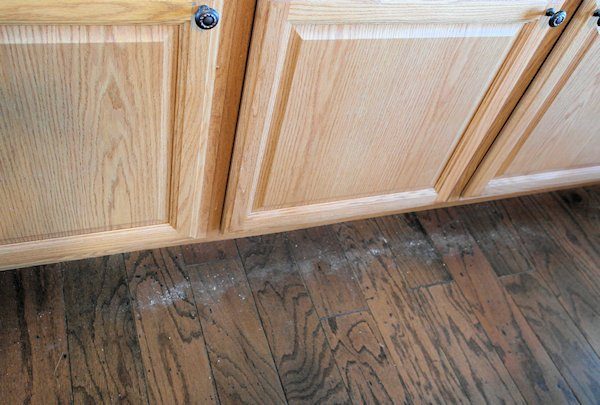 Flour Dust on the Floor