My grandma always made the best pies but in her older years, she began to serve storebought pies for Thanksgiving. I could never understand why she would do that and now . . I think I know!  Just too much to get done in too short of a time! We bought pies this year. And we didn’t even buy a pumpkin pie. We bought pecan and apple pies.

I bought rolls. I’m still on the fence about whether to make rolls or use the storebought rolls. It will all depend on how much there is to do at the last minute. I don’t think there’s going to be that much so I’ll probably make rolls. There’s nothing like leftover turkey on a sandwich made with a homemade roll!

There’s just the two of us. We had several friends invite us over but Thanksgiving seems like it should be a time for families and . . we aren’t their family and besides . . if we go somewhere else, we don’t end up with leftovers and leftovers are the best part of the Thanksgiving meal!

Several years ago I used a dry brine for our turkey and found that we like that better than the wet brine I’d be using. 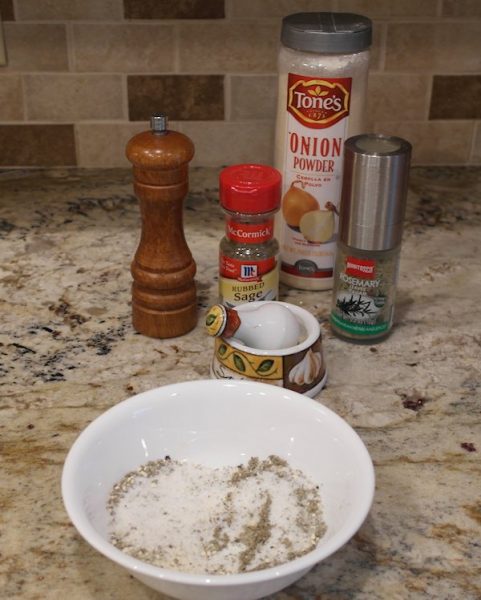 Added a bit of soft butter and mix it all together. 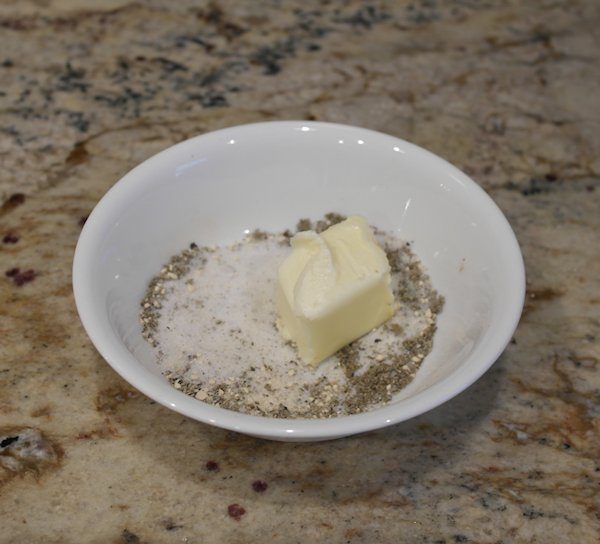 Rub it under the skin on the bird! Rub a little on the skin. 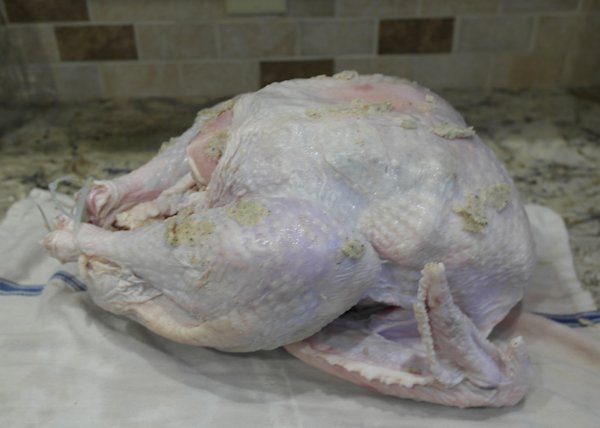 Season the outside. I used Slap Ya Mama . . which is about the best spice mixture ever! 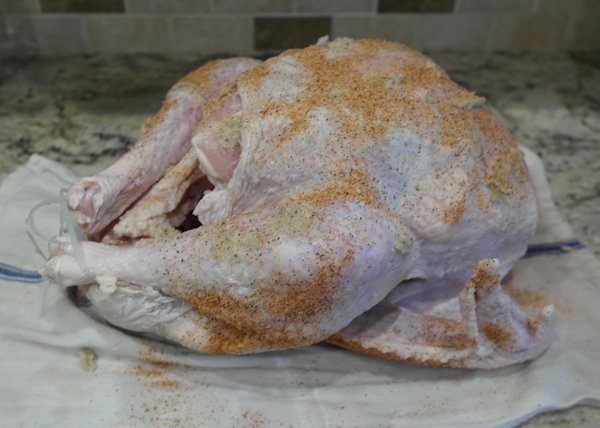 Stick it in the brining bag and place in fridge til Thursday morning. 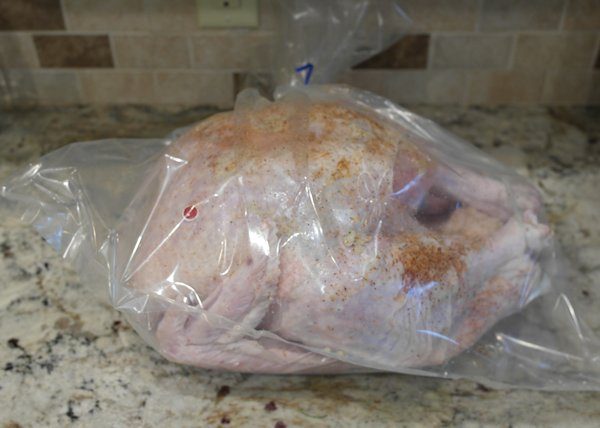 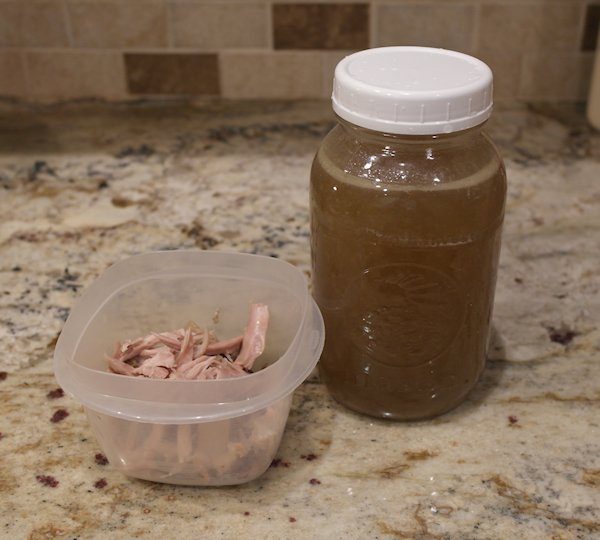 Cornbread has been made and will be left out to dry a bit before the dressing is made on Thursday morning. 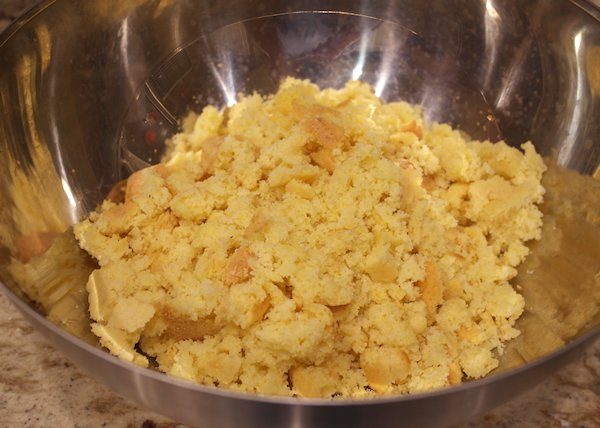 Most of the prep work is done . . the Thanksgiving feast will be delicious.

Tomorrow I will make the green bean bundles, the Watergate Salad and assemble the sweet potato dish. I guess I’ll have time to make homemade rolls . . I talked myself into it.

It’s beginning to look a lot like Thanksgiving . . especially in my fridge.