We both really love Thai food. My friend had recently been to a great Thai restaurant near Houston and brought back some of the best peanut sauce I’ve ever had! I used some of it with stir fry chicken and veggies the other night and was wishing we had a Thai restaurant nearby.

I wish all my wishes brought such quick and positive results.  It’s kinda like that morning we were sitting at the table having breakfast and I said “I wish we had an Aldi” and Vince said “We’re getting one!”  I didn’t believe him but I searched and found out that we were and we have it and I’m happy! I love Aldi.

Yesterday Vince came home from work and said “Why didn’t you answer your phone?” Hmm . . I didn’t hear it ringing (because I had turned it off at the chiropractor and never turned it back on).  He had found out that there was a Thai restaurant. For now, it’s only a take out place (they need a bigger place) and he wanted to know if I wanted him to bring food home but since he didn’t talk to me, he didn’t . . which was good because I already had steaks seasoned to grill.

Tonight he brought Thai food home. I got Kim Yum Kung, which is a soup and it was so delicious but I had to put the rice in the bowl, and add the soup and by then, I guess I was so excited, I didn’t get a picture! 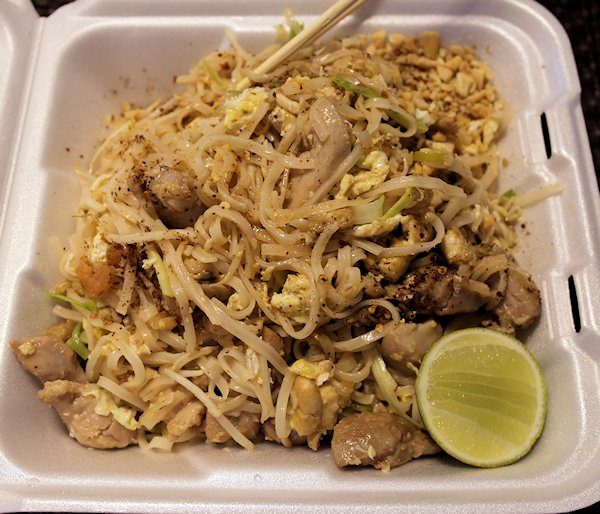 Vince got Pad Thai and it was perfect! 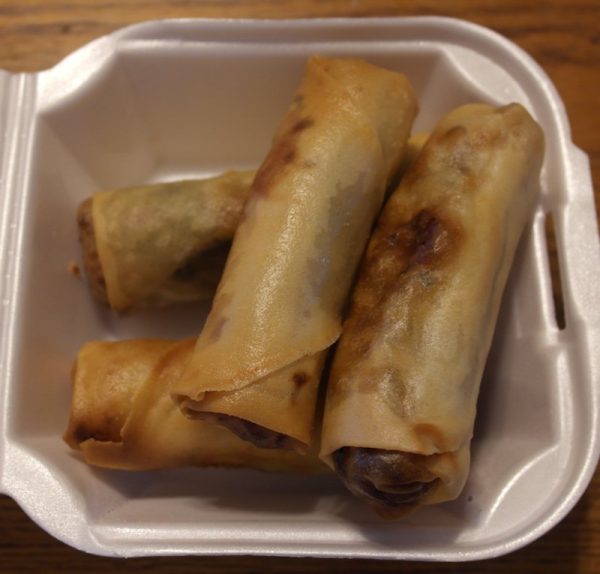 He also got four egg rolls. They’re all different – shrimp, pork, spicy and I forgot what the 4th one was.

The food is delicious .. you can bet we’ll be getting take out food from there often! For anyone local, it’s Jolene’s Thai Cuisine on Coggin. Great Thai food!