As soon as it started getting just a tad cooler, my friend and I planted beets, chard, lettuce, carrots, spinach, cabbage and I don’t remember what else. As soon as it emerged, even after I had covered it with the protective cloth, the grasshoppers came along and ate everything except 1 chard plant. 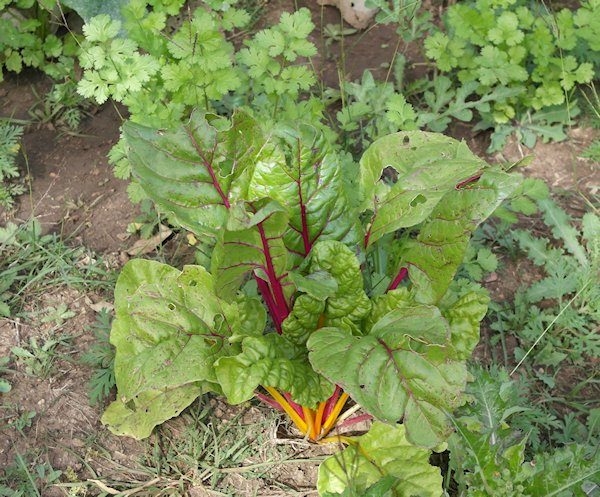 From a whole seed packet, I ended up with one chard plant.

Lots of plants came up volunteer and even though the grasshoppers have been munching on them, there are lots of things growing out there that I didn’t plant for this garden.

There’s so much yellow squash growing that we’re eating it every night, giving it away and there’s so much left that I don’t even see it all and some of it grows too big to eat. 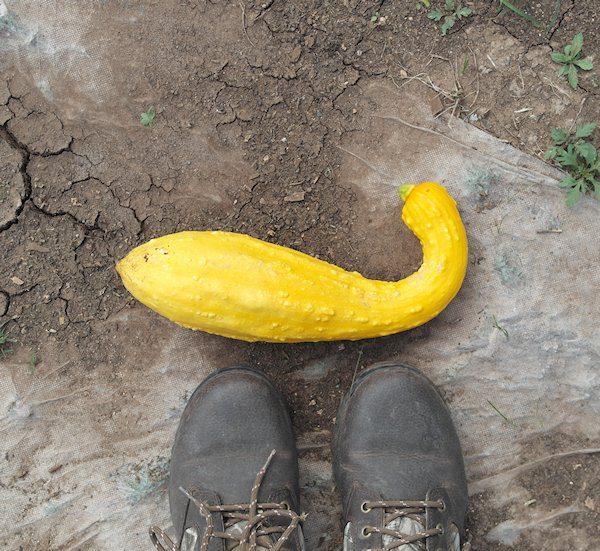 Using my boots (with the grass burrs in the laces), you can see how big that squash is. I missed it and if I don’t pick them every day, any I miss will be too big to eat by the next day. 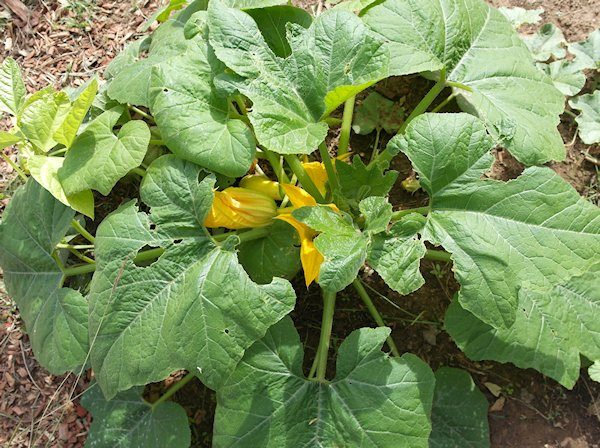 The squash is still blooming and it will produce til frost. It grows so fast and we’ve eaten so much, I’ll kinda be happy to see it gone. 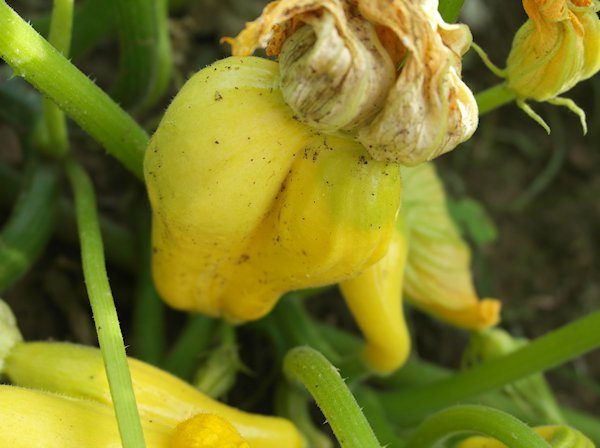 These two are growing together! It isn’t terribly unusual but I haven’t seen it in my garden in a while. 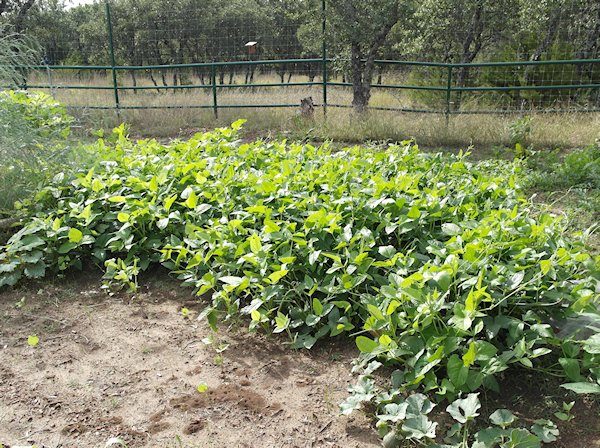 These are all black beans. Depending on how much longer before we get a frost, I may get to pick enough beans for a meal or two. 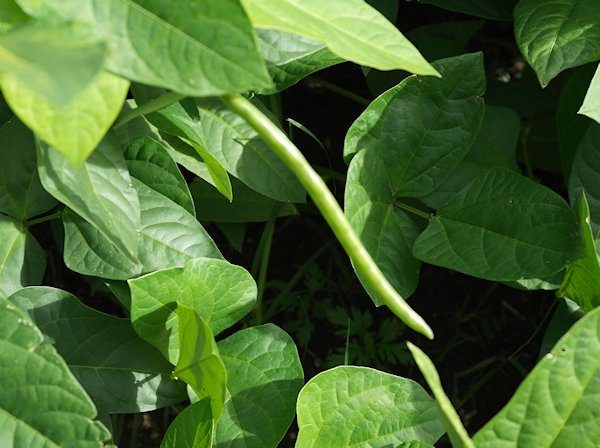 Not much chance of the watermelons getting ripe but there are lots of them growing. 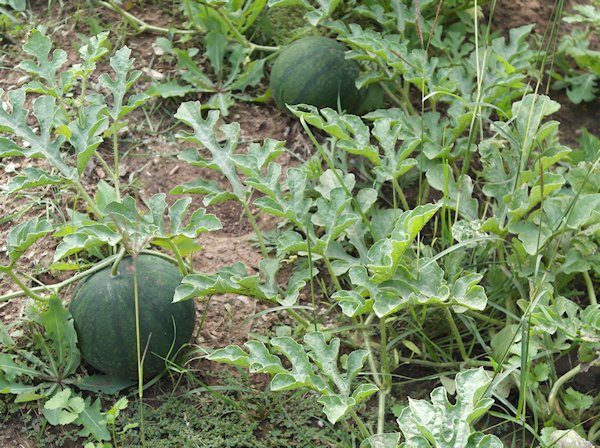 This is the largest one and it’s nowhere near being ready to pick. I suggested to Vince that we build a little greenhouse around the watermelons and he said NO! 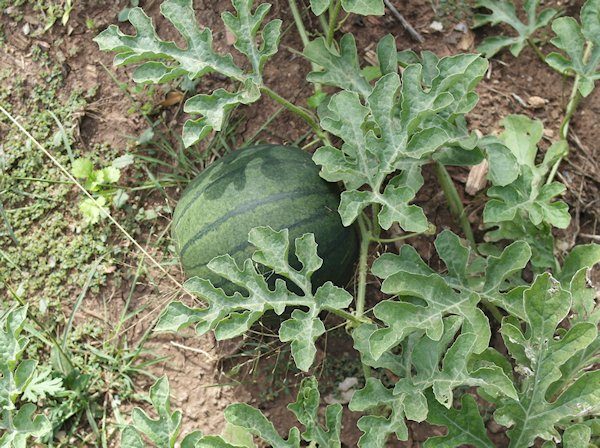 There are several tomatillo plants growing and covered in fruit so I’ll be able to pick some of those before the frost. 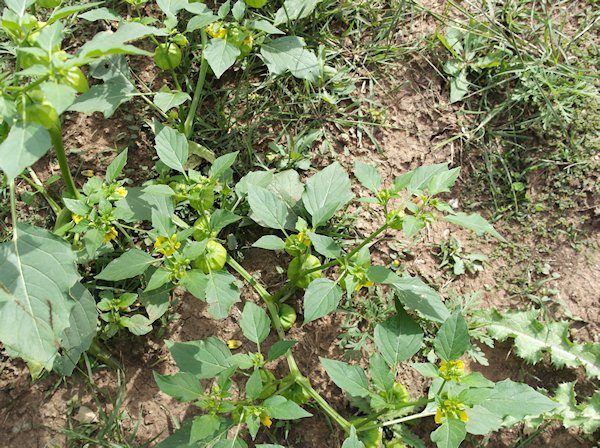 Even with the cooler weather, we still have grasshoppers. My hand is in there for reference . . you can see how big these things are. 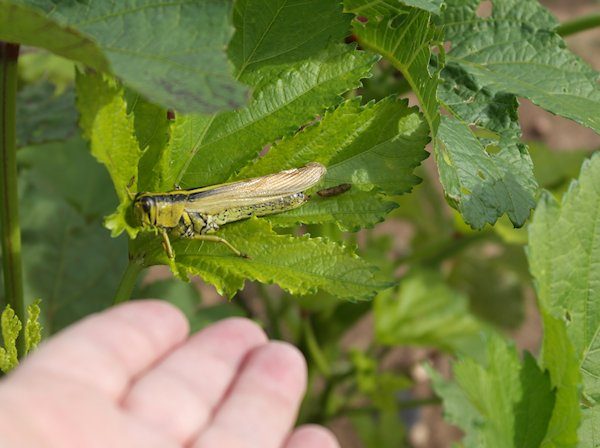 Not only is he eating my plants, he’s pooping on them too!  🙁

This one won’t be eating anything else. 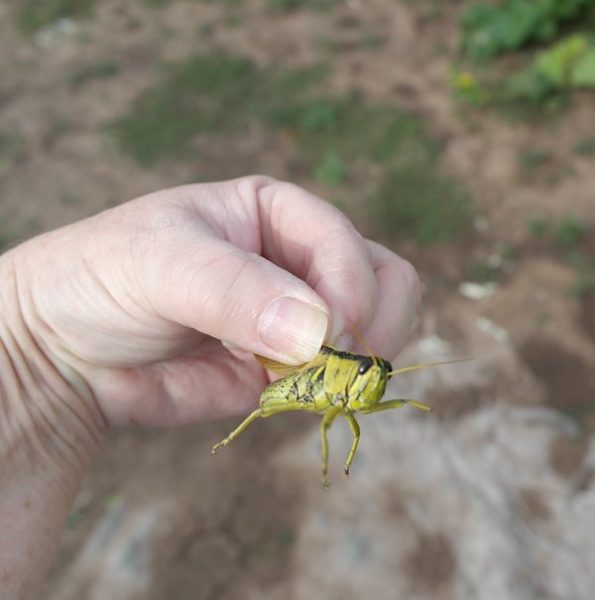 Soon to be Squished Grasshopper

There’s never a shortage of plant eating bugs around here. 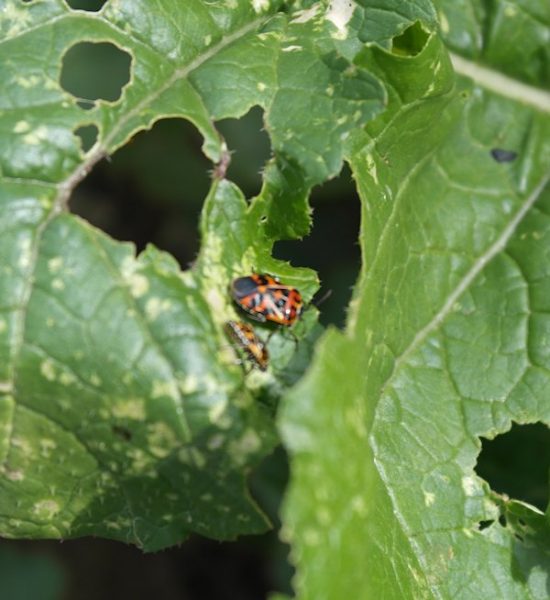 I guess since none of this stuff was planted, I can’t complain too much about the bugs enjoying it but I can complain that they ate all the other things I planted!

Tomorrow I’m going to re-plant the lettuce and spinach and hope there aren’t enough grasshoppers to do much damage. Wish me luck!