If there is an advantage to waiting at least four years to unpack boxes, it’s the thrill of finding things you had either forgotten you had, or coming across things and saying “Oh, I’m glad I found that!” The disadvantage is filling up bags and bags of trash and wondering (1) why you ever bought it to start with and (2) why you’ve moved it around with you several times.

Finally something halfway rustic that actually looks like it belongs in our current house  . . Chad’s drawing that he did in probably first or second grade. 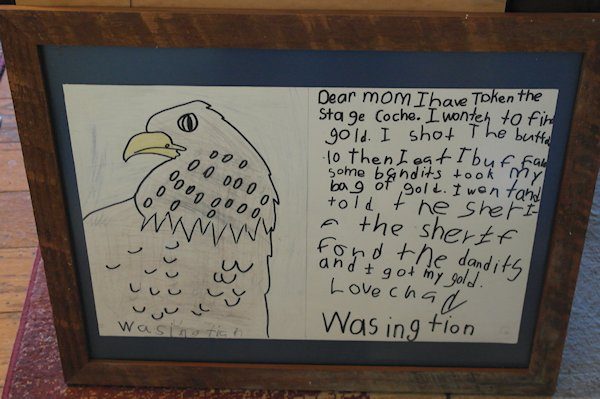 That will hang in my foyer. 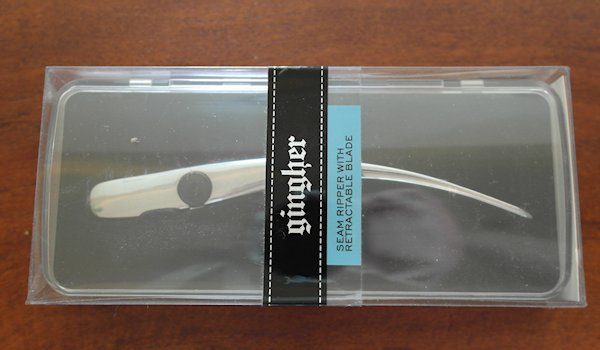 A never opened Gingher retractable seam ripper. I don’t even remember buying that. Of course, you have to make seams in order to need to rip seams and you know that status of my “making seams”.

It looks pretty cool. I’m anxious to try it. I found lots of sewing related items — some I’m glad I found; some I wonder why I ever bought. 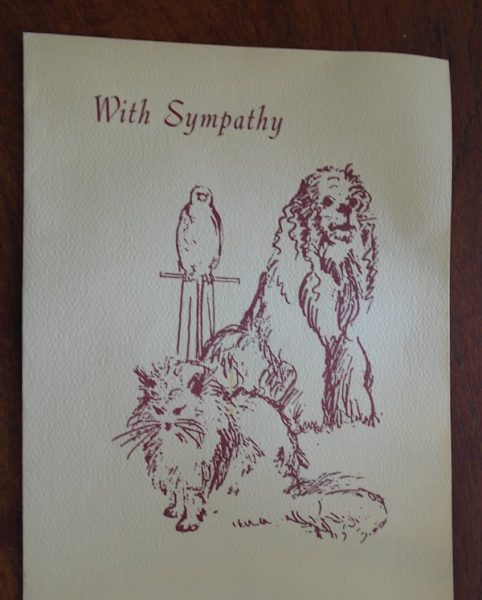 I found the card the vet sent me in 1989 when my first dachshund died. It’s one of those things that I continue to keep and I know Chad and Nicole are going to look at it when I’m gone and say “I can’t believe she kept this”.

It’s a darned good thing I gave up searching for these and ordered new ones. Four years, four months later . . the old ones are found.

We’ve barely made a dent in the boxes but it’s been fun finding stuff. Digging through boxes in the shop is definitely something we have to do during cooler weather so I’m hoping before summer rolls around again, the shop will be completely empty of boxes . . but I doubt it.