My spring garden was a total bust. I planted yellow squash and I got enough squash for maybe two meals. That’s it. The squash bugs invaded and when I say invaded, I mean . . I looked under those big beautiful leaves one day and it was a massive sea of blackish gray bugs. In a couple of days they destroyed the squash, the blooms, the leaves . . withered and gone! Briefly, I thought . . I’m not getting anything from these plants so I’m going to spray them with whatever chemicals will kill those bugs and at least I’ll have the satisfaction of knowing I killed them but then I came to my senses and realized the chemicals would go down into the ground and next year, I’ll be consuming those chemicals so I just let the bugs have their way with my squash. 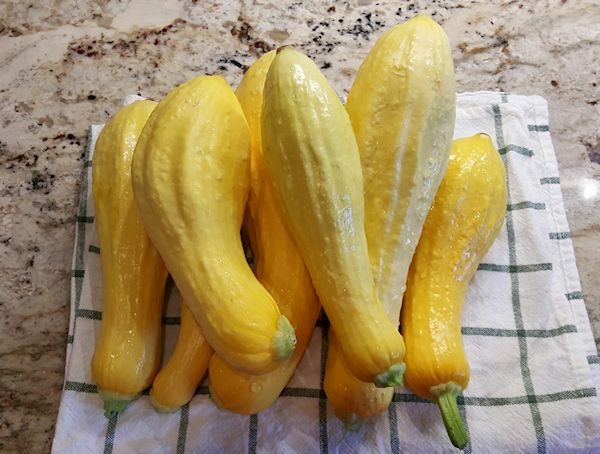 Six or eight weeks ago my friend and I spent a morning planting a fall garden. Beets, kale, lettuce, chard, and I can’t even remember what else. We covered it with the cloth that’s supposed to protect tender veggies from bugs, which the grasshoppers promptly chomped right through and ate every sprout out there. Honestly, there’s one terribly bug bitten kale plant growing, along with one chard plant. But, there are so many volunteer plants that came up. 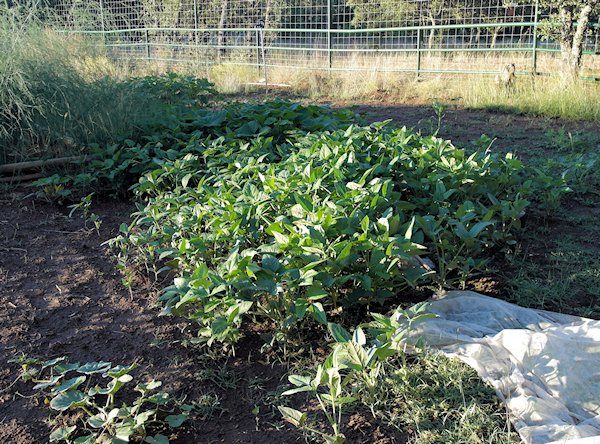 Some from things that weren’t even planted in that area. There’s quite a bit of peas and okra, which don’t have a chance of making anything this late but the squash . . oh, my . . I’m getting so much squash.

We have squash every night and I’m giving it to anyone who will take it. This is what I picked yesterday morning. 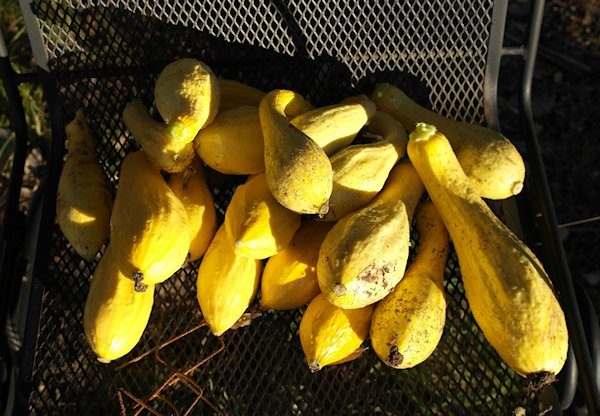 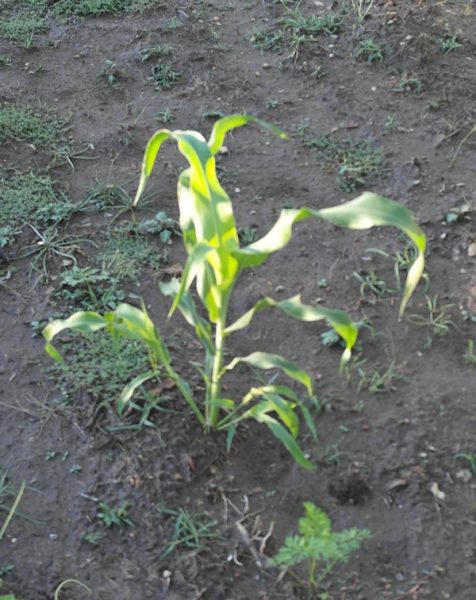 There are probably over 100 little watermelons. 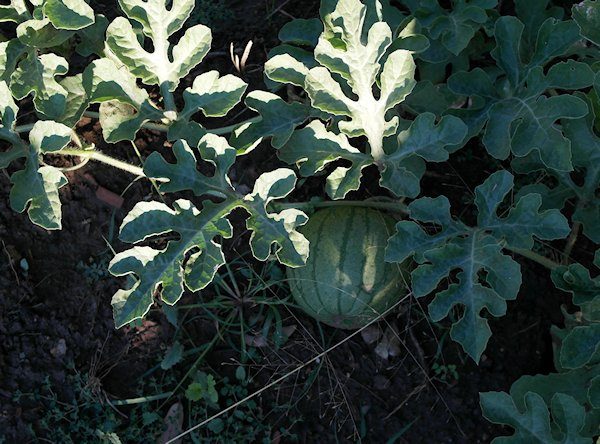 The corn and watermelon won’t have time to get ripe either but these plants are trying their best to be productive . . I wish I could save them but it’s just not worth the effort. I would mention hoop houses to Vince but I’m afraid he might send me packing if I come up with one more “good idea”.