Last year’s kraut wasn’t as tart as I would have preferred, and it was a bit crunchier than I preferred. I thought it was because I had not let it ferment long enough so this year my plan was to let it ferment at least 6 weeks.

When the cabbage was on sale at Aldi in mid-September, my head told me that was too early for kraut making because it’s still so darned hot here. I so desperately need a basement and you know . . they have really good basements in MO. 🙂

My tummy was telling me . . even though it’s still warm, you’re out of homemade kraut . . so I went ahead and made it on September 12. 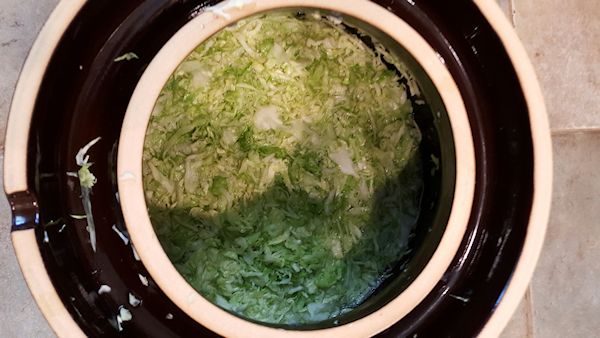 This past Sunday, after just 4 weeks of fermenting, I checked the kraut and I thought it was perfect. I had Vince taste it and he said he was happy with it so yesterday, it all got put into jars. 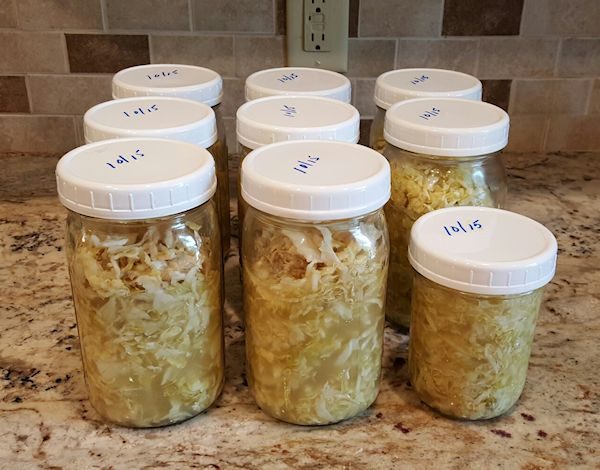 Eight quarts and one pint! Not bad from 5 heads of cabbage that were on sale. I’ll give some of this to Nicole, who loves kraut and Chad  . . Mr. Picky Eater . . won’t touch it. This isn’t enough kraut to last us through the year so hopefully it will be on sale again around New Year’s and I can get more and make another batch.