Twenty years ago, if someone had told my my preferred shopping place would be Tractor Supply, I would not have believed them!

Earlier this week, I had a followup visit with the podiatrist . . which meant I was away from home alone. That rarely happens! When I left the doctor, I knew I had to go to the grocery store but I thought . . I’m dressed, I’m out . . where else can I go? Well . . Tractor Supply, of course! 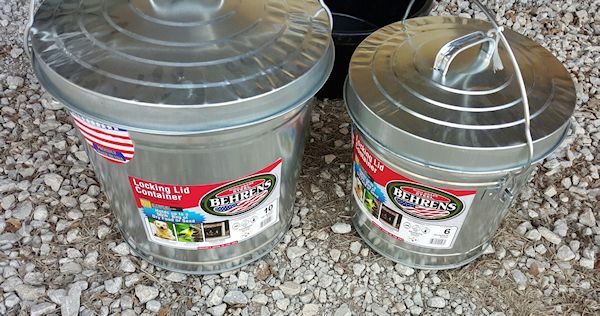 While digging around in the shop the other day I found a 6 gallon galvanized bucket with a tight fitting lid. The bucket handle clamps over the lid so it closes tightly and security. I’ve been hauling chicken feed around in that bucket and then Vince saw me and said “Where did  you get that bucket?” I found it! Then he told me that’s the bucket he bought for cleaning out the fireplace so I bought him another one but they had one 10 gallon same kind of bucket and I thought . . that would be kinda cute to keep my fiber for spinning in! I can even stick it in the corner and it won’t look bad in my “rustic” looking house. 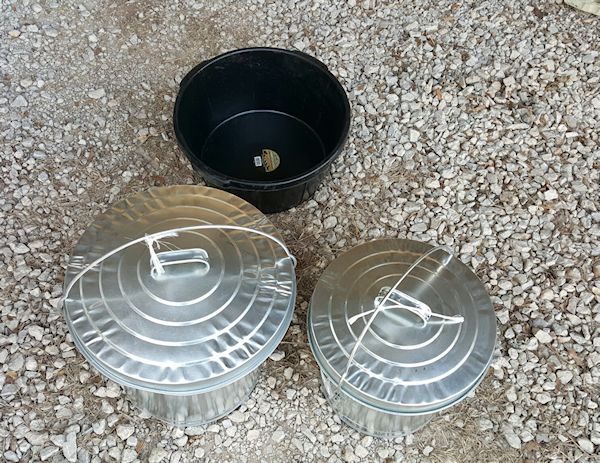 I use the black tub for cleaning/scrubbing/soaking chicken watering cans and I figured having a second one over by the second coop will save me a bit of walking.

The 2×4’s are open in the coop and in between them .. there’s a build up of . . well . . what chickens leave behind (NOT eggs!) and I can’t get in there with a rake or a hoe because it’s right up against a wall. I was looking for one of those tools that just has a blade on it instead of a regular hoe and they had one but it’s 7″ and I think that’s a bit side and then I saw this fireplace shovel for $4.99.  Perfect! That will get in the crooks and crannies and be a useful tool for cleaning out the coops.

I still need a good, stiff brush that I can get into the watering cans with but I haven’t found that yet. I should have gone by Walmart or Home Depot but I was already past the number of stops I wanted to make so I’ll save those for another shopping trip.

Maybe this weekend I’ll surprise Vince by asking if he wants to go to Walmart or Home Depot or . . maybe I won’t!