Saturday morning we were headed down to the spinning class and about 2 hours into the trip, Vince looked at me and said “You know . . we really do live in the middle of nowhere!” It’s 2 hours to Abilene, 2-1/2 hours to San Angelo or Austin, a little over 2-1/2 hours to the Dallas/Ft. Worth area. Two hours isn’t a long time but because of dogs and chickens, we have to be back not long after dark so two hours away means four hours on the road and not much time to do a whole lot of other stuff so we mostly just stay home.

We ended up on on I-35 for a short distance and Vince said “Do you know how long it’s been since I was on an interstate?” We started thinking about it and it’s been about 2 years. I get on the interstate to go to MO but Vince hasn’t been out of Brownwood except for a few trips to Abilene. We both laughed and said we need to get out more but after driving in city traffic, we decided we’re better off to stay in the country and do without all the amenities the cities have to offer. 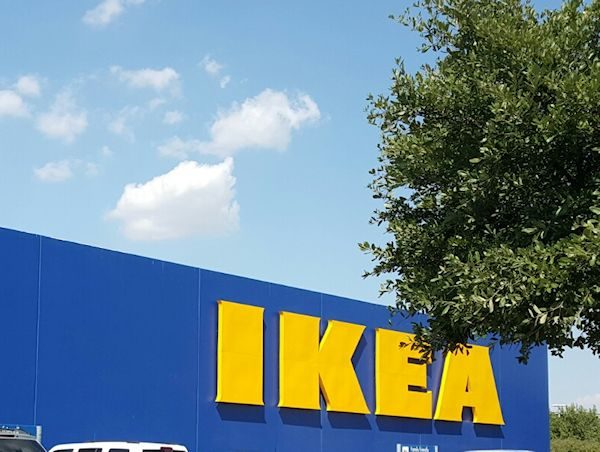 I have heard about IKEA all my life but had never been to one so we made a stop there. I told a friend on Facebook . . it’s a shopper’s dream and a non-shopper’s nightmare. Once you get in, you almost have to go all the way through it just to get out . . kinda like the old Spookhouse at Halloween when I was a kid. Vince could have spent the weekend in that store! Towards the end, I was saying “I think I’ve seen enough!” and finally I said “Vince, I AM READY TO GO!” Ahh . . just a little more and we’ll be done. Don’t you want to see everything? NO! But we did! 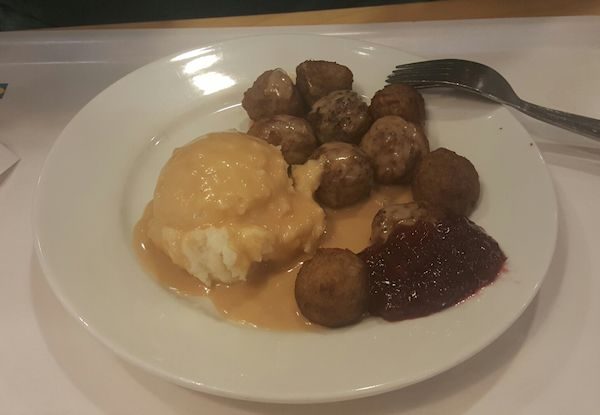 Maybe I expected too much but these babies needed some “Slap Ya Mama” seasoning. They were so bland but I can say I’ve had them . . and the mashed potatoes were good!

I did buy a few things and best off all, I found a new table . .which we didn’t get because we already had too much stuff in the car and I don’t think it will fit in the car anyway but Vince is going to measure and then we get to go back! You know how my house is so tiny and my table seats 4 and with 4 there, it’s crowded. I wanted a bigger table and he squawked but I found one at IKEA that isn’t much bigger than mine but instead of having leaves we have to keep up with and keep from getting scratched, one end is hinged and folds completely down. This means it would only seat 3 unless you opened it up but once open, it will easily seat 6. It’s cheap ($199) and unfinished pine . . which means Vince can finish it and than any boo-boos . . he can fix. We saw it and both said “That table would work for us!” It’s inexpensive enough that if we ever move and need a nicer table for the dining room, I wouldn’t mind using this for a craft table or something like that. 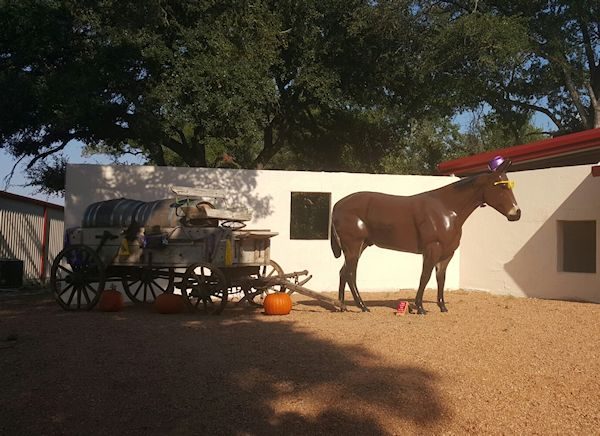 Next stop was the Thirsty Mule Winery. I wish I enjoyed wine more but I don’t. Give me a Dr. Pepper any day and I’m happy. We did buy one bottle and it was a fun stop. 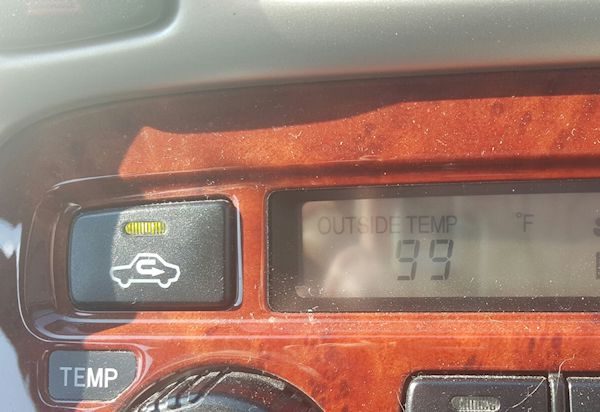 Mother Nature is definitely not in any rush to bring Fall temps to this area. It was pretty hot but I have great hope that cooler temps are just around the corner! I’m so ready for Fall. I’ve been trying to convince Vince that if we took a road trip to MO, we could see some Fall color but so far, I’m not having much luck. I think after the two weekend trips down near Austin, he’s ready to be home for a while and I can’t say that I blame him.