We still don’t have tables but it won’t take long . . they’re almost ready. Vince has to cut the boards, shave down one end where they fit into the table leg hole, fasten them up (I forgot how he’s doing that) and stain them . . though I’m guessing he’ll stain them before fastening them to the tables. 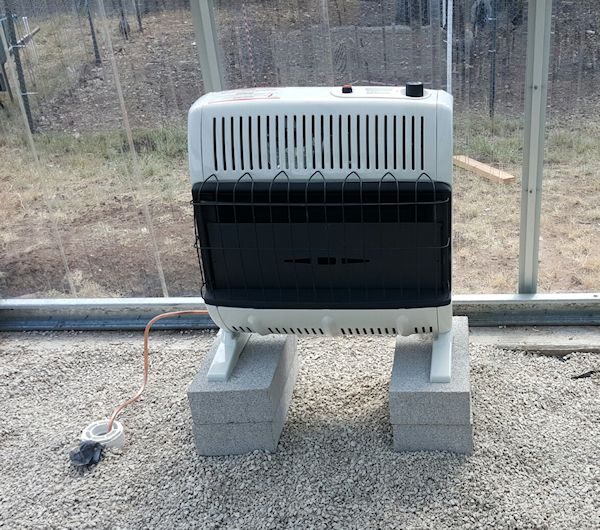 The heater has been set up and tested. 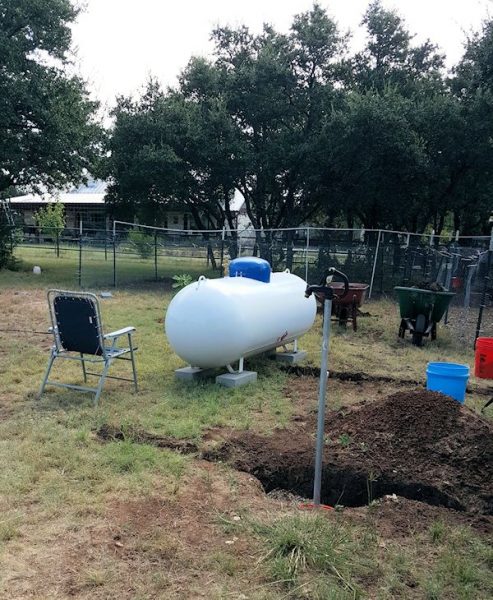 Propane Tank for the Greenhouse

The propane tank has been delivered and filled. They got it all set up and I saw it and said “Hey . . can you switch that one for the one by the house . . which is old and has the paint flaking off?” NO! Not gonna happen . . especially since both were already filled.

The greenhouse has been a long time in getting done. We ordered it in February, 2014. It was delivered in March and we didn’t need it til it got closer to winter. I can’t remember what was going on prior to Winter, 2014 but we just never got around to getting it set up and by about February, 2015, I was squawking about getting it set up and ready so I’m happy to know that my cold sensitive plants will have a warm home this winter.

Vince wants to get into some hydroponics so I think we’ll have lots of fun with it.