Not unlike other hobbies/crafts most of us have tried, spinning definitely has a learning curve. Maybe because it’s been quite a few years since I tried something so totally new, my lack of “getting it” caught me by surprise. In class, we started off “treadling”. First, even when going as slowly as I thought my feet could possibly go, I was still moving too quickly. Second, for spinning, we want the flyer going clockwise and it seemed that I was perfect a going counterclockwise. I changed wheels thinking maybe I’d do better on a different wheel. I didn’t!

The classes are 2 hours. For the firsts class by the time we all tried several wheels, watched the instructor spin, listened to the “instruction” part of the class, we didn’t have a lot of spinning time. Honestly, I was ready to get out of there. My work was so horrible. 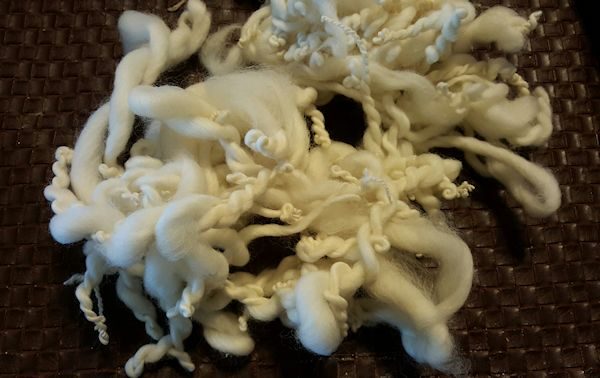 There were tightly kinked sections, mostly sections where the yarn was just racing through the flyer with little twist and even less drafting on it.

As I’ve mentioned, I rented a Schacht Ladybug to bring home. After watching several videos, and signing up for the Craftsy class and watching a couple of lessons, I had my confidence back and was ready to try again.

When I bought the longarm, Vince wasn’t 100% in favor of that idea so there was a whole lot of “do you still think you did the right thing?” going on. With the spinning wheel, I believe Vince is a bit interested in it and I could see him trying it some day.

Several hours were spent just treadling . . stopping and starting, keeping it going slowly and steadily, and keep it going in a clockwise direction.

On one of the videos I watched, it was suggested that we run purchased yarn through the wheel just to get the feel of feeding the yarn through, without doing any drafting. Got that done and was feeling good.

Next I grabbed some fiber and began drafting and spinning. My work isn’t even close to great but it’s so much better.  So far, I’ve spun the res of the Noro Rainbow Roll. 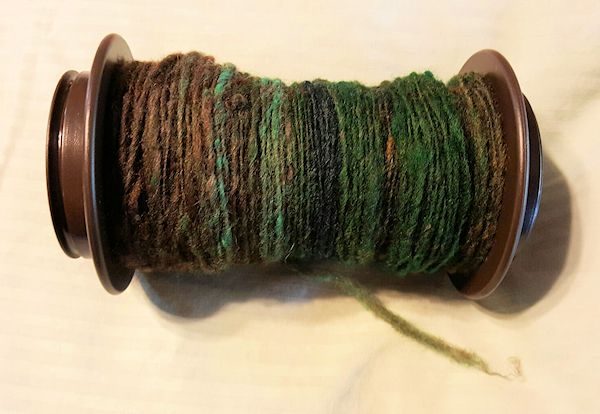 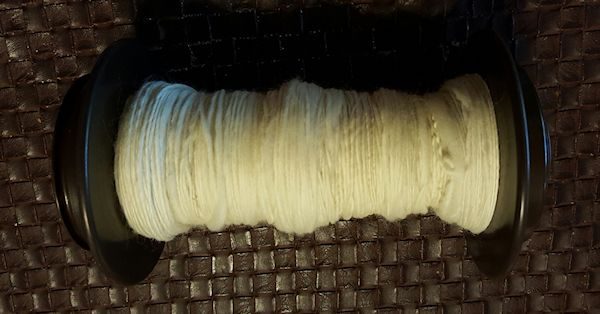 Last night I was doing so good! I had Vince drag up a chair, sit beside me and watch. Oh yeah! I had it down . . til I slept. This morning, I got up and headed for the wheel as soon as Vince left for work. It wasn’t daylight yet so I couldn’t start my outside chores so I might as well spin. By the time the sun was up, the chickens were squawking to be let out, Cat was looking around to see where I was . . and I still had not successfully got the spinning wheel going. It wanted to go counterclockwise. The fiber wanted to break. There was no uniformity in size when I would get it to spinning. Whew . . I’m not there yet, am I? 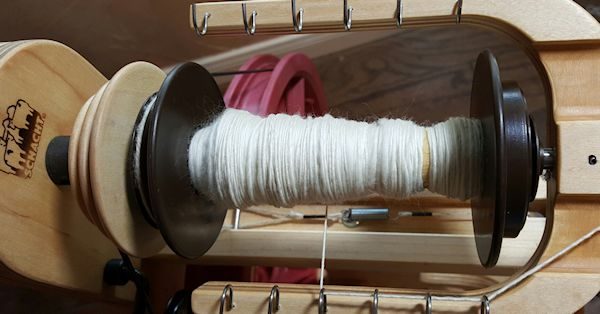 Finally, I got my rhythm back and I think it’s my best yarn yet. In theory, each bobbin should be better than the next but after the way I started out this morning, I’m not sure about that.

I am longing to buy lots of beautiful fiber from all the etsy shops that have hand dyed fiber but so far, I’m resisting!