For the most part, bantam hens are excellent mothers. We have two coops of bantams and in one coop, the hens are horrible mothers. I think they’ve hatched about 25 eggs in that coop recently and one baby survived. Someone has said they’re going to take all our bantams and if they don’t come and get them soon, well, I won’t say what’s going to happen to all the chickens in that coop but it may not be good!

They’re sitting on eggs again. I take all the eggs and don’t let them sit but Vince is a bit easier persuaded and he will end up leaving eggs under them and after a couple of days, I find a whole clutch of eggs and I hate to throw them out but we surely can’t use them at that point so I let them continue.

Last week, they had several babies hatch, usually one each day, and they would be so cute and fluffy and energetic and the next day . . dead! I have no idea what’s wrong with those hens but we made the decision to start taking the babies out once they hatch.

The first day, I ended up three babies. There are three hens sitting on two nests. 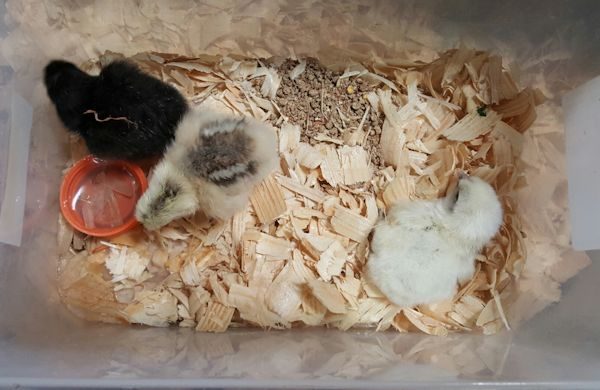 Then there were four. 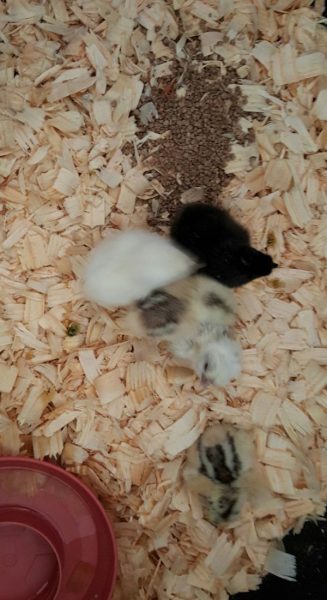 They’re kinda wiggly so it’s not always easy to capture a picture when all four of them are being still. 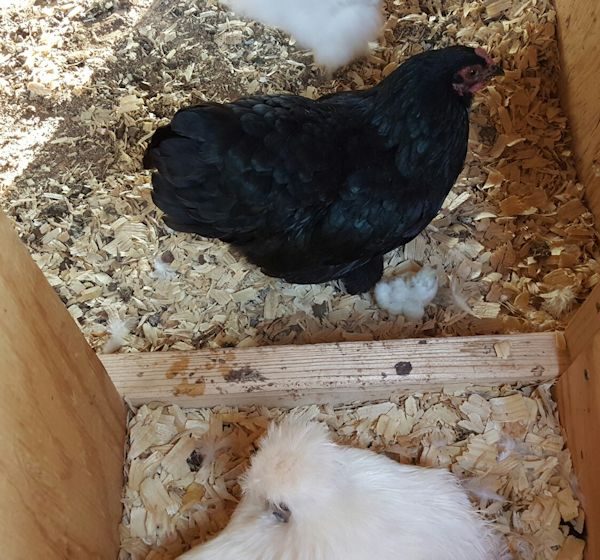 Then there was one that was already out of the nest. That’s one of the things they do . . they push the babies out of the nest and then the babies get too cold at night or they end up falling out of the coop and can’t get back in.  See that black hen . . she’s mean as a snake. She comes flying at me every time I stick my hand in the coop.

I couldn’t reach this chicken so I had to use my chicken/egg grabber, which is really a toy for playing catch with the dogs but my friend, Judy, told me about it for reaching into spots in the coop where I might not want to stick my hands. It works great for getting eggs or baby chicks! 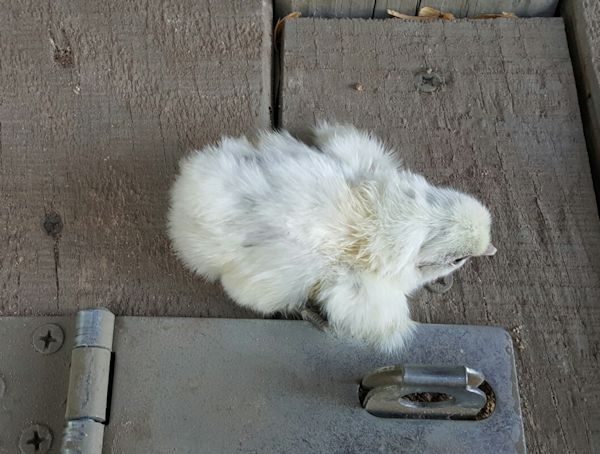 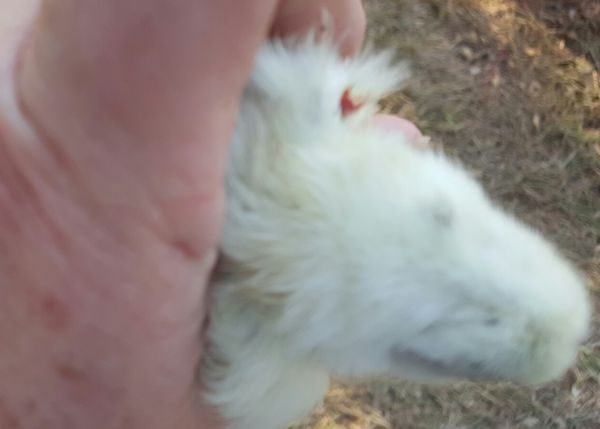 But, she’s already been injured and has a bloody wing. I brought her in the house, wiped the blood off, tried to put a band-aid on it but it wouldn’t stay. Vince was outside working and I couldn’t find the Vet Wrap stuff so I wiped her off as much as I could and put her in with the other babies. 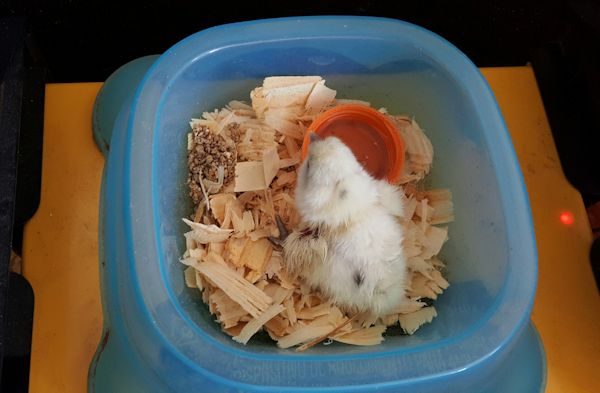 As chickens will do, they spotted that little bit of blood and began pecking on her. So I had to figure out a way to keep her under the brooder but keep her separate from the other chicks. I thought a dog food bowl might work it took her about 5 seconds to climb out of that. 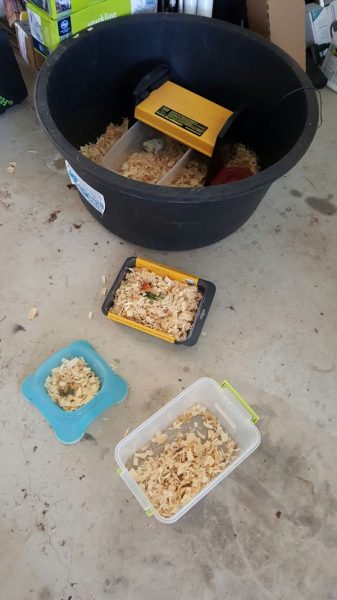 I found a plastic container that would work but it took me several tries to come up with a plan.

As of today, there are 6 babies in the brooder box.  One of them has spraddle leg and we’ve wrapped the legs to hopefully make it right but there’s a slim chance. I’ve not had much look fixing that problem. There was another one hatched yesterday but it was already dead by the time I found it.

I guess there are some chickens that are just plain crazy and apparently I have a coop full of them.