Some days I feel like I should be a spokeswoman for Pressure Cooking Today! I love everything on that website. When I was at Chad and Nicole’s, Nicole and I wanted to make cabbage rolls but Chad threatened us with having to sleep with the dog if we cooked cabbage rolls. I kept telling him . . unwrap the cabbage, eat the filling and you’ll never know cabbage was involved but I think he remembers all the times growing up when I said: just eat it . . you’ll never taste . . whatever it is he was sure would kill him. He always swore he could taste the onion, or the celery, or the mush room.

So, no cabbage rolls were made last week but I made them yesterday in my kitchen. All I have to say is:  Chad has no idea what he’s missing! 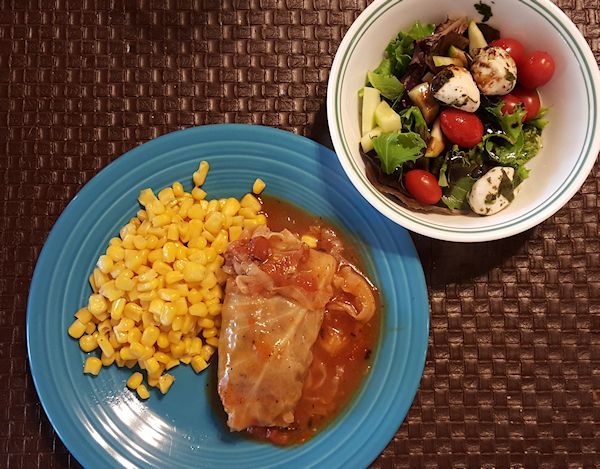 They were seriously delicious . . so delicious that I wouldn’t mind having them again tonight!

Let’s first talk about the pot. I used the Instant Pot electric pressure cooker. I really love that pot and I highly recommend it. But, if you don’t have one and don’t want one, you can make this recipe and simply bake the cabbage rolls.

My entire life I’ve made and loved cabbage rolls but I have never known how to successfully get the cabbage leaves off the head, get them soft enough to roll up without cracking or being too soft. It’s probably something so basic that everyone but me knew how to do it! The instructions in the recipe produced perfectly cooked, not hard, not too soft . . . cabbage leaves. I’ll use this method over and over again for the rest of my cooking  years!

For the cabbage rolls, I followed the recipe except: 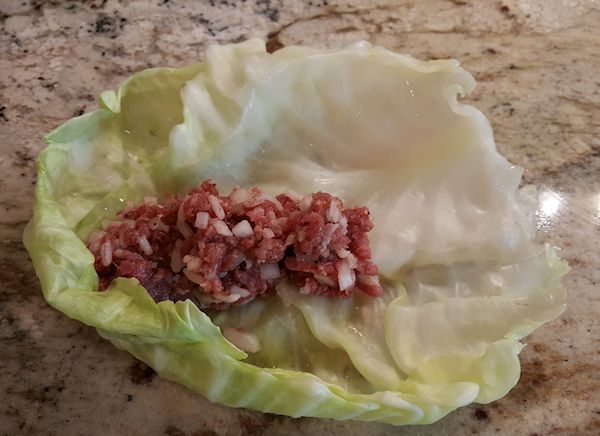 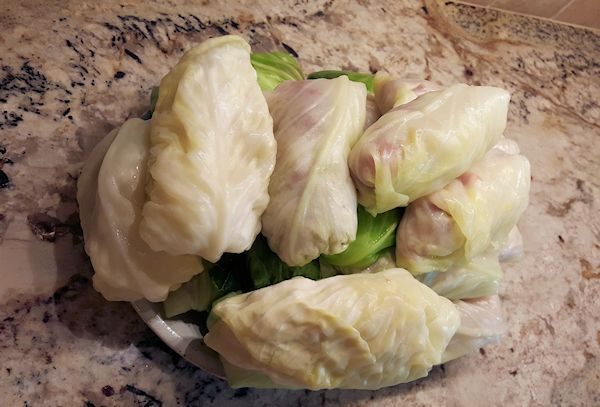 I ended up with 21 cabbage rolls so I put three per container – 2 for Vince and 1 for me. Six dishes for the freezer and dinner last night. 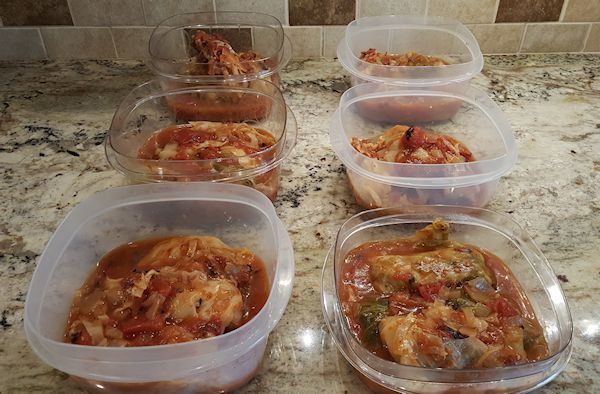 This is a recipe I’ll be making often!