Before we have our “official” tamale making day on September 12, I had wanted to try the recipe and make sure everything was good – not that I didn’t expect it to be. Since I only make tamales once or twice a year, there were some things I remembered that I wanted to tell you before you start.

As a reminder, we’ll basically be following the recipe from Pressure Cooking Today. We made a double batch, which I probably wouldn’t recommend if you’ve never made tamales. With the two of us working, we didn’t get started til a little after 9 this morning and then we were done, had them steamed and cooling down before noon, so it wasn’t bad at all.

My tamales are probably smaller than the average tamale  .. Vince eats 3 and I eat 2, but we made 86 tamales total. We put them up for Chad and Nicole, in vacuum seal bags, in bundles of 7 or 8, depending on the size of the tamale (mine are not very uniform). We put up 10 bags in the freezer for Chad and Nicole and we had them for lunch.

The recipe from Pressure Cooking Today is delicious. I wouldn’t change anything about the ingredients.

Here are a few tips and I’ll try to remember to bring these up again before we start our tamale making on September 12.

We cooked the meat the night before, removed it from the liquid, placed both in the fridge til the next morning. 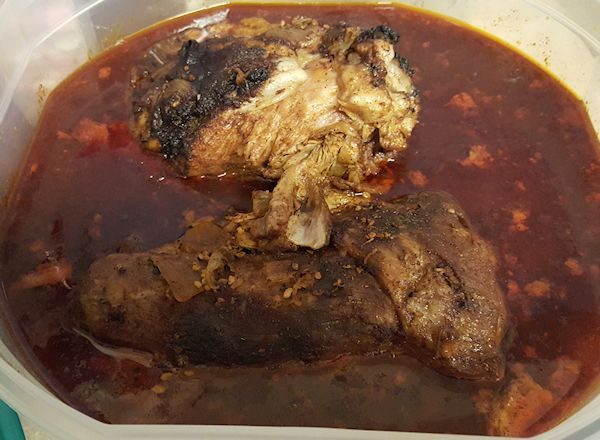 Here’s how we spread our masa: 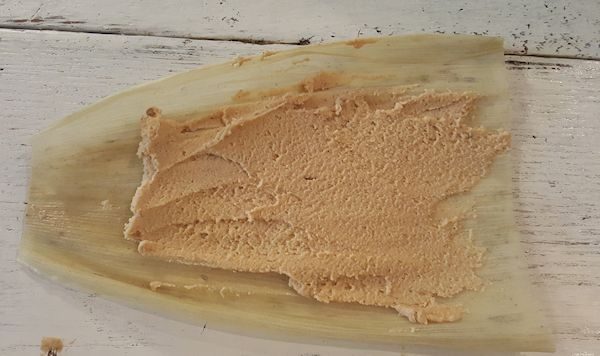 Here’s how we added the meat: 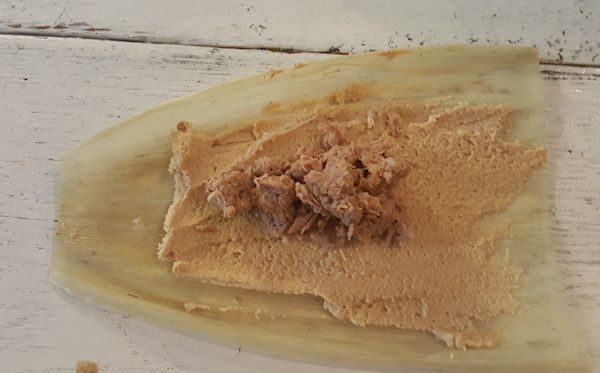 Here they are in the pressure cooker. We were using both of our cookers. 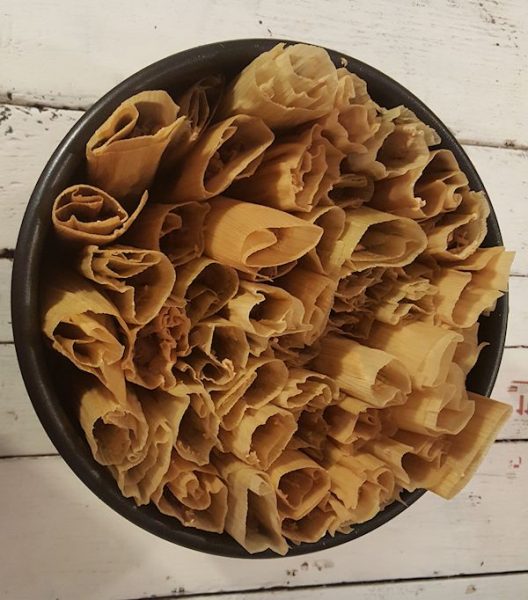 Out of the cooker: 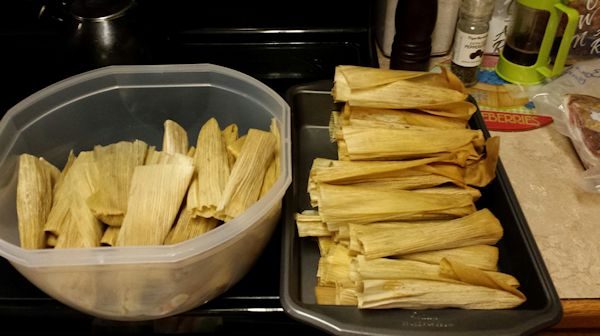 All vacuum sealed and ready for the freezer. 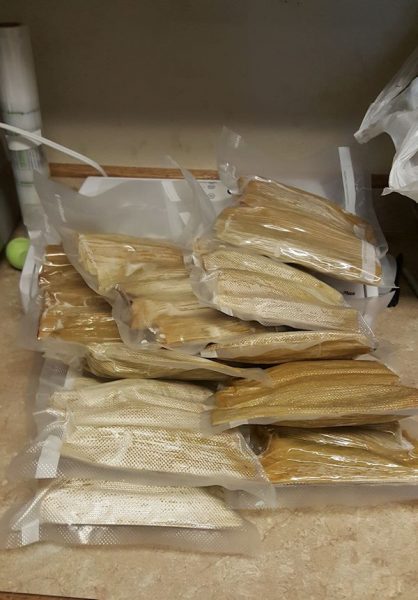 If you’re wondering why some of them look white, it’s because of steam/fog inside the bags. Some were cooler than others when they got bagged up.

They didn’t take that long to make, they are so delicious and we had fun together. 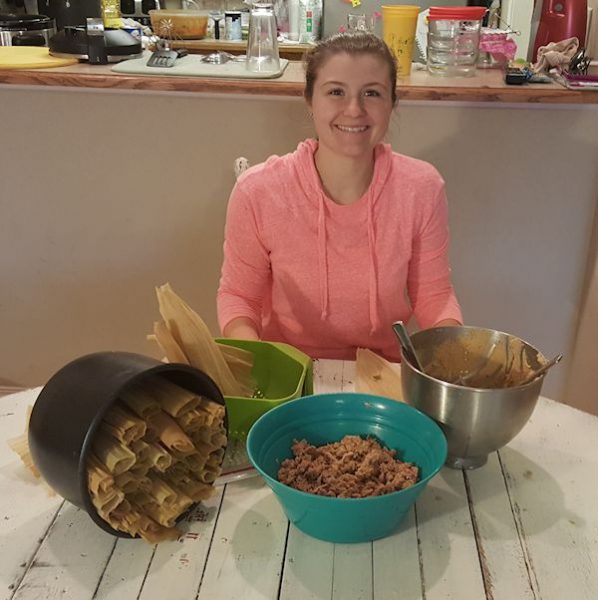 By the way, there was a local place selling tamales for $13/dozen. We figured they cost us less than $4/dozen to make and we paid full price for the meat. If we had been able to get the meat on sale, we could easily have made them for $3 per dozen. Granted, mine are probably a bit smaller than the ones being sold but there’s no way, even if I had made bigger ones, that it would have cost over $7/dozen to make them.