It was on August 12, 2011 that we moved away from Missouri. Here were Chad and Nicole telling us goodbye.

Nicole reminded me that they had red tongues because we were all sitting outside eating popsicles from our freezer. 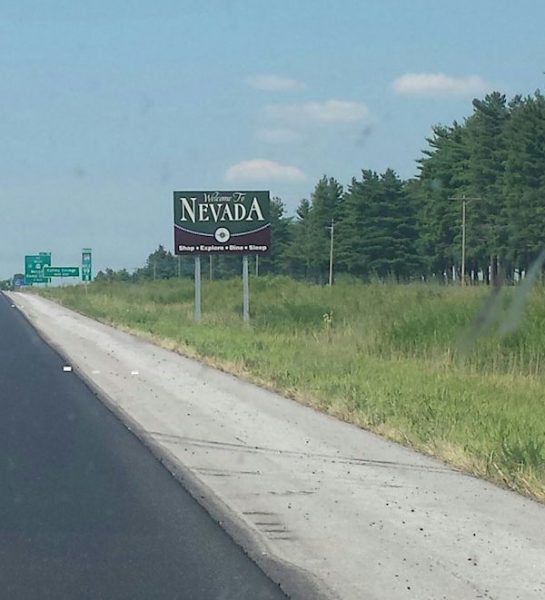 I’ve had a very fun week in MO. We spent some time at Nicole’s parents. Her family is so nice and so welcoming and they have welcomed and accepted Chad into their family just as if he were one of their own. They have a beautiful place near Nevada. Addie absolutely loves spending time there and that makes me so happy. 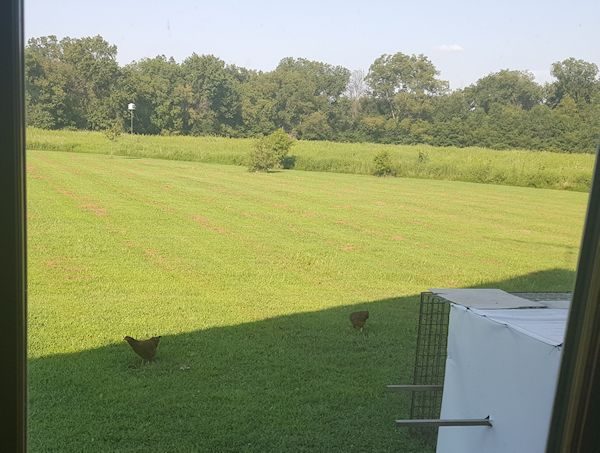 They have 40 acres and no neighbors. They have a gas stove! I could live there!  🙂

Chad had a couple of his friends over and we had a fish fry. 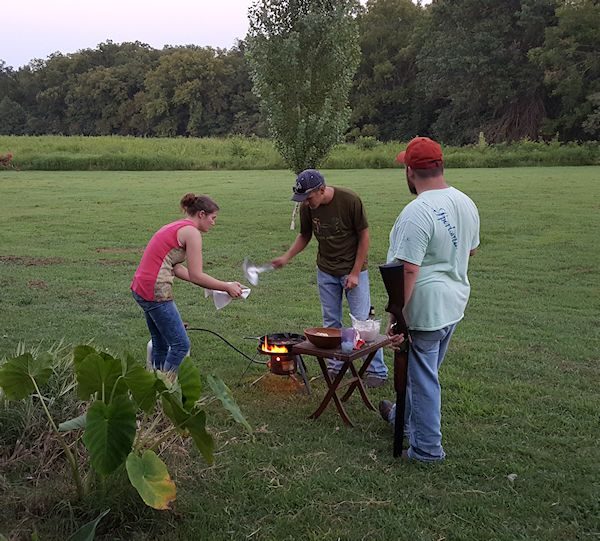 We laughed til we cried! Chad’s two friends are hilarious. We had yummy fried shrimp that Chad got in Louisiana, fried fish that Chad and his friends had caught 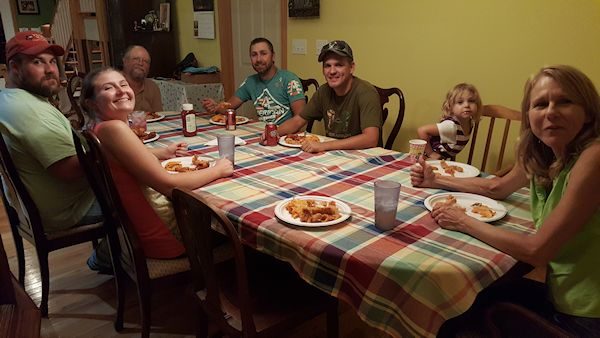 We really had fun .. Nicole’s parents say they’re so happy that Chad’s friends are comfortable hanging out at their home. The guys all hunt out there so this time of year they’re spending a lot of time there getting their hunting spaces set up.

This trip surely has made me want to move back even more . . whether that will ever happen is anyone’s guess.