The lawn mower could maybe be fixed .. maybe. 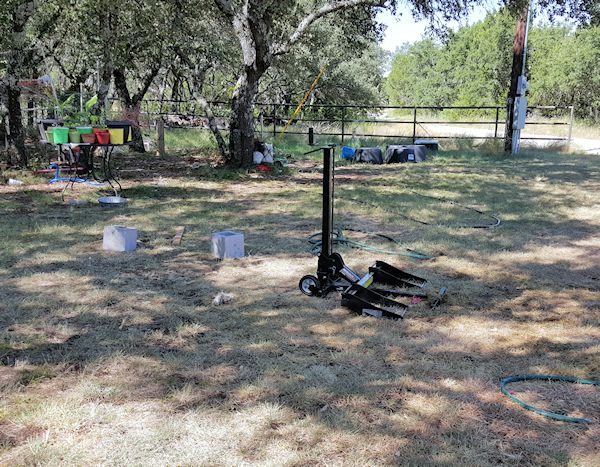 Probably since March, the old mower has been up on this jack more than it’s been on the ground. Vince would think he had it fixed, make a pass around the house and it would break . . belt would come off or something else. Twice he thought it was fixed and got out in the woods and it broke and had to be towed back to the house so he was a bit apprehensive about going too far out with it but he needed to get a fire break cut and didn’t want to do it with the tractor . . for some reason, and he surely wasn’t going to use the new mower. 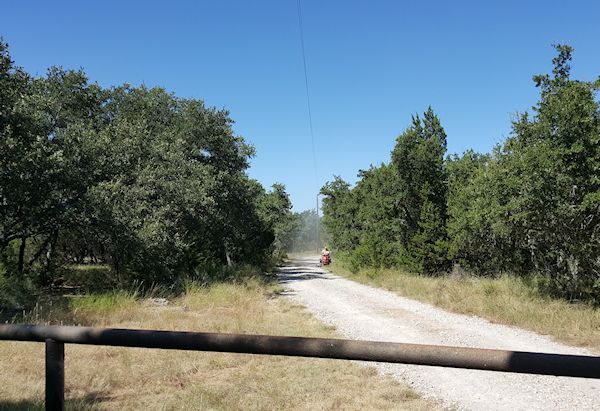 He cut a fire break around the yard . . between what we maintain for the house, and the area that has really overgrown weeds. Every now and then I’d go out and listen just to be sure I could hear it running. If I didn’t hear it, I would go out in the RTV and rescue him. 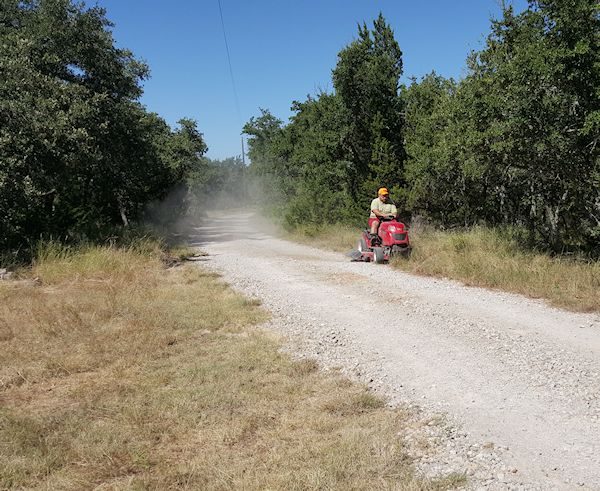 He made it! Got everything cut that he wanted to get cut and the mower is still running. Yay, Vince.

I think with all the activity, some of the chickens were getting brave and were chasing grasshoppers a bit too farm from their safety zone. 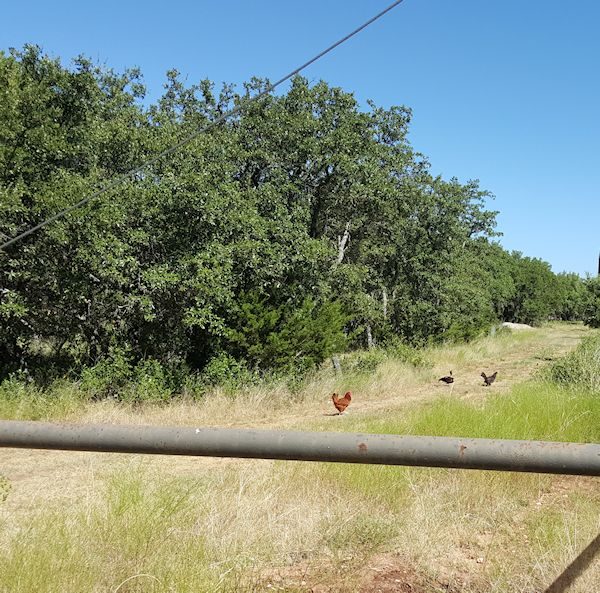 I kept telling them .. there are foxes and big snakes and all kinds of creatures that want a chicken dinner but I think they wanted to go visit the neighbor. That’s our path to the neighbor’s house so we never have to get on the highway. It’s a pretty good little path . . even the electric meter reader guy uses it now that we have it so beaten down.

The chickens made it back home safely . . they didn’t get eaten by a fox!