Limoncello is one of those liquors that’s fairly easy to make at home but I’ve never made it. Maybe if I have a good crop of lemons this year, I’ll try making some. When I was in Houston at the beginning of summer with a friend, we stopped in at a liquor store looking for something for Vince. He wanted something he can’t get around here . . I think it was either a different brand of Campari or a different brand of sweet Vermouth. His favorite mixed drink is a Negroni and me, being a non-drinker and always looking for something that tastes like Dr. Pepper, I don’t like a Negroni at all. But while my friend and I were walking up and down the aisles of a huge liquor store, I picked up a bottle of Limoncello and then found this recipe for Lemon Drop Martinis. They are good! They hardly taste like alcohol at all but they get the job done . . quickly. My friend and I had one and we were both giggling. The husbands had two and they were beginning to tell tales neither of us wives wanted told!  Don’t worry . . these are friends we visit through the woods and never get on the highway.

We truly aren’t big drinkers but Vince needed something from the liquor store . . gin for his Negroni, so we went by there Saturday afternoon. Talk about a happening place on a Saturday! I had my phone out to take a picture of this recipe: 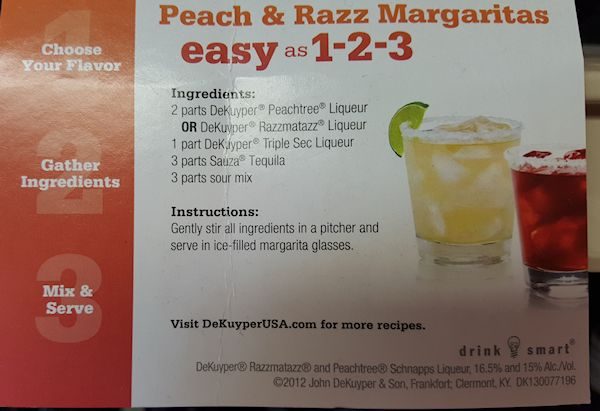