When I was looking for a picture of Addie when she was born, I found this picture of our peach trees in August, 2011.

We had just planted them and they were tiny.

Now, just three years later, they’ve grown so much. I put up over 100 pints of peaches this year and over half of those came from our three trees. 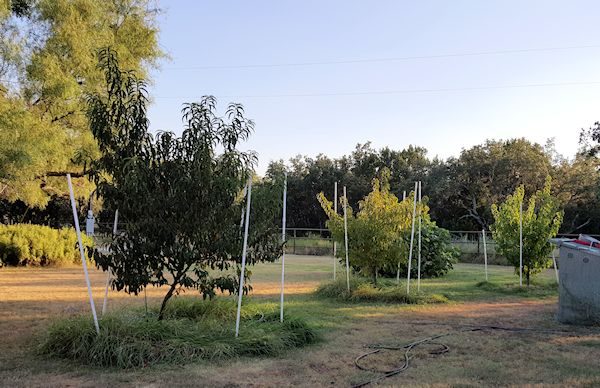 Even the weeds have grown taller. A few more chicken coops have sprung up but I was really surprised to see how much the peach trees have grown in three years.