Poor Vince! Tonight we had venison. He didn’t grow up with it but he loves to hunt and since we eat what we get, we eat venison. I like it and often I can disguise it and he doesn’t realize we’re eating it. I can use the ground meat in meatloaf or mix with pork to make burgers. I can cut it up and use it in chili and stews, but tonight we were having fried venison with gravy, rice, corn and salad. He asked what we were having and I could not lie. I said “Meat and gravy!” Dead giveaway . . what kind of meat? 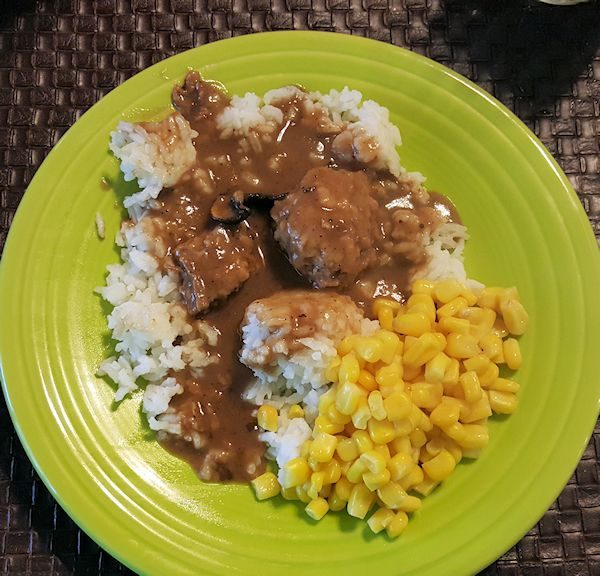 At first, he said “I’ll just have a sandwich!” NO WAY! I know it’s hard to learn to eat things you didn’t grow up eating. He also won’t eat squirrel but thank goodness, he’s learned to like crawfish and frog legs.

When I fixed his plate, I gave him two chunks of meat, he ate those and he asked for two more! Very good sign. I kept saying “Are you sure you’re ok with it?” and he said “I’m going to hunt so I’m going to learn to like it.” Honestly, when you think of all the hormones and antibiotics in most of the beef we buy, and the price we pay . . I’d rather eat venison from the back yard for every meal.