At Eat, Sleep, Knit, not only do they have the Yarnathon with the badges and knit alongs going on but they also send a scratch off ticket with each order.  In the past years, probably 95% of the time, I got a $5 store credit but this year, it seems like two out of three are duds. I shouldn’t say that because I just sent in $85 worth of winning tickets but two of those were $20 each. I’ve been shopping at Eat, Sleep, Knit since 2008 and had never gotten anything over $20 . . until the past week.

It’s hard to believe . . don’t feel bad if you don’t believe it because I really don’t either . . but I’m trying not to buy yarn. Last week, ESK tweeted that they’d found one “vintage” skein of Madelinetosh Pashmina in the color Vanilla Bean that was buried in the wrong bin. It had indications that it was a bit old . . the label was handwritten and stapled (new labels are printed and taped). Who will be first to order and get this vintage skein?  Since I happened to be right there at the computer, I guess it would be me!  It arrived yesterday and when I scratched off my ticket, look what I got! 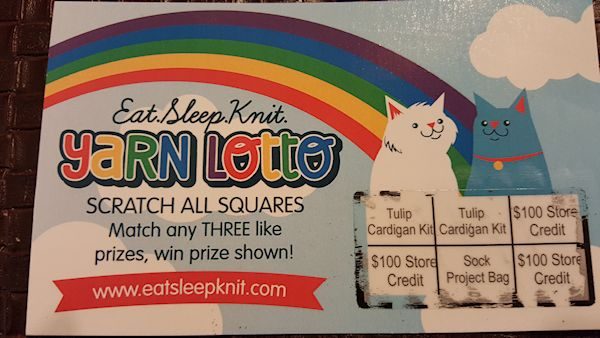 And, here’s the one I got last week! 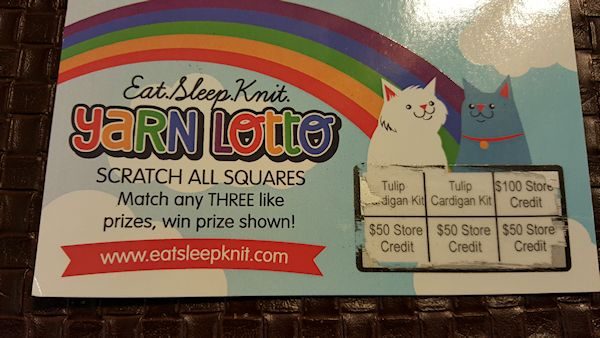