Old Speck is at the vet today having his teeth cleaned and it’s quiet and weird around here without him. Since he can’t hear, he apparently never knows we’re about to step on him and he stops right in front of us so even without him around, I keep watching out for him and trying to make sure he isn’t going to get stepped on.

Rita loves to sneak around and bark at him when she thinks she’s surprising him but since he never hears her barking . . it doesn’t bother Speck at all. So, Rita’s been kinda on the lookout for Speck all morning.

I’ll go pick him up this afternoon and he’ll be groggy and grumpy . . pretty much like he is all the time!  🙂 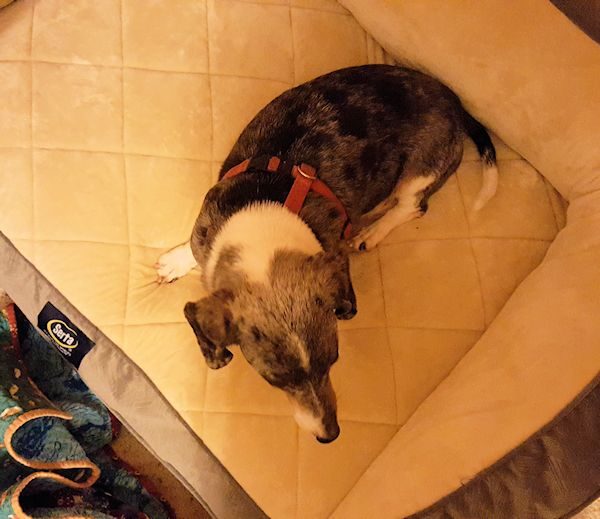 He is so in love with his new bed. I am glad we got it for him. When he gets tired during the day, he’ll go sit by the bedroom door so I can open the door and let him in. I’ve seen Rita in the bed once but thankfully, Speck didn’t see her in it! He’s not much into sharing anyway and I don’t think he’d consider sharing his bed at all!