Yesterday I noticed there were a few loofah that were dry enough to pull from the vines. 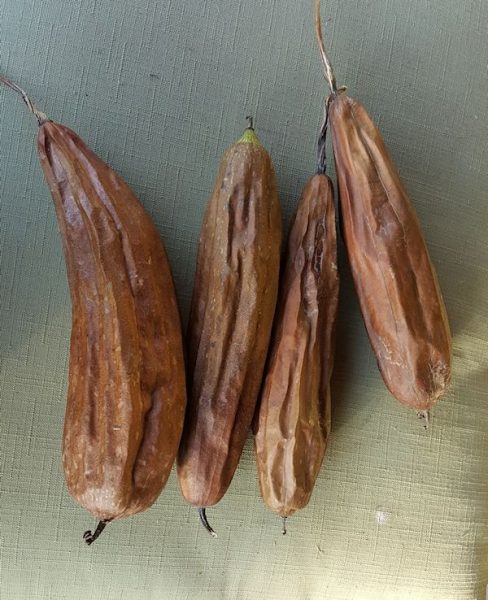 When they’re ready to pick, they’re very shriveled looking and when shaken, the seeds rattle around inside. The next to end one on the right could have been left a little longer but the vines/leaves are so thick, it’s hard to see the actual gourd.

They can be left to dry on the vine, which is  my preference, or they can be picked and placed in a dry area to dry out. I’ll let all of mine dry on the vine until there’s a frost coming and then I’ll pick the ones left on the vine and let them dry inside.

It looks like we’re going to have a great crop of loofah this year. I’m always happy when I get enough seeds for next year’s crop and the seeds just from those four are enough for several years! 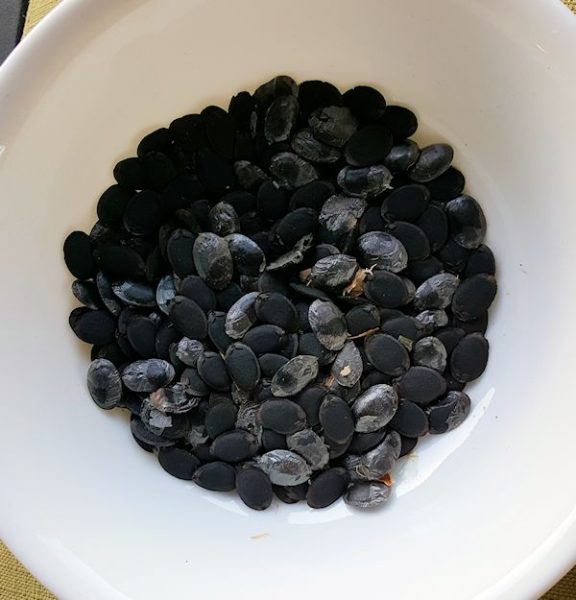 My initial seeds came from an old guy in Kentucky. I passed by his house when Chad was in elementary school and one day I stopped and asked him what was growing and he handed me a few seeds. Almost every year since, I’ve grown loofah and shared seeds with friends. 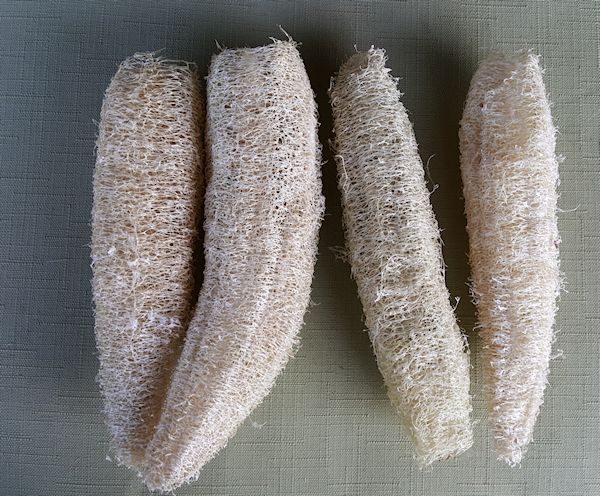 I sat out on the porch last night and peeled the four I had picked. They’re very easy to peel. Bang them against something hard and the shell cracks and comes right off. 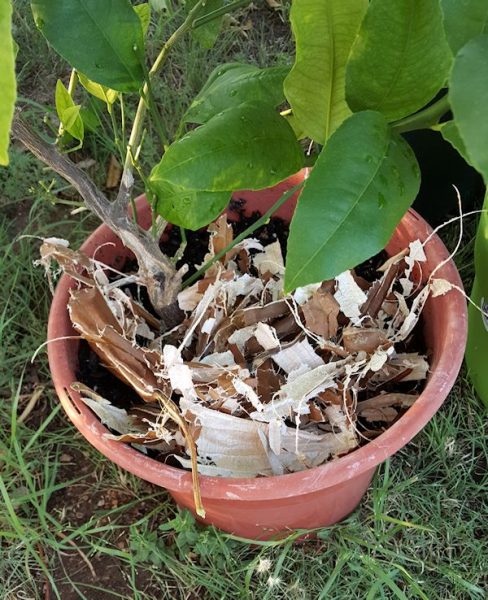 I threw the skins on top of the lemon trees. They have to provide some kind of nutrient .. or at least they’re good for mulch.

When it was shower time last night, I couldn’t wait to cut off a slice of home grown loofah! 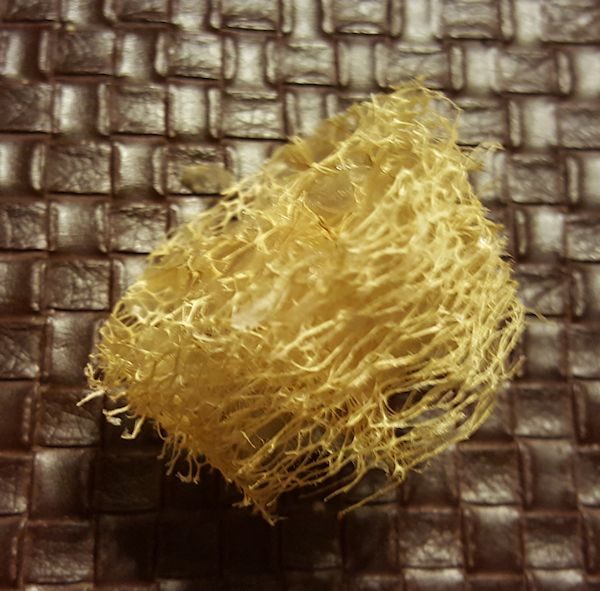 Looking at it from the top, these “tubes” run the whole length of the gourd and that’s where all the seeds are so once the bottom of the skin is removed, the dry seeds just shake right out. 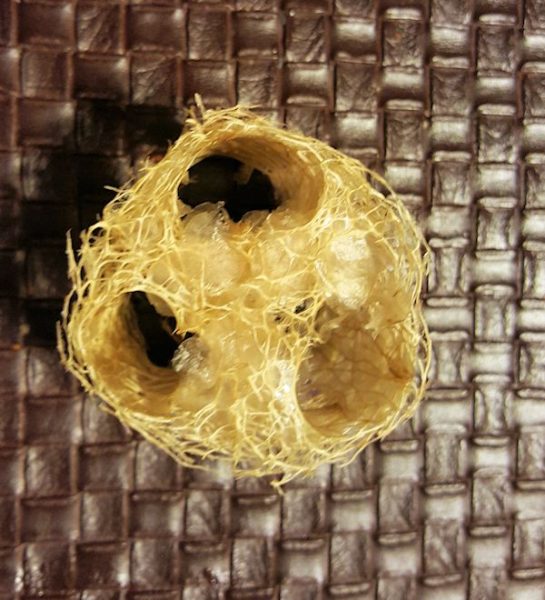 When using them in the shower, when I’m finished with the shower, I hang the loofah on a little hook (through those holes) and it dries back to its original state. I only use them every 3 or 4 nights on my legs, arms, feet . . just kinda gets the dead skin off. One slice will easily last a week or two before I toss it. The loofah slices also make great dish scrubbers.

I love that I’ve been growing loofah for at least 12 years . . maybe longer . . from those few seeds given to me by the old guy in Kentucky.