We hear about drones but I never thought a whole lot about them til some guy used his drone and made the coolest video of Lake Brownwood flowing over the spillway and the water rushing downstream during our recent flood. That guy is probably a professional and knows more than we’ll ever know about filming with a drone and editing a video but it got me thinking . . I told Vince . . we need a drone!

While out shopping the other day, Sam’s Club had one. We both walked by it, stopped and at the same time, said “A drone!” 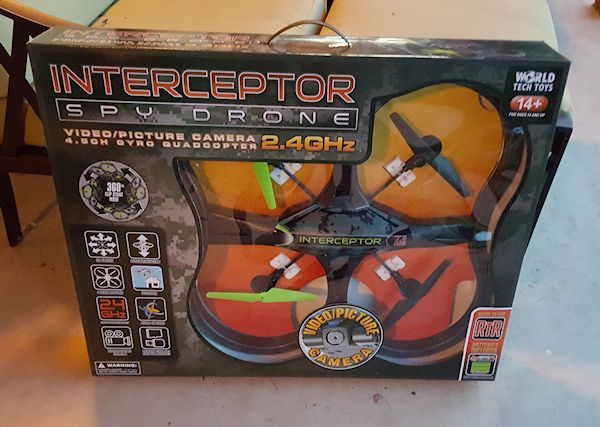 I doubt we play with it much til it gets cooler.  We have a few 100+ degree weekends coming up and I don’t see us being outside much for the foreseeable future but this is going to be a fun toy once we get to play with it.

With a million and one things to be done around here, just what we needed was a new toy but you know what they say about all work and no play . .