WARNING – There’s a picture down lower that could scare you!  🙂

This morning, as most every morning, just as it gets to be daylight, I go stumbling, half asleep, out to let the chickens out. I can hardly wait til winter for several reasons:  Not so many critters and daylight will come a bit later in the morning.

This morning, the first thing I encountered that made me jump and kinda wish I had gone to the bathroom before letting the chickens out: 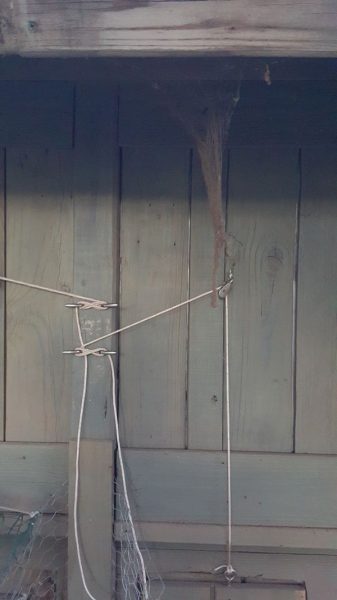 It’s kind of a neat picture but this is the coop I don’t like because I’m having to walk between two real close fences and I’m watching my toes to be sure nothing gets me from the ground . . and this is where I grabbed the snake’s tail thinking it was one of those cords. This morning, I was watching where I was walking, got right up there in that narrow little space, reached up to grab a cord to open the door and dang it . . . I thought it was a critter tail hanging down but it was only a dirty cobweb that had come loose and was hanging down.

Then I went on to the next coop and I was kinda halfway trying to look up to make sure there was nothing going to get me, and look down to watch my feet and I came across this that wasn’t there yesterday so . . where might he be? Hopefully very far away but I’m guessing he isn’t so far away and he sees me. 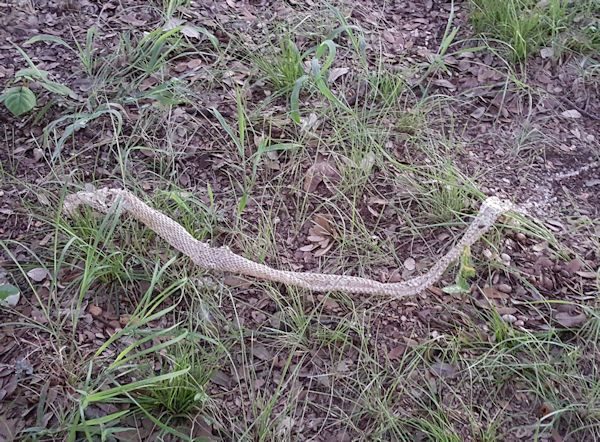 As I was walking back to the house, I was met by my usual friend wanting to be fed. He sits right by his food bowl, making sure I see him but as soon as it’s obvious I’m heading his direction, he runs back into the tall weeds. Because I can’t get close to him, I have to zoom so much that the photo is blurry . . sorry . . maybe some day I can get closer to him. 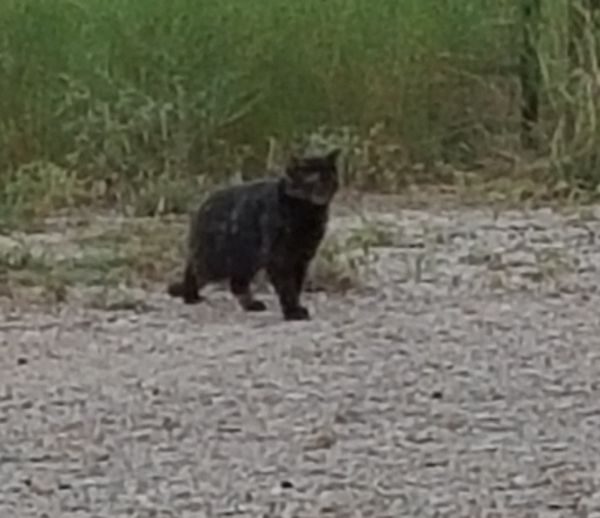 There are few days that go by that I don’t stop and think about those poor women who headed west with their husbands .. into the great unknown, and encountered way worse than we face here. I wonder how many of them thought “What the heck have I gotten myself into?” I don’t know how any of them survived .. heat, drought, bugs, snakes, wild animals .. and no OFF with Deet!  I’d never have made it.